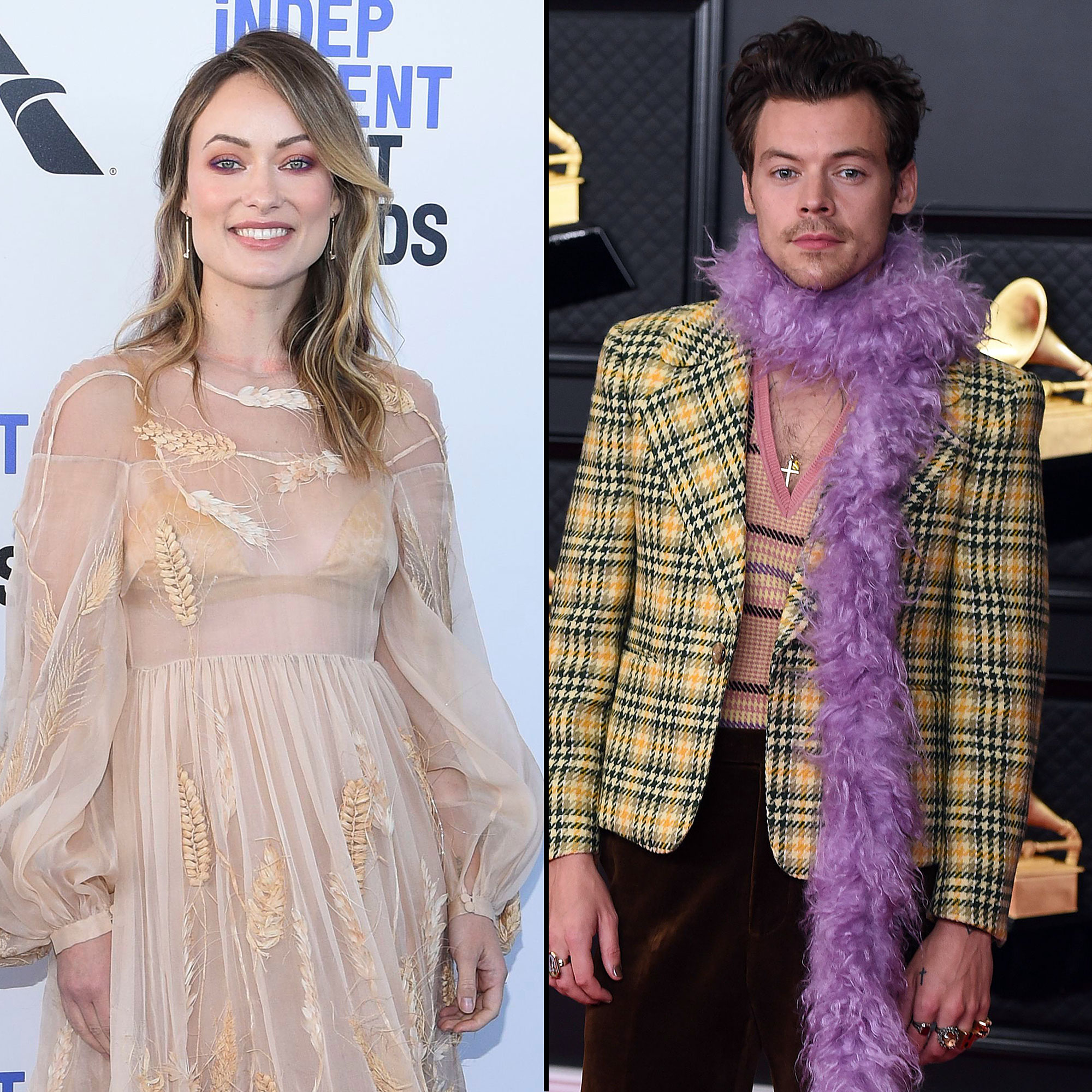 He met the parents — and they love him! Olivia Wilde‘s family showed up to support Harry Styles at his New York City concerts.

Styles, 27, brought Love on Tour to Madison Square Garden on Sunday, October 3, and Monday, October 4. While the Booksmart director, 37, didn’t appear to be at either show, a source exclusively tells Us Weekly that she sent some of her loved ones to cheer on her man.

Wilde’s parents, Andrew and Leslie Cockburn, and her younger brother, Charlie, were at the Sunday show while the O.C. alum’s best friends were in the arena the following night, per the insider.

The former One Direction member didn’t directly acknowledge the actress’ parents, but “they seem to be big fans of his just like Olivia,” the source says, noting that Styles seemingly blew a kiss their way mid-performance.

Wilde’s mom and dad were totally encouraging in the crowd, snapping photos and videos as they cheered on the “Watermelon Sugar” singer. “It’s very obvious they’re supportive and adore him,” the insider adds.

Everything We Know About the ‘Don’t Worry Darling’ Movie

Wilde and Styles met in late 2020 on the set of the upcoming thriller Don’t Worry Darling. The director and the leading man had immediate chemistry before taking their relationship public in January.

As their romance continued to progress, another insider revealed that those close to the House alum could see a huge difference in her mood. “Olivia’s really smitten by Harry,” the source explained in July. “He makes her really happy. It’s like he’s brought out this giddy side of her.”

The Grammy winner has three more New York tour dates this month. Though Wilde was not at the first two Madison Square Garden concerts, she is very supportive of her beau’s career — just like he is of hers.

“Olivia and Harry have an ease to their relationship, they love and support each other, but also let each other be free and work on their own,” a separate source previously told Us.

Wilde has been in the audience at several other tour stops, including Nashville, St. Louis and Las Vegas, where she was spotted by fans right away.

Unlikely Celebrity Couples Over the Years

“She was very happy for him and cheered him on,” an eyewitness told Us last month. “She was hardcore dancing and clearly was very supportive. She recorded him from her phone when he was singing ‘Cherry.’”

The New York native was previously engaged to Jason Sudeikis, with whom she shares children Otis, 7, and Daisy, 4. Us confirmed in November 2020 that the former couple called it quits after nine years together.

Tags: Olivia, Parents, We, Wilde's
You may also like
Celebrities News