If you’ve been looking to reduce how much you spend on your TV bills then switching to NOW TV could be the answer. The Sky-owned service has just announced a massive sale event with some bundles reduced by as much as 60 percent. That huge drop means you can currently get six months access to Sky Cinema and Sky Entertainment for a one-off fee of £49.99 – that’s a giant saving of over £70.

Along with that bundle, there’s also the option to get the Sky Entertainment Pass for £5.49 per month or the Sky Cinema Pass for £7.99 per month – both of these offers last for four months and save over 30 percent off the standard price.

Finally, there’s two deals on Sky Sports with five months of action available on your smartphone for just £9.98 which also includes a Day Pass for your TV.

If you want the action on your television for a little longer then you can get a Week Pass plus five months on your mobile for £14.98.

Although these deals are good there are some things to note about NOW TV.

Firstly, the service arrives in your home via broadband so you need to make sure your connection is good enough to stream this content. 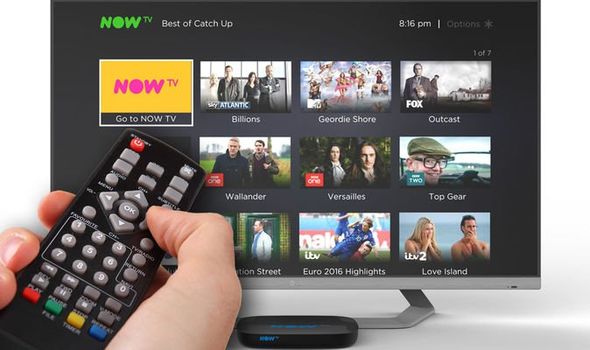 NOW TV says that anything over 11Mbps should be fine but the faster things are the less likely you are to suffer any buffering.

Along with fast connection, you’ll also need a device to stream NOW TV on. Compatible gadgets include some Samsung and LG smart TVs plus Apple TV, EE TV, PS4, Chromecast and NOW TV’s own streaming sticks.

One final thing to be aware of is that, unlike Sky, there’s no way to record NOW TV content with all television that’s not live being viewed online via catch up.

If you want full recording compatibility and access to 4K quality then you’ll need to subscribe to Sky’s Q service.

This premium set-top box isn’t cheap with monthly subscriptions starting from around £27 per month.

YOU CAN FIND ALL OF THE NOW TV DEALS HERE

These NOW TV deals arrive as Sky has begun writing to customers with news of a price hike.

The satellite TV firm has been sending out emails to all those affected by the rise which could see some paying over £70 more per year. In the email, seen by Express.co.uk, Sky explains: “At Sky, we aim to bring you the most unmissable entertainment and innovative products that you can enjoy, 365 days a year.”

The message then goes on to reveal just how much more you’ll pay each month with different plans and services subject to different hikes in price.

For example, those who subscribe to Sky Entertainment and Multiscreen will pay £3 per month extra whilst those with Sky Broadband Essential will pay £2 more each month.

Here’s all the changes coming to your Sky bill.

This article contains affiliate links, which means we may receive a commission on any sales of products or services we write about. This article was written completely independently, see more details here.