Nothing heats up a marital row faster than a heatwave: IMOGEN EDWARD-JONES says her vows are stretched during the warmer months

There is nothing quite like a heatwave to make the British nerves, usually so resilient, snap. No sooner does the mercury inch over a balmy 22 degrees than we, as a nation, lose our cool.

Suddenly the polite, brolly-wielding, door-opening persona, the you-before-me, disappears, and we become short, sharp and hot-tempered. And I’m embarrassed to admit I feel this most keenly with my own husband. Never are my vows stretched further, never have all those awful little irritations suddenly come to the fore, than during a scorcher.

For me, it’s the moobs — I can’t abide them. With the first rays of proper sun this week, suddenly every single man in Britain clawed away at the back of his T-shirt and whipped it off. Street. Park. Sainsbury’s. Bare-chested hirsute silverbacks displaying their bouncing breasts are everywhere.

My husband, slightly the wrong side of 30, doesn’t see the moob problem. He thinks it’s fine to whip his own shirt off whenever he fancies it. He’s not a Sainsbury’s Moober, but he thinks the park is just fine. Just as it’s also fine to have lunch looking at someone’s armpit hair. His old workout vest is acceptable around the dinner table — as are bare feet, apparently. 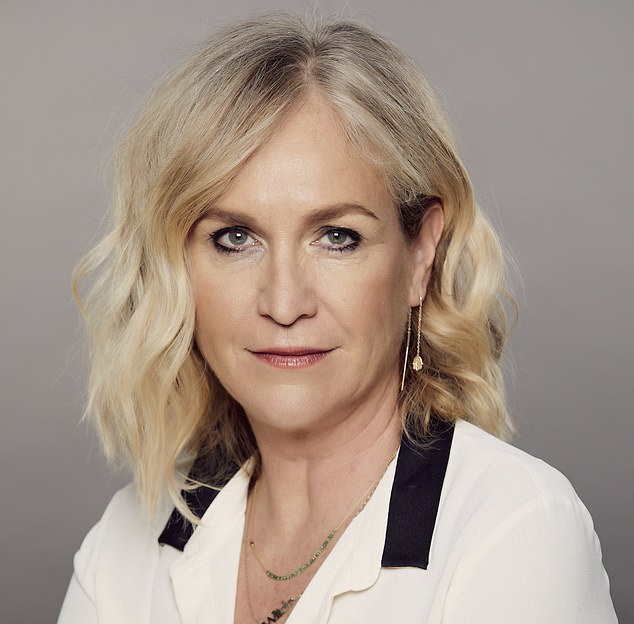 Imogen Edward-Jones (pictured) says that her and husband argue more in warm weather. UK-based writer describes how it is the ‘moobs’ that sets her nerves of edge

But it’s not just the shorts, moobs, flip-flops and hairy feet combination that makes hot weather so challenging to me, it’s how bloody cross I feel with him when the temperature rises.

We always think the sunshine brings out the best in us, sighing that if only we had the same climate as Spain, how happy we’d all be. Glossy, tanned, fond of a siesta and living on salads and seafood. But the truth is, nothing heats up a marital row quicker than a heatwave.

And the worst of these is in the bedroom. Stuffy, hot, stultifying, my husband and I struggle to sleep. Windows open? Windows shut, due to his hay fever. Of course. Curtains open? Curtains shut 24 hours a day, due to too much sunshine. Of course. Duvet? Are you mad? So I’m stuck with the top sheet.

And there’s nothing more annoying than lying in the dark secretly wishing your other half dead, while waging war over a scrap of cotton. The tug of war, the huffing and puffing and kicking of legs only to wake in the early hours like a beached starfish, while he’s managed to snaffle the lot and have it wrapped around his legs like a coddled beanstalk. 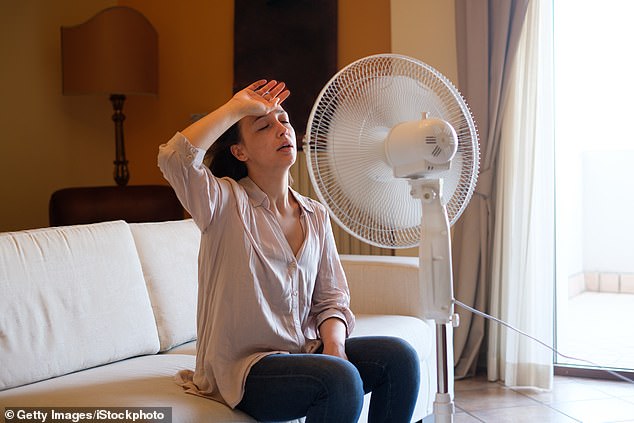 Imogen says that nothing heats up a marital row quicker than a heatwave. She says that her husband, form Birmingham, thinks the tong of a BBQ is something in your mouth

Then there’s the barbecue. There are some people, like my Australian friend Peter, who are born with a set of tongs in their hand. But my husband is from Birmingham, and he thinks a tong is something in your mouth.

As such, he should never be left in charge of an actual fire. Mostly it goes out. Then it gets doused in paraffin, which makes the food taste great, by the way. And then it burns the food, which also makes the food taste great, by the way. I have lost count of the times we’ve all sat down ready to tuck into an apparently cremated chicken breast only for the call to go out: Stop! The inside is raw and could possibly kill you!

The other pressing question is what to drink during a heatwave? Summer calls for special drinks, like Aperol Spritz and Pimm’s. Or indeed a litre of rosé, or ‘lady petrol’, as it is called by the unkind.

Nothing makes a lady crosser than being told she has had a little too much petrol of an afternoon. 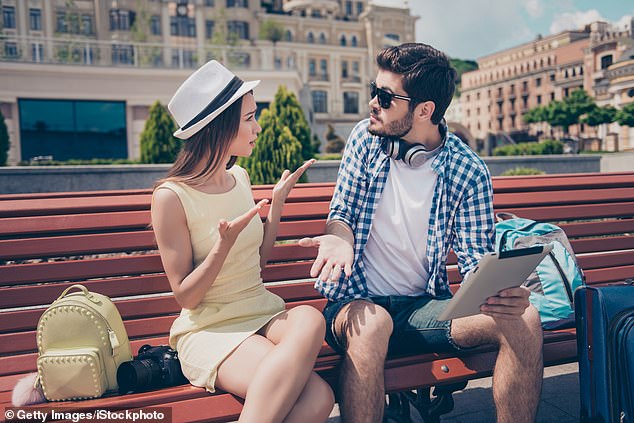 Men, more specifically husbands, appear to have an innate ability to fall asleep anywhere and everywhere

And finally, worst of all, is the afternoon nap. Men, more specifically husbands, appear to have an innate ability to fall asleep anywhere and everywhere. Particularly after an exhausting barbecue that involved huge amounts of hunting, gathering and setting fire to things, followed by three glasses of fruit punch and an ice cream.

Trotters up, moobs out in the sun, mouth ajar, catching flies, there’s nothing like a well-earned rest after a lovely lunch.

Except I never get one. All jobs get left to yours truly while the exhausted chef has a sit down. There’s a barbecue grill to scrub, a salad to clear up, chicken to throw away, a paddling pool to blow up, a dog to walk. Don’t mind the snoring! Followed by the yawn, the stretch and the comment: ‘I’m not sure where today went?’

At which point, it is better to step away from the husband, find yourself a darkened room, even the cupboard with the boiler is probably a few degrees lower than the air outside. And scream as if no one is listening…because they aren’t.

For nothing says a heatwave more than a frazzled woman sitting alone in the boiler cupboard in the dark. Anyway, enjoy the weekend.

GMB’s Susanna Reid, 51, is a vision in white as she displays toned legs at TRIC Awards