Prince Harry and Prince William have had a close relationship as brothers. Until recent years the pair lived in close proximity at Kensington Palace. However, there are claims their relationship has cooled in recent years.

Prince Harry and William arrived at Westminster Abbey today for the Commonwealth 2020 service.

Harry arrived with his wife Meghan Markle, both coordinating in green, and William and Kate arrived moments later.

Harry and Meghan were sat in their second row seats as William and Kate arrived to take their front row positions.

Body language expert Judi James said: “For everyone longing to see a warm reunion between brothers William and Harry at this last public outing there was some disappointment.” 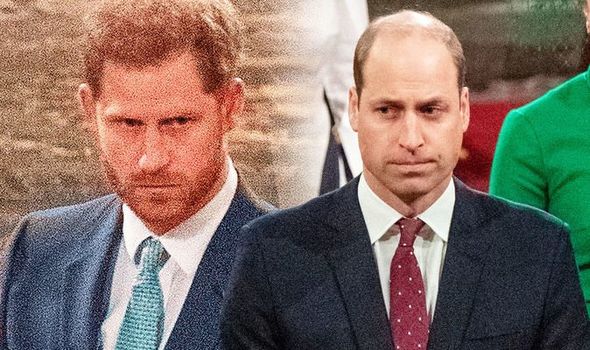 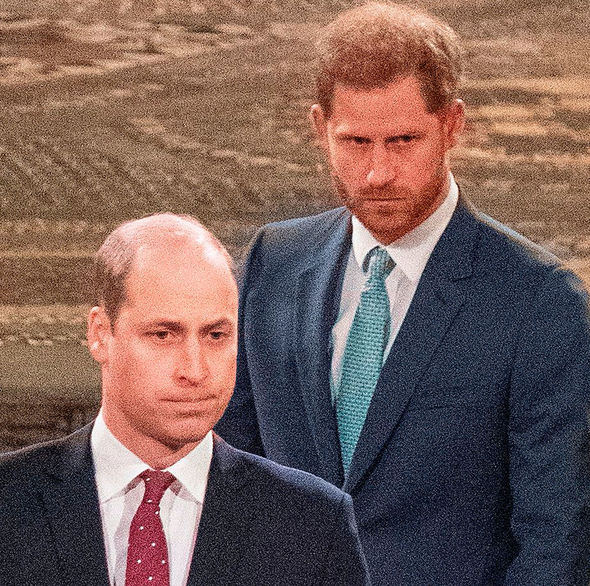 The expert claimed the pair appeared to be avoiding any conflict with their cool behaviour.

“Several of their behaviours echoed avoidance techniques that have been visible at other events over the past few years and their greeting when it did come involved a brave but rather tense smile and ‘hello’ but no later rituals of chatting or bonding before Harry takes his leave.”

It was Harry who appeared the most anxious, according to the expert.

He performed various moves with his engagement ring, prompting speculation he was leaning on his wife for emotional support.

Judi said: “On the way into the Abbey Harry performed several signs of tension, keeping an unsmiling expression and clutching at his wedding ring the moment he dropped the hand clasp with Meghan, suggesting he was missing her already even though she was still at his side.

“His barrier gestured increased along with what looked like metronomic tapping rituals with his hands and his programme of service.

“Prince Edward did a great job of keeping both Harry and Meghan chatting but it was clear the proximity with William was producing some signs of increased tension.”

However, Prince Harry and Kate Middleton did show some signs of friendship according to the expert. 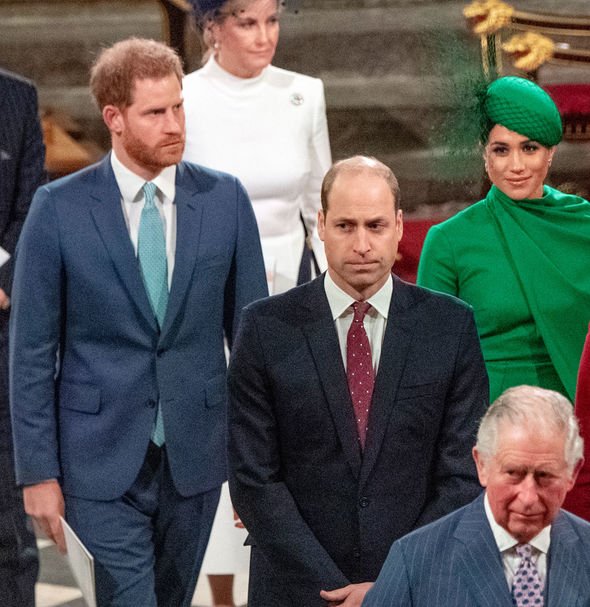 She said: “Harry and Meghan both greeted Kate with friendly smiles of hello, with Harry, in particular, throwing an open-mouthed grin that defined their close friendship and shared sense of humour.”

Kate and Harry have got along famously in the past, with playful Harry credited for bringing out sometimes shy Kate’s confident side.

Harry and Meghan Markle put on a united front in their green matching looks. 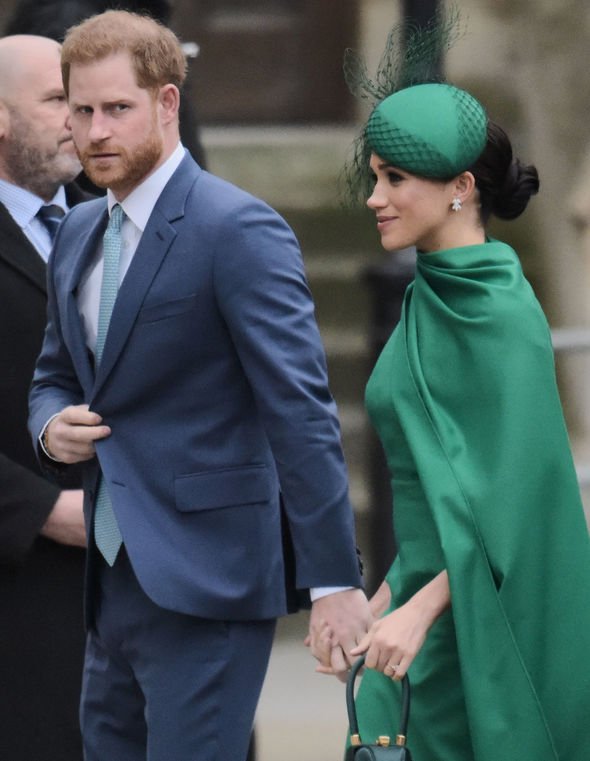 The original design dost £965, however, bespoke dresses can run into the tens of thousands.

The royal line of succession – who outranks who?

The line of succession to the British throne dictates the order in which each member of the Royal Family would ascend to the throne.

It is also seen as a ranking of importance with the head of the line, the Queen, taking the place of ruler.

Older children come before younger children. Traditionally boys came before girls, but this law was changed on 26 March 2015 before the birth of Prince William’s first child.

Incredibly, Catholics are still excluded from the line of succession, as are children born outside of wedlock.

The royals, who usually stick to a strict protocol when appearing in public, often arrive at events in ascending order of importance, with the most important royal arriving last.

Prince Charles, 71, is currently second-in-line to the British throne, followed by Prince William, 37, his oldest son.

Then comes Prince William’s children, George, six, Charlotte, four, and Louis, one, and they are followed by Prince Harry, 35. Prince Harry is succeeded by his son Archie Harrison, born in May 2019.