PARTY-loving Neymar showed his crutches and an ankle injury haven’t stopped him kicking off his New Year celebrations early – as he pulled off a spectacular poker triumph.

The Paris Saint-Germain striker was put out of action before the Christmas break after landing awkwardly in a Ligue 1 clash with Saint-Etienne and leaving the field on a stretcher. 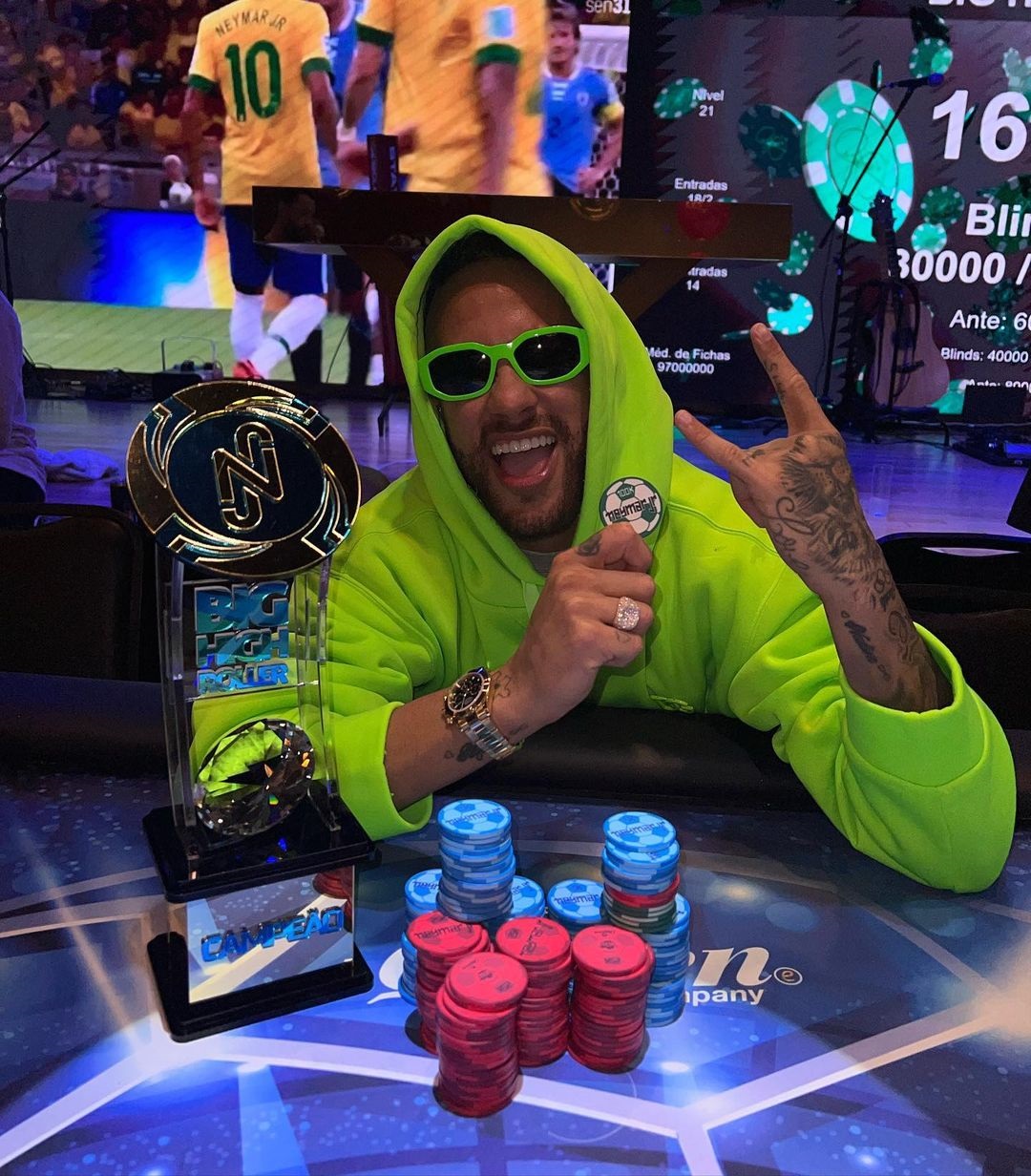 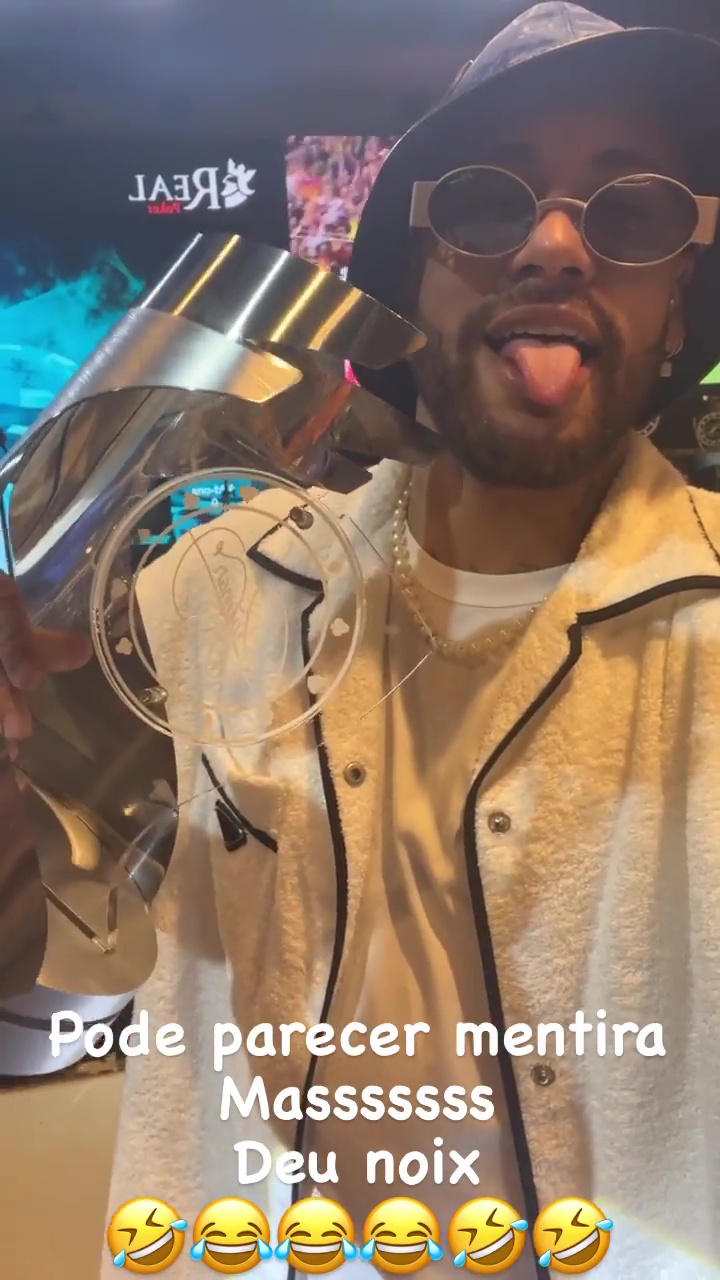 But he appears to have switched his focus to letting his hair down after updating fans on his rehabilitation by posting videos of him doing gym work following his return to Brazil for a sunshine break.

He has been playing poker in the run-up to the New Year, defeating Brazilian professional player Andre Akkari in a tournament the footballer organised.

Neymar made sure he got noticed with garish outfits which included a fluorescent green Hoodie and matching sunglasses.

Overnight the Brazil hero posted selfie footage sat on a chair with his crutches in front of him as he joined singer-songwriter pal Suel by grabbing a microphone and exercising his own vocal cords.

Local reports say Neymar is planning a New Year’s Eve party at his mansion in the paradise resort of Mangaratiba near Rio de Janeiro where he celebrated the arrival of 2021.

The bash last year led to local reports Brazilian prosecutors had launched a probe into possible Covid breaches, following claims in local newspapers a five-day party for more than 100 guests had been organised which the footballer vehemently denied.

The 116-cap ace ended up using his Instagram to show he had simply organised a quiet dinner with family and close friends, although it later emerged pretty Argentinian singer Emilia Mernes had been a VIP guest when she and Neymar were pictured dancing to one of her popular songs.

The footballer, who spent Christmas at a new £2.5million seven-bed mansion he has bought near Sao Paulo, is expected to see in the New Year with stunning Bruna Biancardi.

The 27-year-old brunette insisted last month she was single in an Instagram question and answer session, but was photographed with Neymar in Paris before he left for Brazil and at a Christmas Eve visit he made to his grandmother after reaching his homeland.

Neymar recently won backing from Brazilian soccer legend Ronaldo after being criticised when he was spotted partying in a Sao Paulo bar following his country’s World Cup qualifying match last month against Argentina.

He had missed the game because of injury.

The new attacks in his homeland came after he was accused of sporting a “pot belly” in the summer following the snaps of him holidaying on a yacht off the coast of Ibiza came out.

Neymar fired back then at his critics by telling the Fui Clear YouTube channel: “How can one be 12 years at the top without taking care of himself? Nobody gets that.

"I know how to take care of myself, I have a physical therapist and a physical trainer practically 24 hours with me, for what? Not at all?" 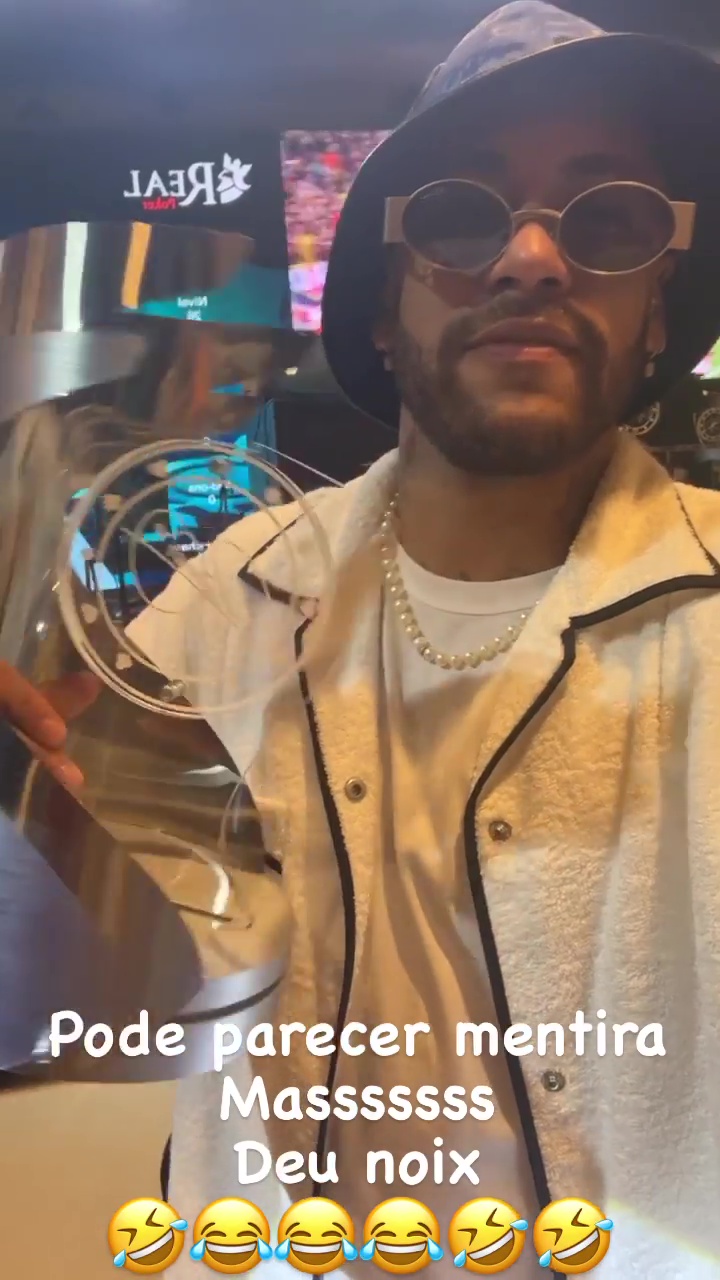 "You have to judge me for what I do on the field, there I allow you to speak, but what I do outside."

Former Real Madrid striker and current Valladolid president Ronaldo Nazario, who piled on the pounds after retiring from soccer, said in a recent Podcast: “I suffered the same as Neymar.

“The private life of a well-known or famous person or of an athlete, shouldn’t matter to anyone.

“What does it matter what someone drank, ate or didn’t eat!”