Media executives could be forgiven for thinking that in era of Shiv Roy, Saul Goodman and Ted Lasso, piracy was a thing of the past.

Between 2015 and 2018, the number of Australians pirating movies dropped from a staggering 49 per cent to just 21 per cent, according to federal government data. The sharp decline reflects the launch and rise of subscription-based video streaming services such Netflix, which debuted offering easy access to a smorgasbord of content for less than $10 a month. But since the pandemic, federal data shows piracy is flat or rising. And the forces underpinning this resurgence — a proliferation of services, the scattering of the best shows and movies across those services, and rising prices — all point to a key question facing the $4 billion-a-year streaming market: are multiplying services pushing some users away? 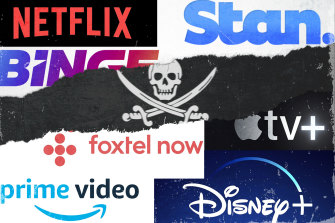 When streaming services arrived in Australia their proposition was clear: simple access to a vast array of content at a low price. Netflix and Stan (owned by Nine Entertainment) both once had much of the Disney library, such as its Marvel superhero franchises like Thor along with Pixar titles like Toy Story. Now Disney has its own streaming service. So do Paramount, Apple and Amazon, which announced it was buying James Bond maker Metro-Goldwyn-Mayer last year as the war for content accelerated.

Though the move to streaming cost media giants like Disney lucrative licensing agreements with distributors, those who led the move continue to defend it. “We were being disrupted by others, so why not disrupt ourselves?” former Disney chief executive Bob Iger told a Macquarie Technology Summit last month.

Beyond a fear of missing out, traditional media companies and tech players were lured to streaming for myriad reasons including encouraging people to stay within their tech ecosystems, to try and capture the high multiple investors ascribed to Netflix shares on the stockmarket. But that was before pandemic lockdowns ended and a broader tech rout sent share prices plummeting. (That rout was kicked off by Netflix’s last quarterly earnings report. The company will deliver its latest results later this week).

Now the streaming market is just as congested but not as commercially attractive, prompting services like Netflix to plan cheaper subscriptions supported by advertising in an effort to restart growth.

The much-discussed American TV show The Bear offers a useful example of why piracy is stubbornly flat, if not resurgent. Though it doesn’t yet have the fame of a Stranger Things, reviews aggregator site Metacritic rates The Bear as “universally acclaimed”. The show, which is about a chef’s return to run his family’s sandwich shop in Chicago, launched in America in June to rave reviews. 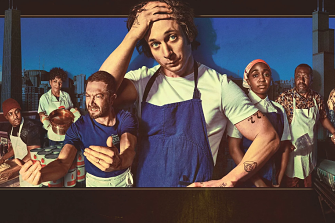 The delayed Australian release of hit show The Bear, about a fine-dining chef running a Chicago sandwich store, has prompted some people to pirate it.Credit:FX

“I had to pirate The Bear because it’s a [US streaming service] Hulu show that isn’t available here!” said one viewer, speaking on condition of anonymity. “That said, at this point I’ve got Disney+, Binge, Netflix, Amazon Prime, and Stan. It’s out of control and I’ll be damned if I also pay for Paramount+.”

The Bear will launch on Disney+ next month, but the confusion makes plain a frustration for consumers: every major streaming service only has a handful of really big hits. To access them all, a viewer would have to pay almost $70 a month for basic access, without sport streaming like Kayo or specialist apps dedicated to particular genres, which could double that.

People like Melbourne man Will, who did not want his last name used, told this masthead he was forced to pirate one of his most favourite shows because he wasn’t willing to take out another subscription just to watch it. “I was watching [British police show] Line of Duty on Netflix, but the last season wasn’t on there,” said Will. “And I had COVID so of course I was going to download it [unlawfully].”

Due to licensing agreements, Line of Duty’s sixth season is only available on BritBox, yet another streaming service.

While there are some pirates who never stopped illegally downloading because they could or it saved money, Will is in a different category. Like many of his generation, Will and his friends used torrenting services, which let people share frequently pirated files online, regularly until about 2015. That was the year Netflix launched in Australia. But now he is back to torrenting and thinking of cancelling his Netflix account.

“I was like: ‘does [torrent search site] Pirate Bay still exist?’, how do you download stuff?” Will said of his return to piracy. “And it’s definitely still there and it’s easier than working out what streaming service a show is on.”

Others who spoke to The Sydney Morning Herald and The Age for this story pirate content via other means: websites that host illegal streams, software that puts a Netflix-like interface atop torrented downloads such as Popcorn Time or libraries of unlawful content on instances of media library software Plex. Most are more convenient than torrenting alone, when users could just as easily find themselves with a virus as with a new episode of The Sopranos.

Federal government commissioned survey research shows a low of 21 per cent of Australians reported watching at least some pirated movies in 2018. It had been 49 per cent in 2015 but by 2021 year it had risen to 23 per cent. TV programs are similar, dropping from 33 per cent to 18 per cent and then rising to 20 per cent last year, the most recent for which data is available. There was a change in methodology in 2019 but the broad trend suggests the quick reduction in piracy numbers is over. Then there is the question of the pandemic, which boosted streaming growth but may also have contributed to the piracy figures. Its long-term impact is uncertain.

RMIT University Associate Professor Ramon Lobato said piracy levels were tied to income, along with other factors such as convenience. Data released in May by the consultancy Gemba shows average monthly spending on streaming is up 7 per cent this year, “reflecting the price increases across a number of services”. At the same time, the proportion of subscribers leaving within six months of signing up has risen 18 percentage points, with price the leading reason.

“As cost of living pressures rise in Australia, it’s likely that some consumers will become more discerning about what they spend their money on, and may supplement or replace some of their streaming subscriptions with piracy,” Lobato said. “But there’s no hard boundary between piracy and legal consumption; the two often co-exist in Australian households.”

That helps to explain how many services, especially smaller ones, are enjoying growth even while piracy is not declining. “While there is an impact of piracy for Foxtel along with Kayo Sports and Binge, our streaming services are growing quickly, with Kayo subscribers up over 30 per cent and Binge up more than 90 per cent on the prior year,” a Foxtel group spokeswoman said. Netflix remains the dominant service, with about 60 per cent of respondents to the Gemba research saying someone in their family paid for it, but the overall picture is one of market saturation. “Growth has plateaued,” the consultancy concluded, with streaming penetration declining. Netflix revealed it had lost 200,000 subscribers globally earlier this year and is bracing for more to go.

A spokesman for Netflix said competition had always forced it to improve. “We aim to be the one streaming service everyone subscribes to because of the variety and quality of our titles,” the spokesman said. Stan and Apple declined to comment. Disney, Amazon and Paramount were contacted for comment.

Amy Pettinger, general manger of the industry funded anti-piracy group Creative Content Australia, sees things differently. “More services means less pirating,” she said. The group’s survey data shows a sustained decline in piracy since the introduction of streaming services. However, unlike the federal government’s survey, it asks users directly whether they have pirated content, rather than if they have accessed content in ways likely to indicate piracy, raising questions about whether users are leery of self-reporting. 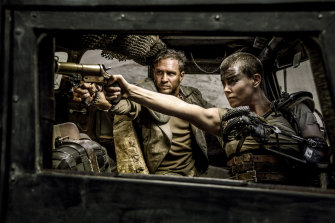 But Creative Content has identified an archetype of pirates who use the plethora of streaming services to justify their behaviour.

“When we’ve profiled people who pirate, the majority are university educated, they earn over $90,000 a year, and they subscribe to three plus subscription services,” Pettinger said. “They are prolific content consumers, so it brings us back to they feel they have some sort of entitlement to piracy because they are already paying for services.”

The industry sees no justification for piracy. It argues piracy destroys jobs, investment and damages great Australian storytelling on screen. Foxtel wants internet platforms to be forced to take more responsibility for the piracy they enable and Netflix says it has anti-piracy measures in place.

Does pirating make Will feel guilty? “No, not really, they’re just big companies aren’t they,” he said.

Stan is owned by Nine Entertainment Co, which also owns this masthead.

The Business Briefing newsletter delivers major stories, exclusive coverage and expert opinion. Sign up to get it every weekday morning.