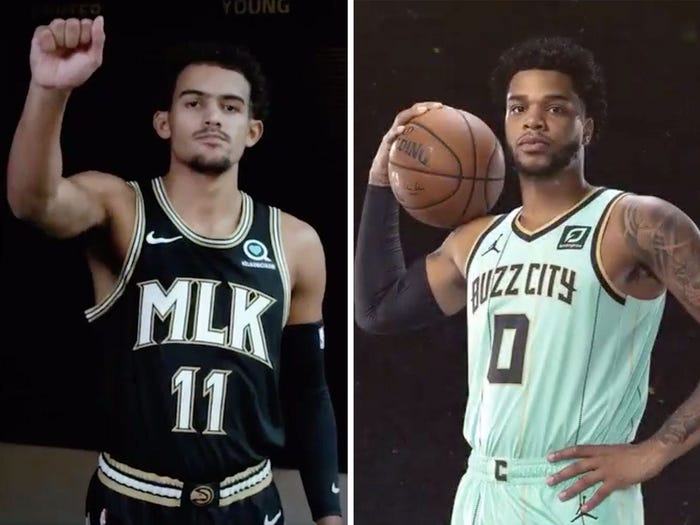 The Atlanta Hawks struck up a historic partnership with the estate of Dr. Martin Luther King Jr. to honor the civil rights legend with new black, white, and gold uniforms.

Winning championships is a major part of the Boston Celtics' tradition, so their new "City Edition" jerseys are designed to look like the green and white banners hanging in the rafters of TD Garden.

Though the Brooklyn Nets have yet to officially release their 2020-2021 City Edition jerseys, leaks suggest that their new threads pay homage to iconic Brooklyn-born artist Jean-Michel Basquiat.

The Dallas Mavericks may be opting for a simpler design than last year's controversial "City Edition" jerseys, with leaks suggesting the franchise will go with a white, gold, and silver colorway.

The Denver Nuggets' uniforms boast warm hues and an outline of the city's skyline.

Golden State will play its first season at its swanky new arena in San Francisco, but the Warriors will keep their former home top of mind with their "Oakland Forever" jerseys.

The Los Angeles Clippers may be going with a similar look to last year's "City Edition" jerseys, according to one leak.

While another leak suggests the Los Angeles Lakers could don all-white "City Edition" jerseys with blue lettering and trim.

According to leaks, the Miami Heat are sticking with their uber-popular Vice-themed "City Edition" look, this time opting for a baby blue and hot pink tie-dye theme.

The Minnesota Timberwolves "Northern Lights" themed uniforms have stars along the sides and above the "MINN" on the front, according to a leaked photo.

Inspired by the city's flags, the New Orlean's Pelicans 2020-2021 'City Edition' uniforms boast a red, white, and blue colorway and three golden fleurs-de-lis across the chest.

The New York Knicks haven't released their new "City Edition" look just yet, but leaks suggest that the jerseys could play on the city's nickname that was popularized from lyrics in Frank Sinatra's "New York, New York."

The Oklahoma Thunder's new black, orange, and blue threads were designed to "lean into innovation, unity, and state pride."

Sunshine and citrus, two of Florida's signature products, are the focus of the Orlando Magic's new unis.

The Suns represent more than just Phoenix, and now their 'City Edition' jerseys honor "The Valley" with a new purple, orange, and black look.

With Philadelphia and an outline of boathouse row printed on the front of their new jerseys, the 76ers continue to honor Philly's rich history with their 2020-2021 'City Edition' uniforms.

The Sacramento Kings' red, baby blue, and black jerseys honor some of the most popular threads of the team's past.

In the 1990s, the San Antonio Spurs donned Fiesta-themed warm-ups that were a favorite among fans. Now the franchise is bringing back the teal, pink, and orange colorway for its 2020-2021 "City Edition" uniforms.

A leak of the Toronto Raptors' new jerseys suggests the franchise will stick with its black and gold colorway from last season.

Though the Utah Jazz haven't released their new uniforms, teasers suggest the team will wear darker threads than "City Edition" jerseys of past years.

The Washington Wizards' "City Edition" jerseys for the upcoming season have a light gray base and American flag imagery on the sides, according to a leaked image.

Now check out LaMelo Ball's wild journey around the world and back to become a top draft pick for the Charlotte Hornets: 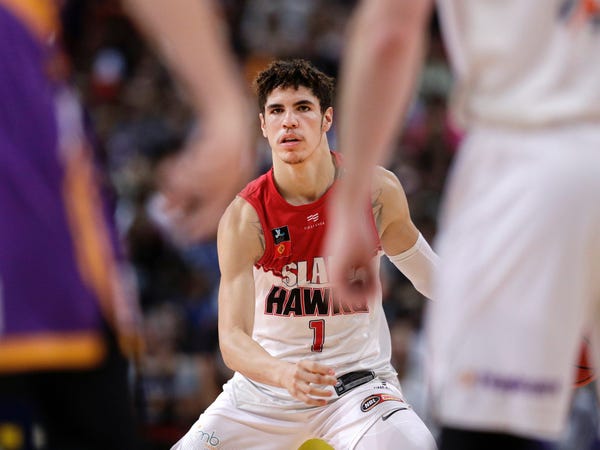