Nazi survivors’ refuge in Britain: How women who emigrated to the UK after escaping persecution in Germany and Austria documented their new lives

From a woman shopping in an east London market to a family curled up on a single bed at home, these stunning images capture British life through the eyes of women who sought refuge on our shores during the war.

The snapshots were all captured by female photographers who emigrated to the UK in the 1930s to escape Nazi persecution.

They came from Germany and Austria, where photography was seen as a more ‘serious’ art form and students were better versed in modernist ideas and methods.

This allowed them to bring a fresh perspective and approach to capturing the workaday struggles of ‘ordinary’ men and women, as well as the indulgent lives of the rich and famous.

The photographs are being shown at Four Corners gallery, in Bethnal Green, London, until 2 May, to mark Women’s History Month.  Here, the gallery shares a selection of photos with FEMAIL readers… 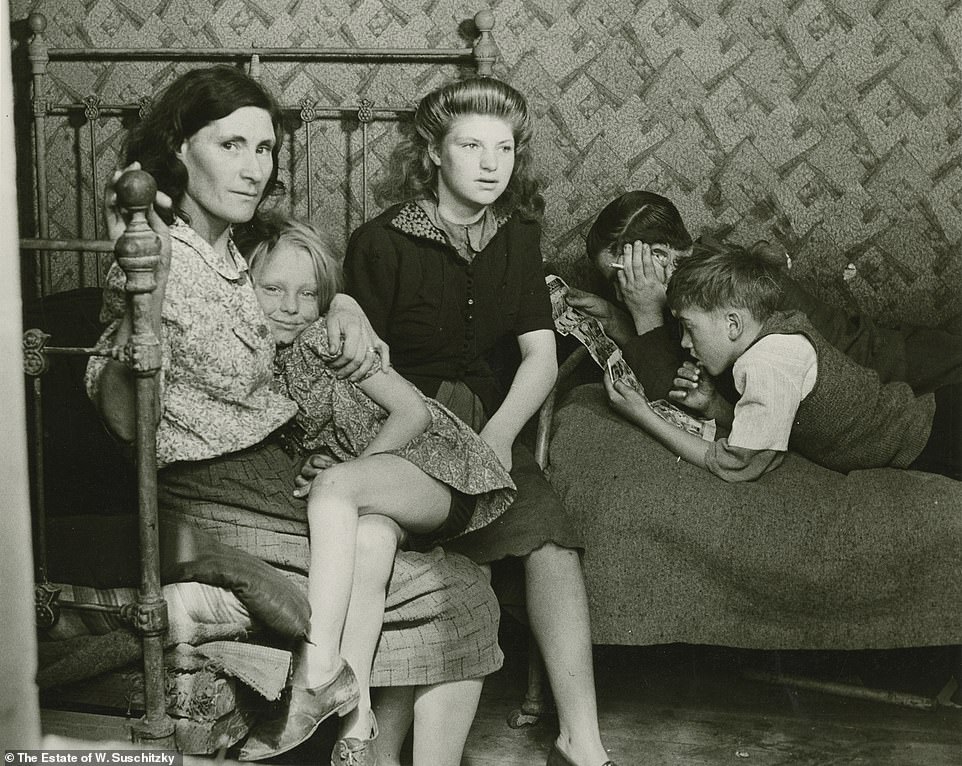 Photo of a family, in Stepney, east London, 1932. Taken by Edith Tudor-Hart who fled Austria in 1933 to escape Nazi repression for her communist sympathies and Jewish background

Tags: documented, Nazi, survivors, who
You may also like
Celebrities News