A PREMATURE baby is celebrating her first Thanksgiving at home after being born weighing the same as a soup can at 22 weeks and five days.

When Eris unexpectedly entered the world, she weighed 1lb 1oz. 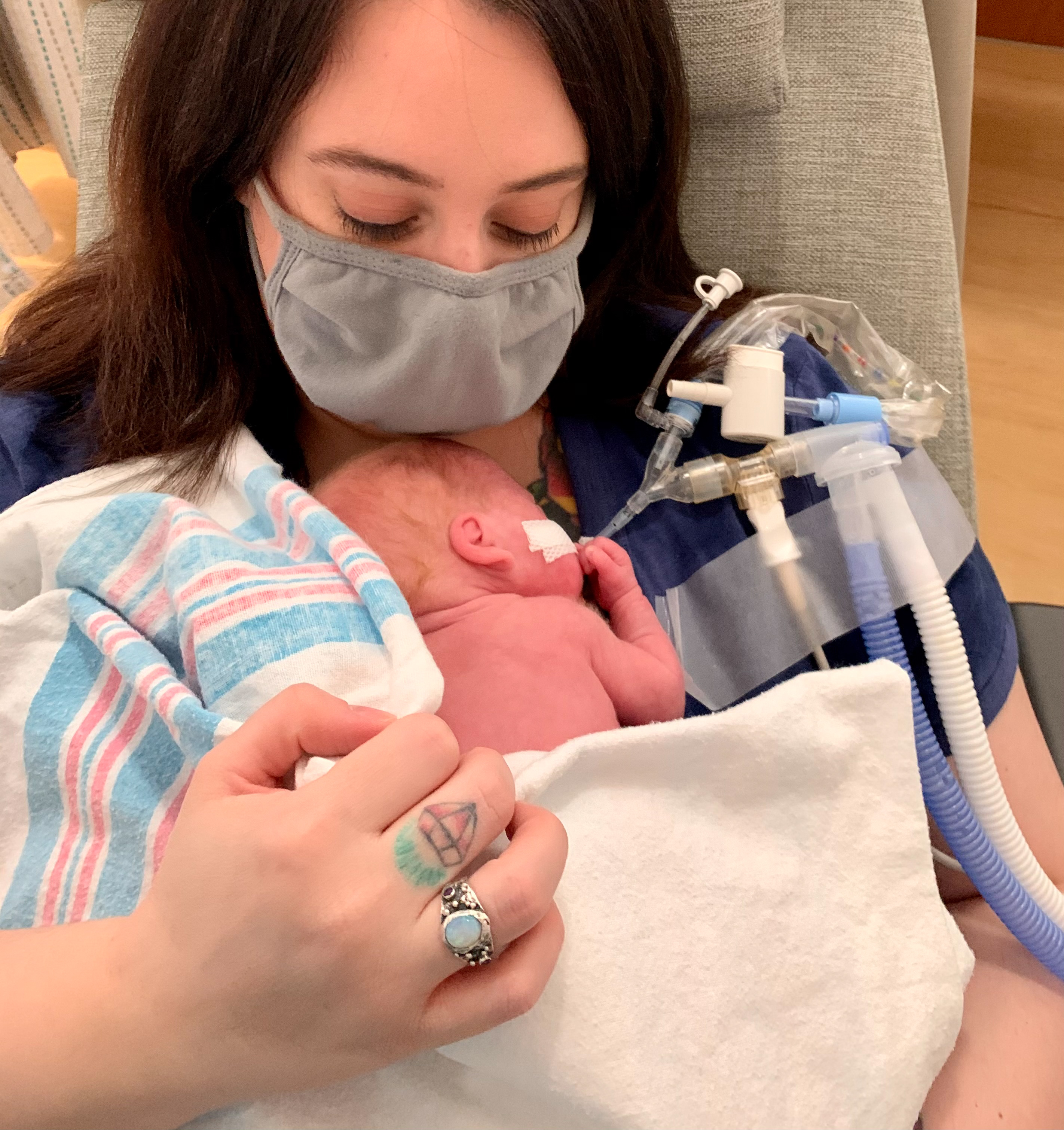 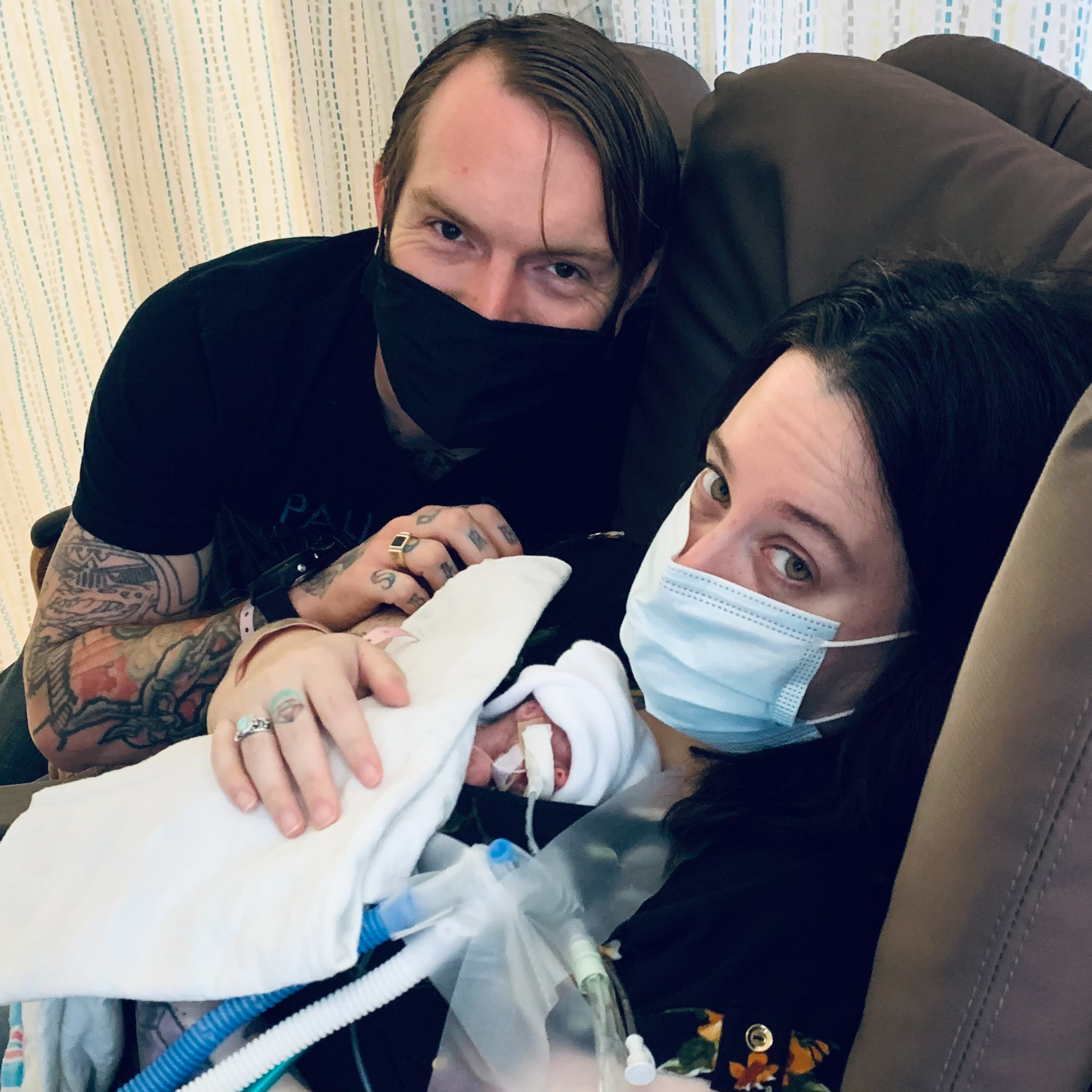 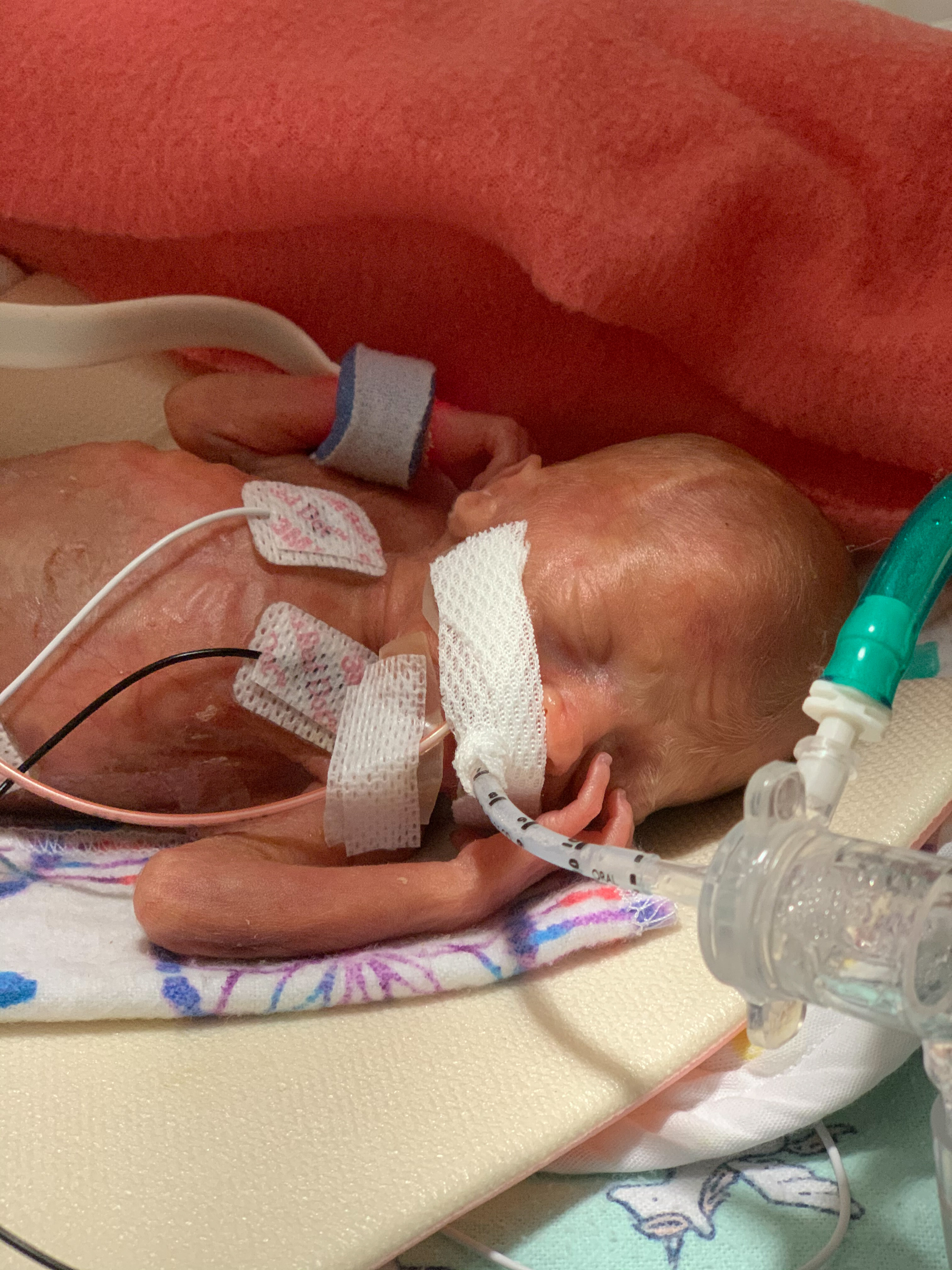 She was placed straight into a plastic bag to keep her vital organs warm – preventing the risk of hypothermia – while mom Cayce Lee, 37, was under general anesthetic following the emergency c-section in October 2020.

Lee, 37, and her husband Dennis, 35, prepared to say goodbye on more than one occasion during the 254 days in the neonatal intensive care unit.

Lee, from Lewisville, North Carolina, said: “Last year, we didn't even know if Eris would make it to Christmas as she was so small and fragile.

"Dennis and I spent Thanksgiving with her in the NICU, she actually got sick a few days later, so we were thankful to spend that time with her."

The mother added: "This year, it is a true miracle that she is here to spend the day with us.

"We are going to my parents, Lynn [58] and Jeff Black [61], and plan on staying with them and eating our turkey dinner together. It's a big undertaking traveling with her and all of her equipment, but we can't wait.

"We are excited beyond belief."

Eris celebrated her first birthday on October 25, and her mother said she was "always quite nervous when she was pregnant with her as she had a stillbirth before."

“The doctors stitched my cervix shut to prevent an early breach, and I was having progesterone injections from about 16 weeks.

“At 19 weeks, the doctor’s found that I was already dilated by two centimeters. I managed to last another three weeks, which helped us to get Eris over the threshold where medical staff could intervene to save her life."

After going into labor, Lee was put under anesthetic as a surgical team performed an emergency c-section, placing Eris into a sandwich bag before racing to place her in the NICU on a ventilator.

After her birth, Eris developed many health problems, including a staph infection caused by bacteria, pneumonia and sepsis.

At one point, the premature was also put on a life support machine (ECMO) after becoming extremely ill and unable to breathe alone.

Her parents were told to say goodbye on more than one occasion. 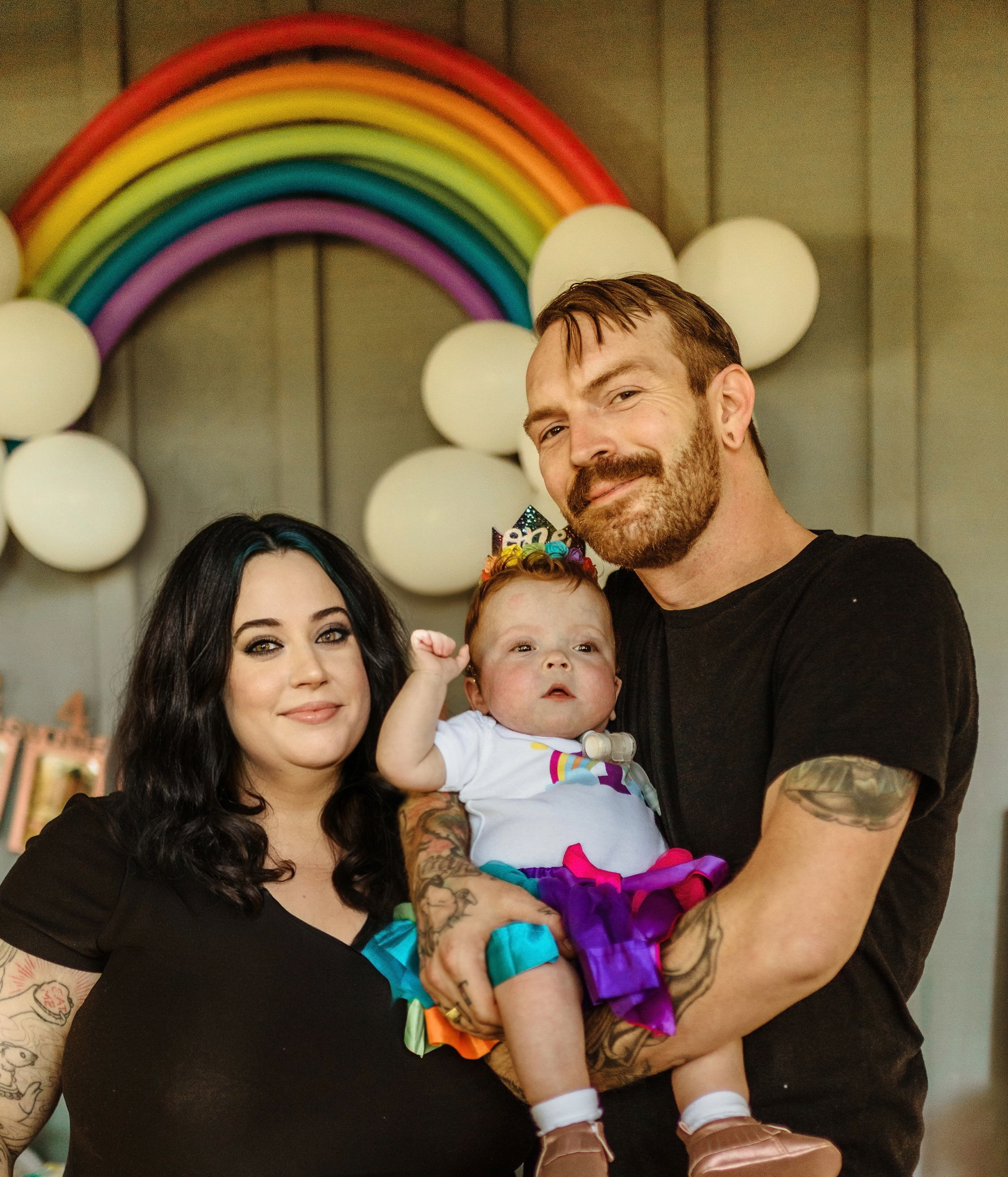 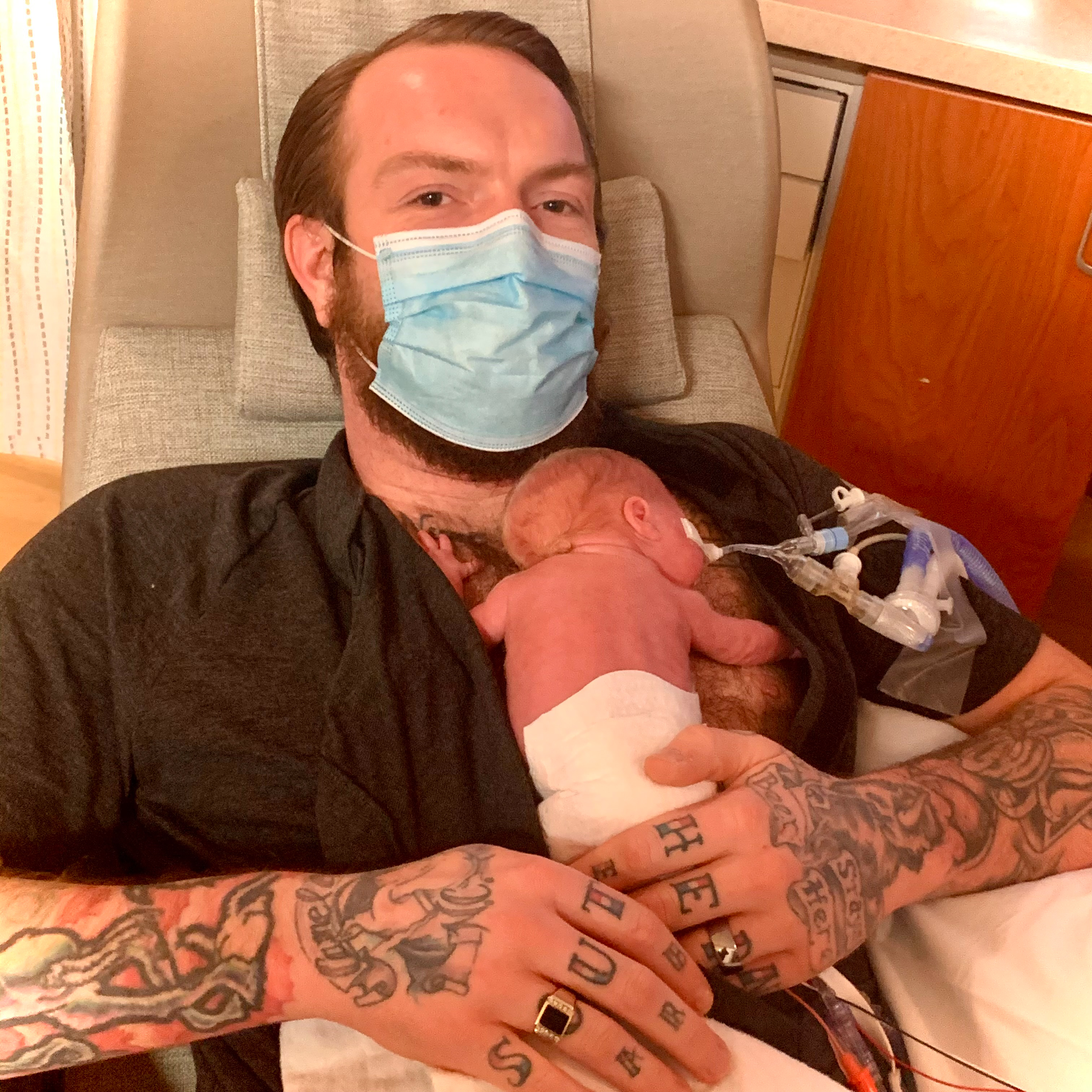 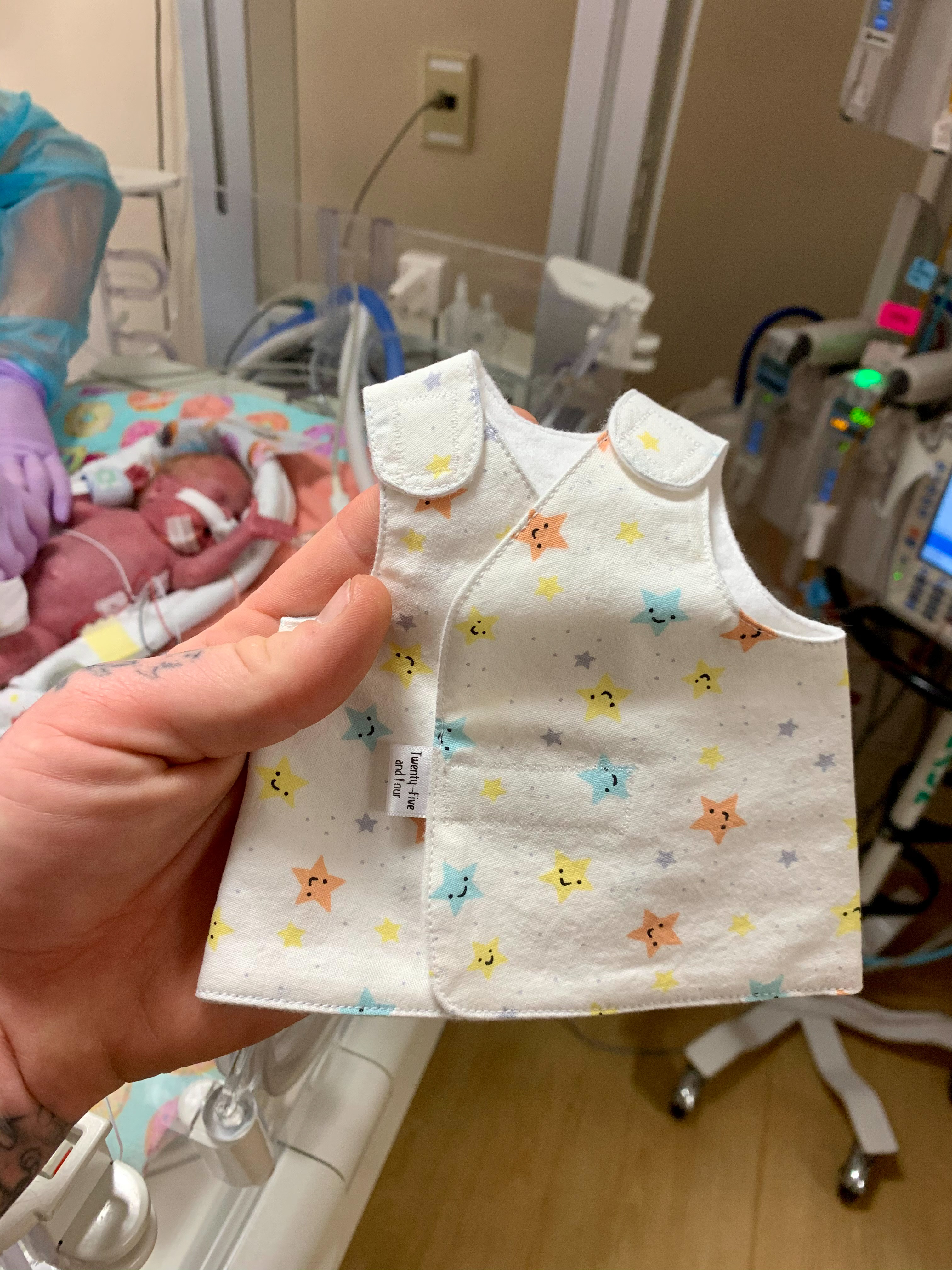 Lee said: “Eris had pneumonia four times, and we’d be getting calls at 6.30am to come to see her as the hospital was so concerned about her condition.

“There were so many times when we didn’t think she’d make it. But she pulled through every single time."

She added: “Her lungs were the main problem, as she really struggled to breathe alone. She was pretty much on all the maxed-out settings on the ventilator."

Lee first got to hold Eris at one and a half weeks, while husband Dennis could only hold her after seven weeks due to the newborn's fragile state, alongside Covid-19 restrictions.

It was several weeks before Lee was able to hold Eris once more.

She said: “It’s amazing how much she does, a proper little warrior. There were times when I was terrified that she wouldn’t make it this far, but she proves me wrong every day.

“She was so small when she was born, for two months, we couldn’t dress her in any clothes and had to get specialized premature clothing.

“A charity called TwentyFiveAndFour, based in Tucson, Arizona, sent us velcro t-shirts to put her in, and they were one of the first things she wore."

“Now she’s over a year old and fitting into nine-to-12-month clothes. She still has a trach and spends most of the day and night on a ventilator, but she’s stable and a happy little girl.

"But now her lungs are maturing and she is making progress with every passing day. We wouldn’t have her any other way, she’s our little miracle," Lee added. 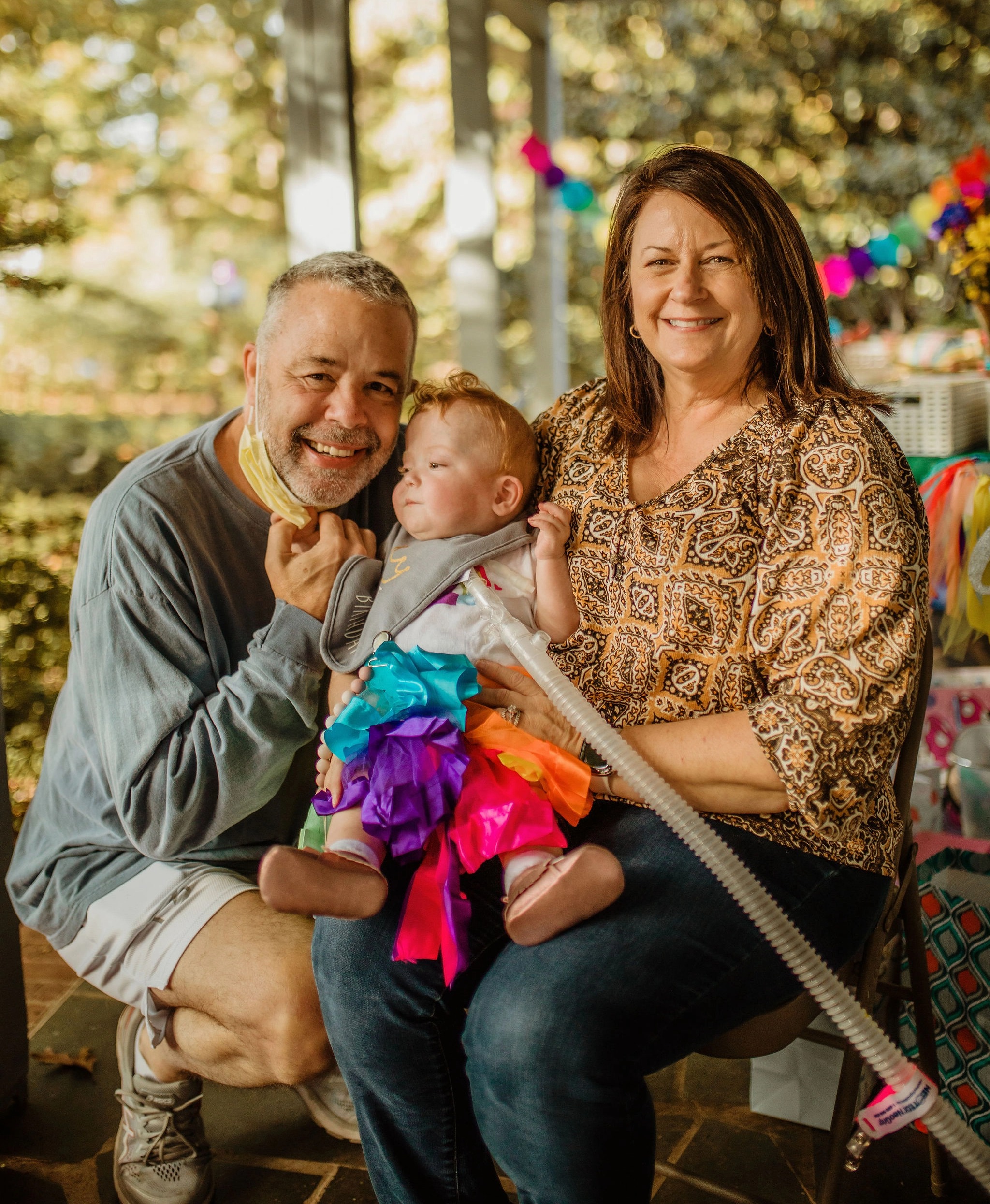