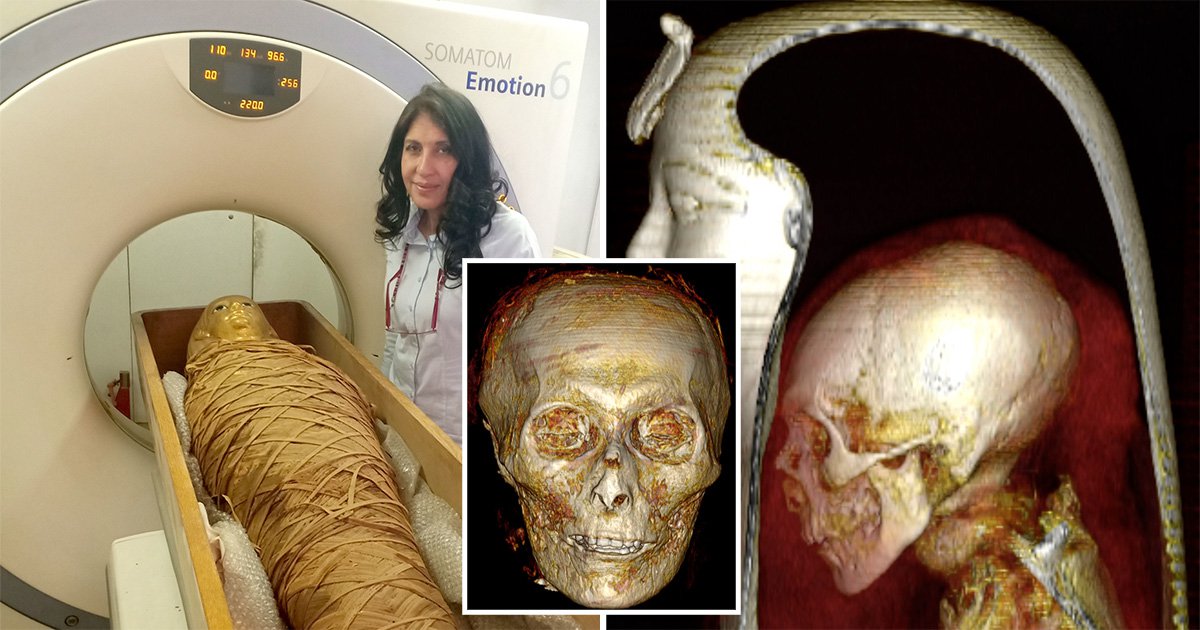 Scientists have used non-invasive imaging to see inside the burial wrappings of the Egyptian Pharaoh Amenhotep I.

For the first time in 3000 years, the digital ‘unwrapping’ revealed new details about the ruler who is thought to have died young at around the age of 35.

Scientists aimed to understand the events surrounding Amenhotep’s death, mummification, and later reburial. They found that he died in his mid-30s and was around 5 feet 5 inches tall. Details of their work have been published in Frontiers in Medicine.

Amenhotep I reigned from 1525 BCE to 1504 BCE, during ancient Egypt’s 18th Dynasty. About 400 years after his death, his mummy was opened in order to repair the damage done by grave robbers and subsequently reburied. The mummy has recently been kept at the Egyptian Museum in Cairo.

Museum officials had decided against opening the mummy because of its perfect wrapping, decorated with flower garlands and with its face and neck covered by an exquisite lifelike facemask inset with colourful stones.

Sahar Saleem, a radiologist at Cairo University and the study’s lead author, told Gizmodo that one of the most exciting elements of the research was ‘the opportunity to reveal the face of Amenhotep I and to see that his facial features resembled those of his father, Ahmose I’.

‘The discoveries were possible thanks to the advancement of technology that enabled digital unwrapping of the mummy non-invasively, preserving it,’ said Saleem.

CT scans were used to look at Amenhotep’s remains including regions of the body that are otherwise inaccessible. The scans take thousands of images of slices of the body, which can be assembled into high-quality 3D views, making it the perfect technology for examining fragile mummies, ensconced in many layers of wrappings.

The scans revealed 30 different amulets and a girdle made of gold beads adorning the mummy.

The scientists couldn’t find any indication that Amenhotep I died of a flesh wound or noticeable disease. The body had been mutilated, but the researchers suspect that was done post-mortem by grave robbers. The areas that had been hacked at were the neck and limbs—typical places for jewellery, the researchers noted in the study.

The researchers found that the pharaoh still has some locks of hair, which were curly. The mummy also had all its teeth with the top row protruding slightly. The pharaoh was circumcised, and his penis was independently wrapped.

‘Special wrappings were applied to the head, hands, and genitals to help the deceased’s journey to the afterlife,’ Saleem explained.

Amenhotep I ruled in the New Kingdom era which was the height of the ancient Egyptian civilization, according to the researchers. The civilization at that time was very rich and advanced in all aspects, including mummification. Royal mummies of the New Kingdom were the most well-preserved ancient bodies ever found.

There’s no evidence that the embalmers attempted to remove the pharaoh’s brain, which was still inside the skull, nor his heart. Typically, embalmers removed the internal organs to avoid body putrefaction.

All organs were removed except the heart, as ancient Egyptians believed that the heart was the house of the soul.

Saleem added that some of the adornments on the mummy were likely added by later embalmers to address the hack marks made by grave robbers. This indicated that even several centuries after a pharaoh’s death, the ancient Egyptians still made sure their dead were cared for.

Just this April, CT scans illuminated a 3,200-year-old mud-covered mummy and revealed the first known pregnant mummy, which previously was misidentified as male.