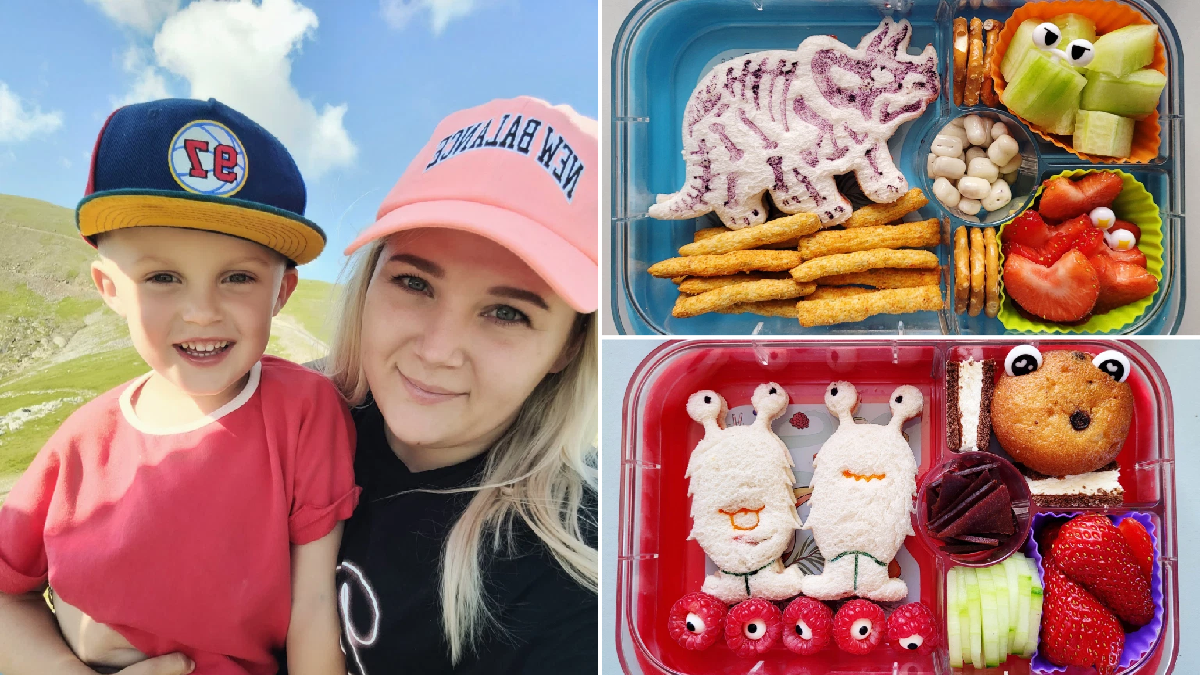 Packed lunches can get a little repetitive – but one mum from Worcestershire has a talent for making her son’s food both healthy and artistic.

Marta Szymborska has created a series of amazing lunchboxes, with alien characters, dinosaur scenes and more.

The mum has been making these designs since her four-year-old son Filip went back to school in March.

And even his friends gather round to see what each daily box holds.

The 30-year-old says: ‘Last year during Covid, they cancelled the lunches at my son’s nursery in an effort to not spread the virus – so we all had to prepare our own at home, which is how the journey began.

‘I was told when he used to get to nursery, all of the kids were stood around Filip watching to see what would be inside.

‘I love to do what makes my boy smile.’

Marta, who immigrated from Poland eight years ago, enjoys making shapes and characters out of sandwiches and says it’s the best way for her to start the day.

The care home worker has even launched her own Instagram account @lunchbox4filip – so she can share her creations and interact with other parents online wanting to give it a go.

Marta adds: ‘I am quite a creative person anyway and I have always enjoyed intricate things that take patience, so being able to share these creations has been a great new experience.

‘It is always fun talking to other people who want to try the same thing for their kids.

‘My friends and work colleagues have often said I should do this professionally, but I am more than happy just doing this for my son.’

But Marta adds that she thinks Filip’s lunches should not only be fun but healthy, too. So while they sometimes feature a small treat inside, the majority of the meal consists of healthy fruits and vegetables.

As for her and Filip’s favourite so far, Marta says it’s one that involved a popular video game character.

‘It is difficult, but I will have to go with Super Mario,’ she adds.

‘My son is obsessed with all the Super Mario games at the moment, so he was very happy when he opened his lunchbox and saw him.’

Tags: children, Family
You may also like
Celebrities News