JOSE MOURINHO will be keeping a very close eye on his players in his Roma revolution – with the use of a training ground drone.

A number of changes have been made to the Giallorossi's Trigoria base, as revealed in a clip released by the club. 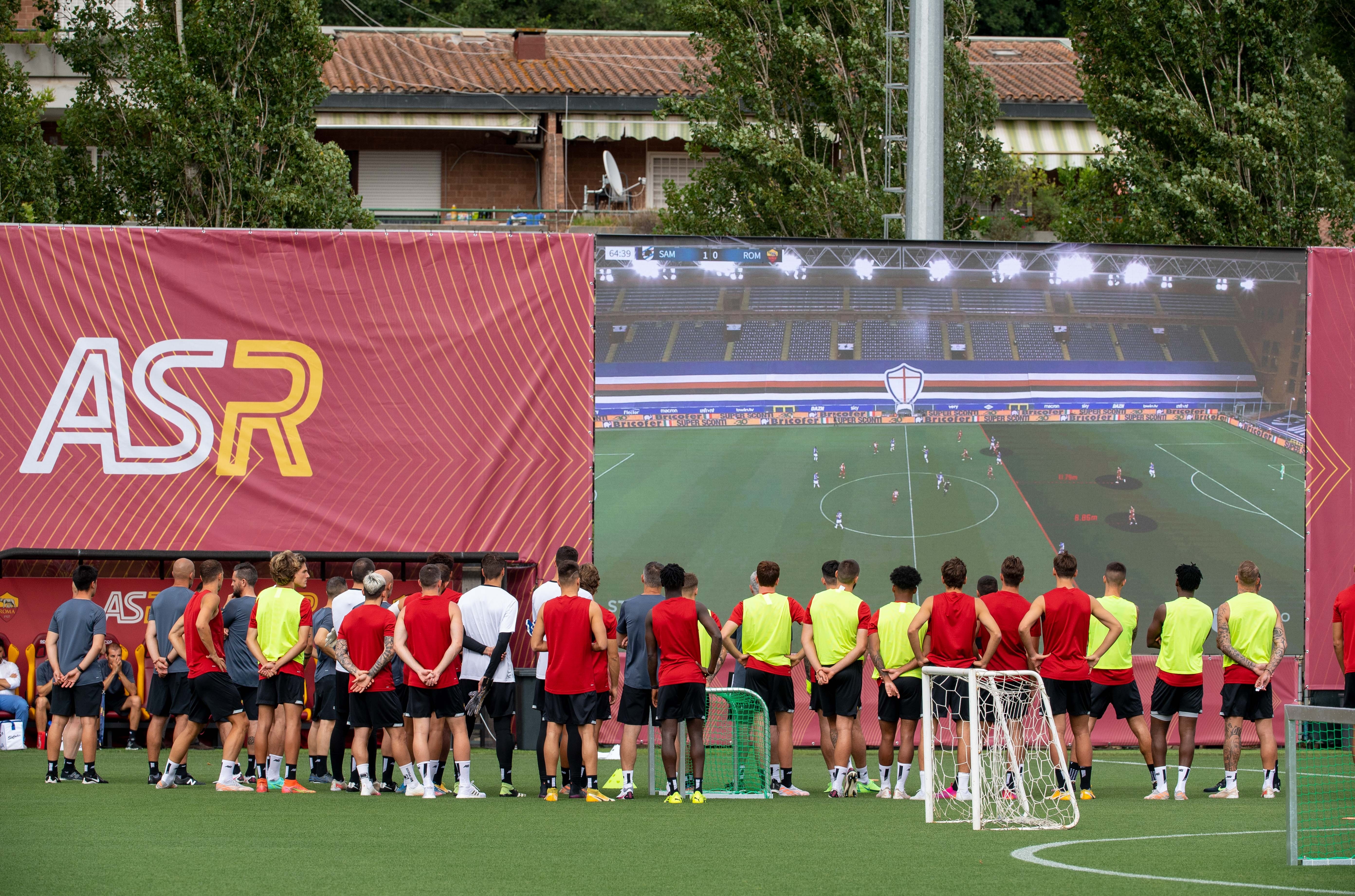 A drone will be deployed to fly over sessions and gather intricate detail on each star's positioning, movement and reactions.

And the Roma players will not have long to wait before being shown their mistakes.

That is because a huge screen has been installed next to the pitch, for Mourinho to provide instant analysis on his routines.

The Portuguese coach was criticised by some at Tottenham for rudimentary training methods.

According to a February report by The Independent, he primarily focused on defensive organisation, set-pieces, second balls, and direct attacks during workouts in North London.

Mourinho is also looking to improve his squad ahead of the new campaign having made Rui Patricio his first signing.

The Serie A side are in talks to sign Granit Xhaka from Arsenal for around £15million.

A new left-back is on the agenda with Manchester United's Alex Telles targeted, along with Emerson Palmieri of Chelsea.

Roma have won both of their pre-season friendlies under Mourinho so far, dismantling Serie D minnows Montecatini 10-0 before a 2-0 victory over Ternana on Sunday.

COMPETITION: SPOT THE BALL TO WIN A CAR AND CASH

Chris Smalling, who is working under the 58-year-old for the second time following a spell at Manchester United, believes he is the perfect man to lead the team.

He said: "I know how big a deal that would be to bring a trophy of some sort to the club.

"I think the club has chosen the perfect man to be able to produce that because of his history."