US: Herd immunity is 'not feasible' in country claims expert

A poll of 2,000 adults found while nine in 10 know their immune system is vital to their general health and well-being, more than a quarter have no idea what it really does. One in six even believe it is one single organ – like the heart or liver – instead of a complex system involving different cells, tissues and other parts of the body. 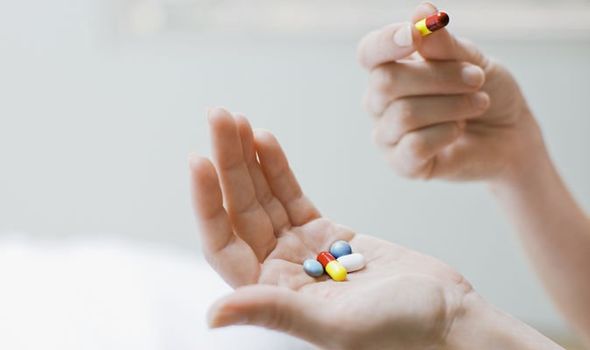 Less than four in 10 knew that the spleen has a key role in the system, while just 22 per cent were aware that the tonsils play a part.

And while many could correctly name citrus fruits (53 percent) and spinach (55 percent) as food which can help an immune system to function, more than one in 20 believe cake is useful.

Only two thirds were aware of the negative effect smoking could have, while less than half of those polled knew that not getting enough sunshine, or vitamin D, could weaken it.

But since the start of the year, 31 percent have done research into how to keep their immune system in shape and 44 percent claimed to have done more to look after it this year than ever before.

A spokesman for Vitabiotics Immunace, which commissioned the study, said: “The immune system is hugely important to overall health and vitality, but many people don’t know a lot about it. 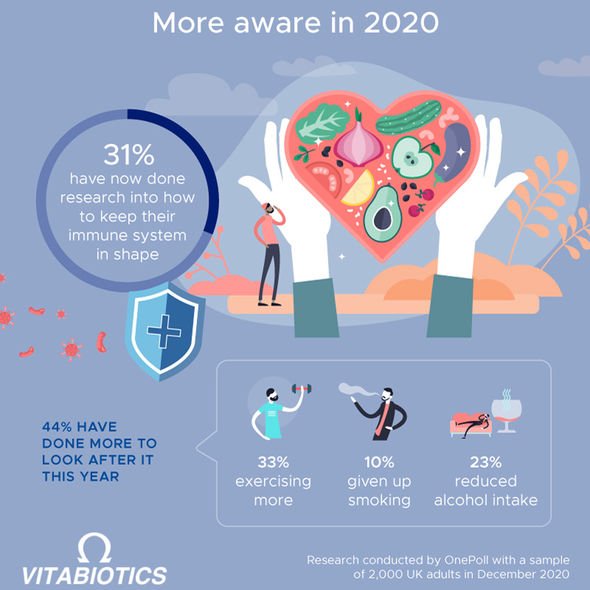 “The immune system is vastly complex, so it’s understandable that it is less easily understood.

“But in fact there are many simple health and lifestyle improvements we can make, like eating a healthy balanced diet, getting enough vitamin D, and regular exercise to support our all-important immune health.”

The study also found that 77 percent knew the immune system’s primary role is to protect the body against disease.

But others believed it was responsible for helping people to breathe (17 percent), maintain the heartbeat (17 percent) and encourage growth (19 percent).

More than half of adults also admitted they know more about organs such as the heart or lungs than they do about the immune system.

It also emerged that in a bid to improve their immune system this year, more than one in 10 have given up smoking and 23 percent have cut back on their alcohol intake.

Improving their diet (33 percent), exercising more often (33 percent) and losing weight are among the other ways Brits have tried to give it a boost.

Despite this, nearly half of those polled, via OnePoll, admitted to being worried about the state of their immune system, with 10 percent saying they fret about it ‘a great deal’.

To test your knowledge of the immune system, take the quiz here

Tags: autoplay_video, headlines, immun
You may also like
Celebrities News