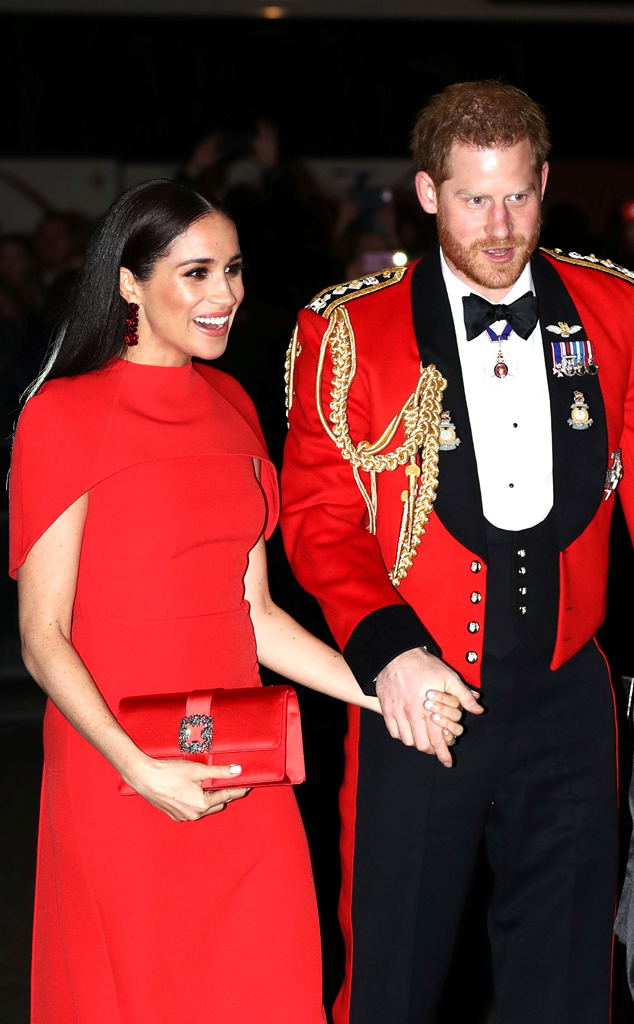 What mother doesn’t love to gush about their little one?

On Thursday, when Meghan Markle and her husband Prince Harry attended the Endeavour Fund Awards in London, the mother-of-one opened up about her son, Archie Harrison.

According to HELLO! magazine, an attendee said that during her brief conversation with Meghan, the 38-year-old gushed about her son. The source said that Meghan told her, “She said ‘oh yes, well he is ten months now and is into everything.'”

Meghan and Prince Harry returned to England this week for a handful of remaining royal engagements as their official exit from senior royal duties approaches on March 31. It also marked their first joint appearance since announcing their royal exit.

During Prince Harry’s speech at the award ceremony, he thanked guests for their relentless support throughout the last couple of months since announcing he would be stepping back from royal duties, “Meghan and I are so happy to be back here with you. A lot of you tonight have told me you have my back, well I’m also here to tell you, I’ve always got yours.”

The two are scheduled to attend the Mountbatten Festival of Music at Royal Albert Hall today and the annual Commonwealth Service at Westminster Abbey on March 9 but Meghan made a few extra visits while in London.

Meghan visited the Immersive Storytelling Studio in London as was confirmed by the couple’s Instagram account. On Friday, she was spotted arriving at the Robert Clark School as well.

Meanwhile, Prince Harry “raced up to Silverstone, home of the British Grand Prix to open The Silverstone Experience, a brand-new immersive museum that tells the story of the past, present and future of British motor racing,” their Instagram account described.

Throughout all of her surprise engagements and her joint public appearances with her husband, Meghan once again proved her impeccable fashion sense.

On Saturday, the two arrived at the Mountbatten Music Festival in matching red ensembles with the former Suits actress donning a regal red Safiyaa gown. As for Prince Harry, he was clad in a red embroidered coat and military regalia.

Their latest joint public appearance also marks Prince Harry’s last engagement as the Captian General of the Royal Marines—a role he was given in December 2017.