Megan Fox continues to keep things sexy as she was spotted wearing a lingerie-inspired ensemble as she pounded the pavement in New York City Saturday.

Fox wore a low-cut, black lace top that left little to the imagination, as well as a matching skirt with lace detailing and sexy thigh-high boots to complete the set.

She chose to drape the look in a chic, black overcoat while carrying a matching black bag.

The beauty shared the look on Instagram alongside caption, “Guys I had a business meeting today. I made sure to wear something subtle and professional.”

“I’m heavily influenced by whatever he pulls out of his closet,” Fox admitted, adding that Kelly is “always wearing something insane.” 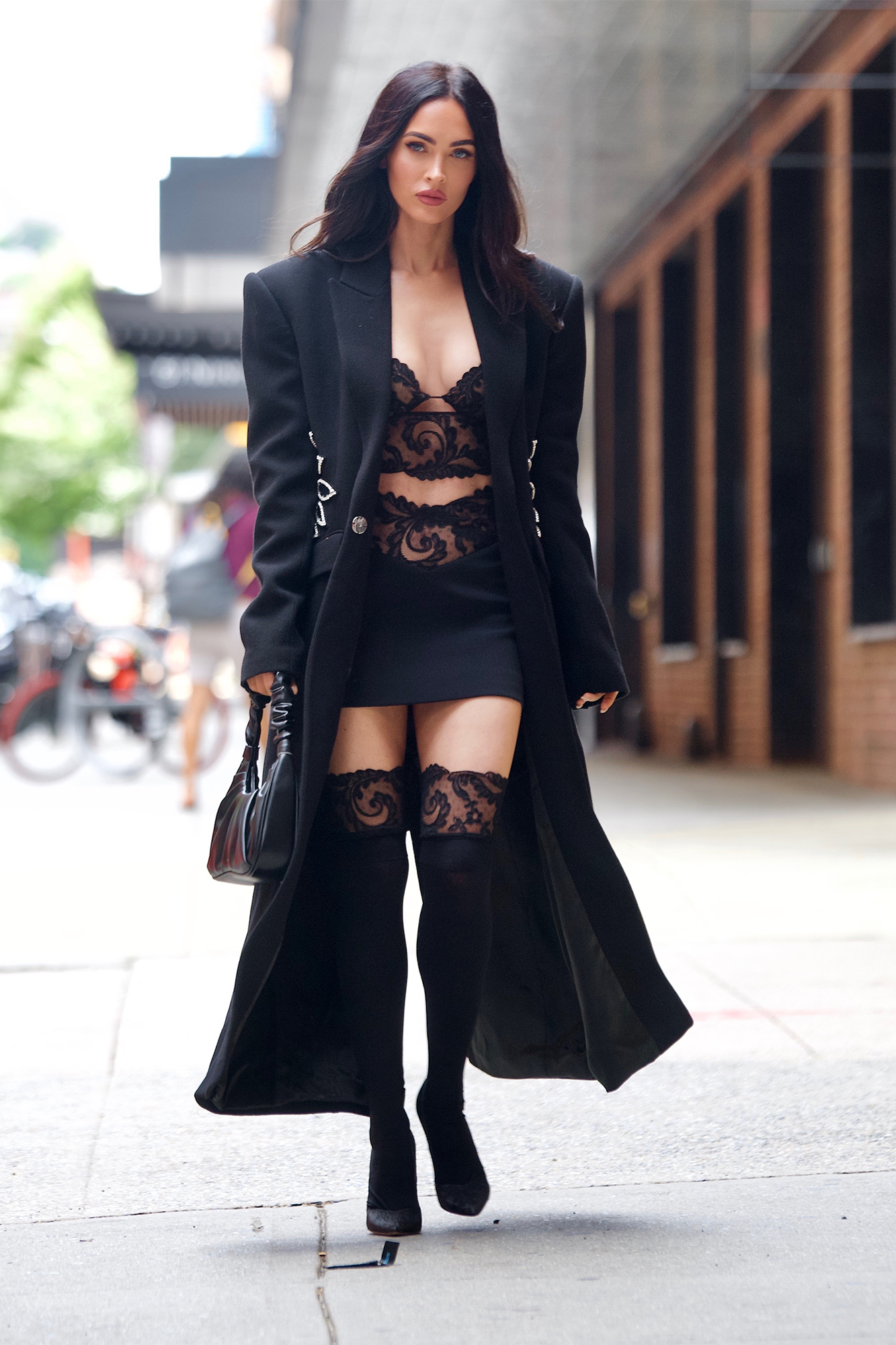 The pair have a habit of rocking matching looks both on the red carpet and in their everyday lives — down to their fingernails.

“We went on a trip to Palm Springs when we were first dating, and he brought me over to the house and was like, ‘Let’s get matching manicures,’” Fox said. “Then it sort of stuck ever since.” 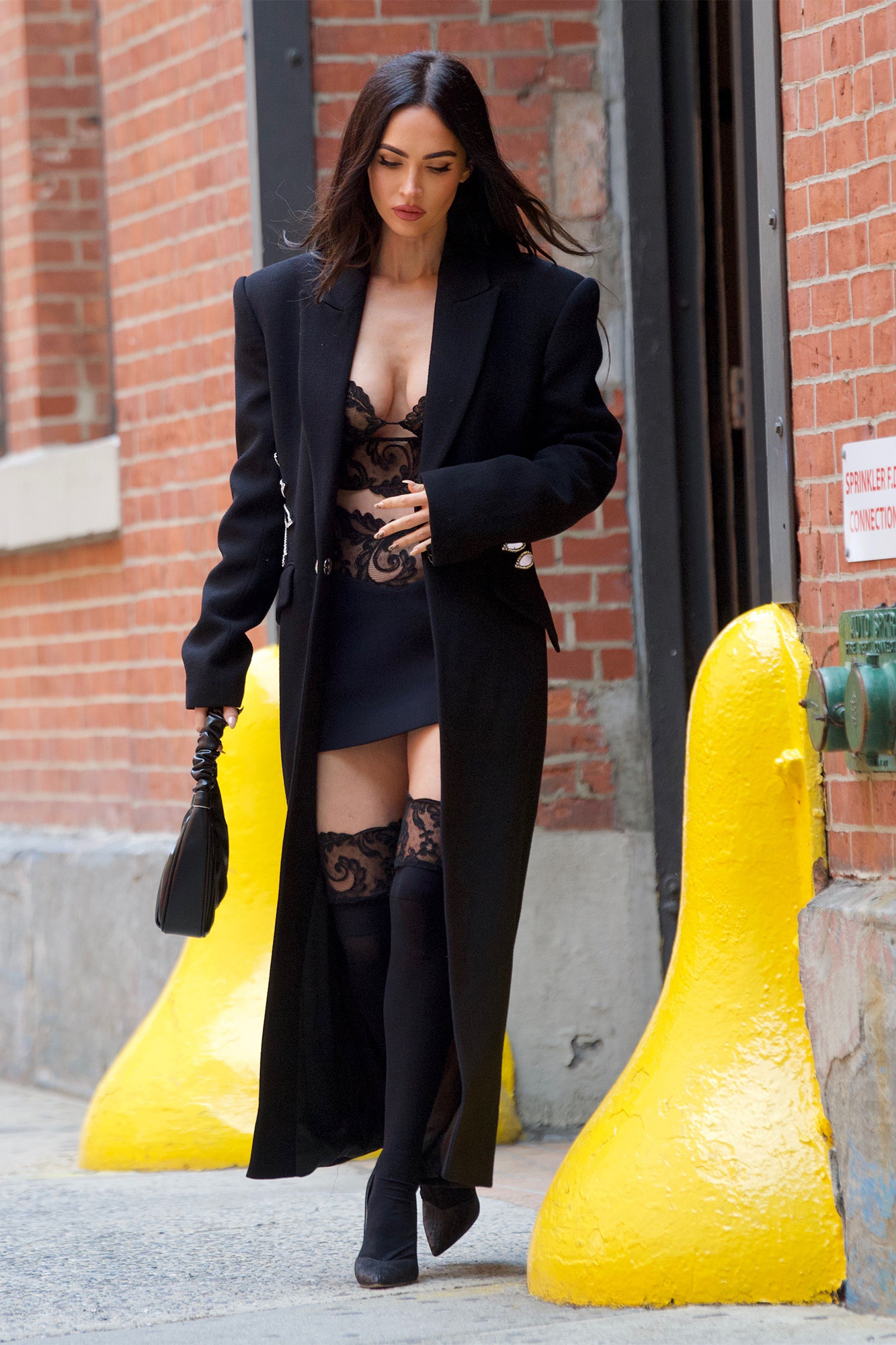 MGK even painted his tongue black to coordinate with Fox’s barely-there Mugler dress at the Billboard Music Awards. A week later, he was the Ken to Fox’s Barbie at the iHeartRadio Music Awards, pairing the pink detailing on his razor-sharp nails with her skintight satin look.

If you ask Fox, however, the looks aren’t necessarily coordinated between them.

“We were just wanting to go together, kind of … then people decided we were matching,” Fox said of their string of similar styles, adding, “It wasn’t necessarily a planned thing … That’s just how it flowed.”