MCDONALD’S Monopoly giveaway sees the fast food giant hand out millions of prizes each year – but when is the popular game back in 2020?

From free apple pies and Big Macs, to cars and holidays, the competition sees hungry diners get competitive as they try to scoop the best wins. 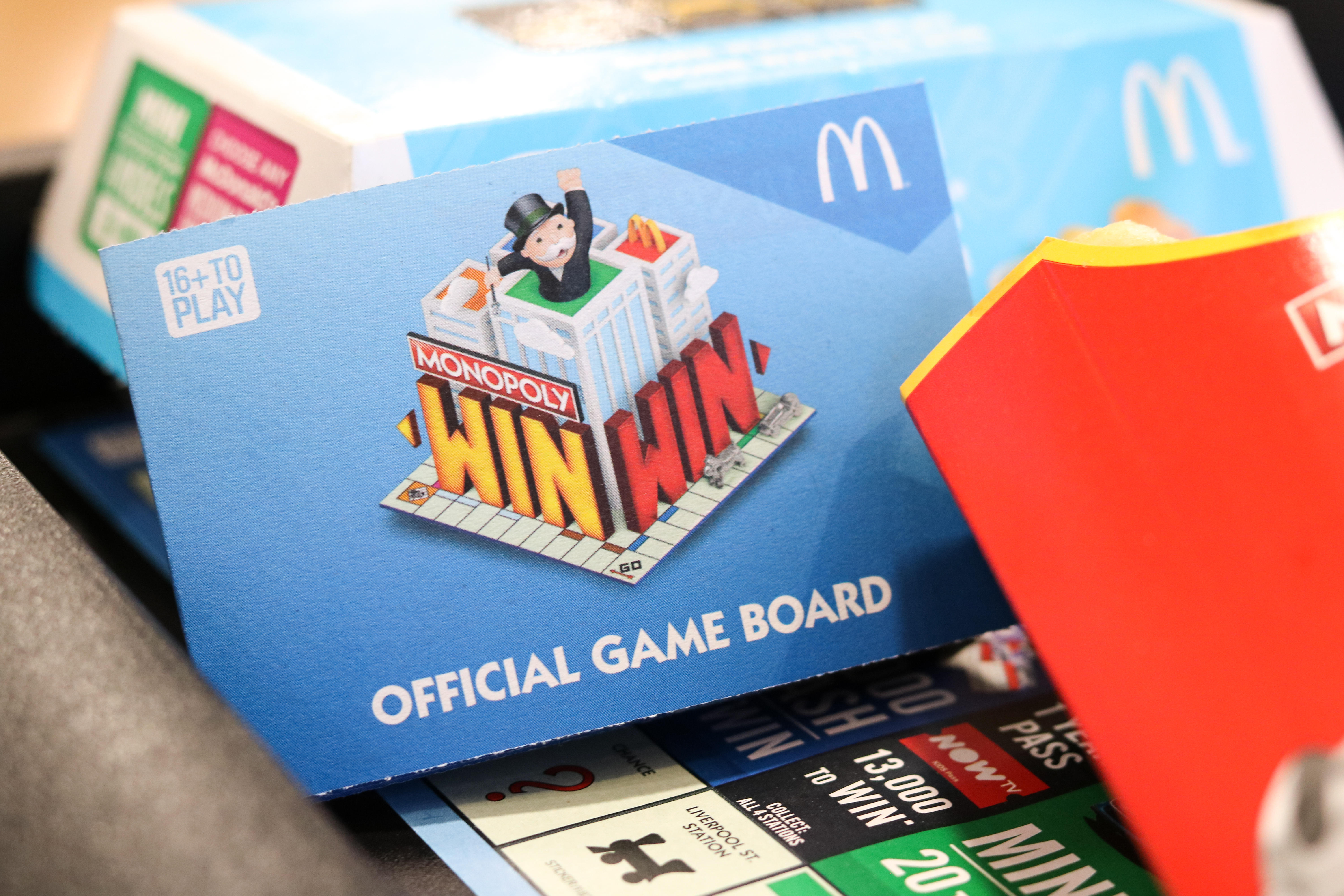 But this year's promotion will start much later than usual due to the recent coronavirus outbreak.

When does McDonald’s Monopoly 2020 start?

McDonald's confirmed its Monopoly game is returning to restaurants on 25 March, 2020.

But the fast food chain confirmed on Tuesday that it would be postponing the popular promotion due to the killer bug sweeping the nation.

Yet, they have not revealed just when it would return, only that it would be later in the year.

TheMcDonald's Monopoly typically runs for 41 days, just as it did in each of the past three years.

That would have seen it run until 5 May, 2020 on the original timeline.

This is based purely on our calculations and is unconfirmed by McDonald’s.

No further details of the game have been revealed but we'll be updating this article when more information is announced.

What prizes will be given away in McDonald's Monopoly 2020?

McDonald's has yet to reveal a full prize list for its 2020 Monopoly game, so we don't know for sure what customers can expect.

The burger giant usually gives away a range of goodies from free fries and McFlurries, to Mini Cooper cars and holidays abroad.

However, Maccies did cut the number of big prizes in 2019 making it even harder to win.

Here's what McDonald's gave away as part of its 2019 Monopoly game: 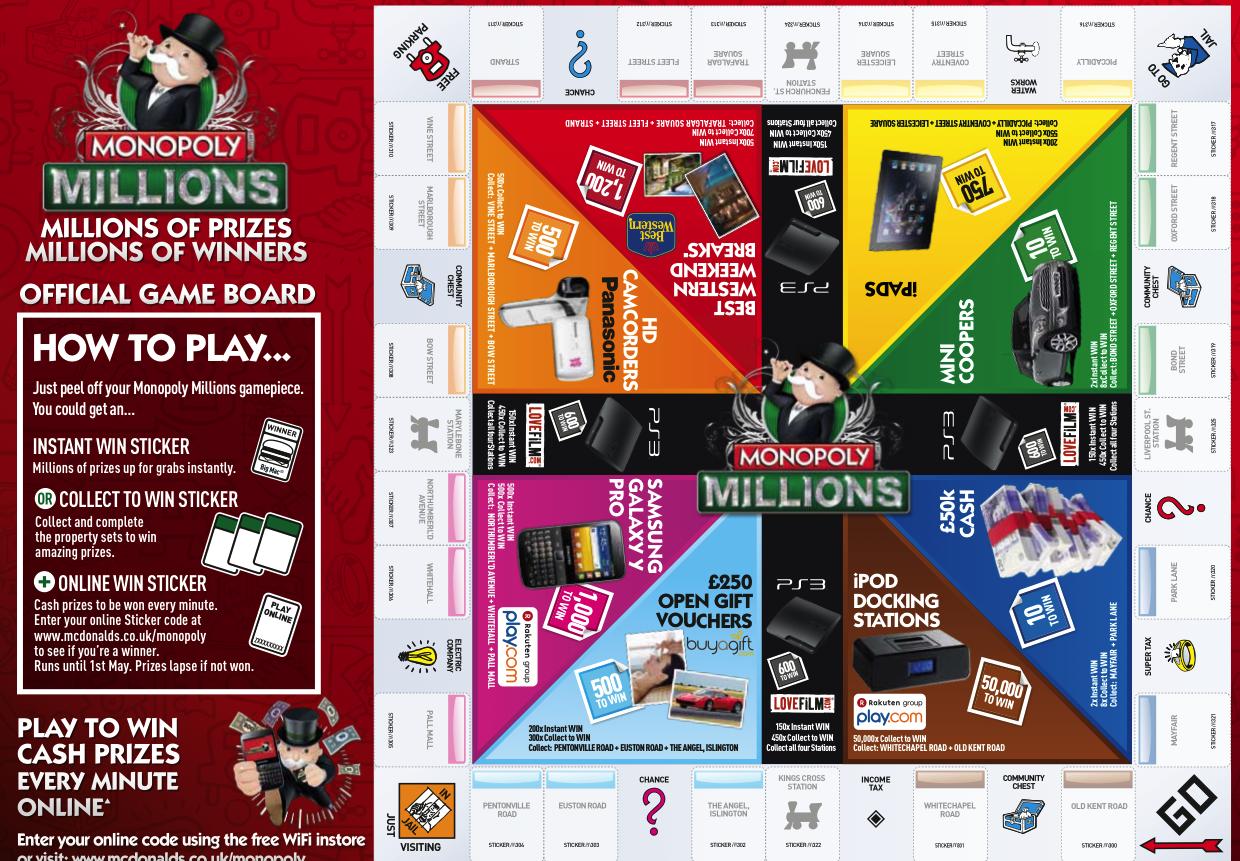 How do you play McDonald's Monopoly?

The game essentially mimics the classic Monopoly board, with customers able to collect game pieces on qualifying McDonald's products.

Each piece represents a tile on the board and when you collect a set, you get a prize.

Some pieces are harder to get than others, as fewer will be made, and these usually make up the bigger prizes like cars and holidays.

There's also usually instant win stickers which can be redeemed straight away, but these are typically food items.

You won't get a Monopoly piece with every McDonald's item, so watch what you order if you're keen on playing along.

For example, last year customers got three stickers when they bought a Big Tasty, while a side of fries got you two stickers.

McNuggets and Big Macs didn't come with any pieces on them at all in 2019, but a side salad will earn you triple points.

It's not been revealed which items will be part of the Monopoly game for 2020.

How can I boost my chances of winning?

The token you get with each qualifying item is completely random, but you'll want to keep your eyes out for the rarest tiles to win big.

For example, last year just four of the sought-after dark blue Mayfair square were made.

If you did find one though, as well as its matching Park Lane token, then you bagged a £100,000 cash prize.

The game tiles are no longer sticky so you'll need to make sure you keep your tokens safe in case you find their matching tiles.

In more Maccies' news, one McDonald's customer has explained how to order a Big Mac Chicken Sandwich in the UK.

McDonald's has also brought back its Grand Big Mac, but it's only available until March 24.

Tags: 2020:, McDonald's, Monopoly
You may also like
Celebrities News