Good-looking, funny, committed to family and guided by God, with a strong ethos of respect for self and others and a winning combination of wild ambition and self-deprecation, McConaughey is easy to like, especially in America where those things induce little of the squeamishness they might do here. 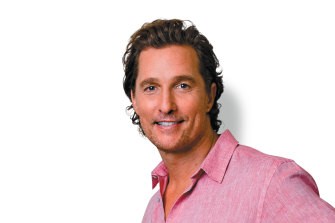 Would you vote for this man? Credit:Getty Images

What he stands for, though, isn’t entirely clear. Other than declaring himself “a hardcore centrist”, he has revealed no party allegiances. That might be a savvy tactic at this early stage as he gauges support for a run, but it might also indicate a lack of a real policy agenda beyond the vague idea of “that might be cool, man”.

McConaughey is a law school dropout (he once said “the idea of practicing law for my whole life seemed a little boring”) who has carried a little of the stoner persona of his debut role in Richard Linklater’s Dazed and Confused on and offscreen ever since. If he has a political manifesto it presumably draws from the personal philosophy he has espoused in his movies (“just keep livin’ ”), his car ads (“it’s not about huggin’ trees, it’s not about being wasteful either; you just gotta find that balance”), his bourbon ads (“we didn’t set out to make a hit, we just sang our song”), and his best-selling memoir Greenlights (“the problems we face today eventually turn into blessings in the rearview mirror of life”).

It could so easily sound like the Tao of Pooh. But in the mouth of McConaughey, they are hard-won pearls of wisdom, delivered with nonchalant cool. How freakin’ Presidential is that, man?

Not even the dark days of McConaughey’s cringeworthy rom-com period count against him. And for a certain demographic, that might even count as Peak Mac anyway, Oscar-winning skinny coke-head performances notwithstanding. Perhaps the biggest question about all this is does America deserve a politician as apparently cool, good-looking, chill and fun as McConaughey? Probably not. 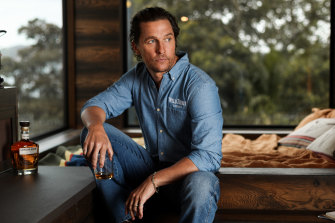 McConaughey’s manifesto can perhaps be gleaned from his acting, his memoir, and his ads for cars and bourbon. Credit:Brendon Thorne

The only certainty is that McConaughey is just one more name on a growing list of celebrities toying with a move from endorser to candidate in politics. And it’s easy to see why it might seem a good move, for parties and stars alike – at least at first glance.

“Celebrities have incredible reach,” says Dr Mike Turner, Australian head of research at CT Group, a global consultancy with vast experience in political campaigning. “They can get a message to voters very quickly, and sometimes a little bit of their stardust encourages disengaged voters to sign up for a cause, or turn out to vote on a specific issue.”

On the flipside, image control is everything to celebrities, and that can sit at odds with the reality of the rough and tumble political realm. “They are presented to ordinary people in a stage-managed way that today’s politicians simply cannot be,” Dr Turner says. “They tend to struggle with tough, incisive questions, and they’re not used to making tough decisions and disappointing their fans and customers.”

Still, the lure of “making a difference” is strong, and many celebrities heed the call.

Dwayne Johnson’s TV show Young Rock might be a cute nostalgia-tinged autobiographical sitcom framed by a fictional run at the Presidency in 2032, but it also genuinely paves the way for such a run by laying bare his past failings and misdemeanours, effectively neutralising them as weapons against him when the time comes.

Kanye West’s ambitions for the White House appear to have gone up in a puff of smoke, but others – including Will Smith and Caitlyn Jenner – have indicated they are serious about moving into politics. Maybe.

If they do, they will be treading a well-worn path. Ronald Reagan went from B-movie actor in the 1950s to anti-communist campaigner to California Governor to two-term President in the 1980s. Donald Trump used his role as star of The Apprentice to burnish the myth of self-made billionaire and used that shaky untruth as the foundation stone of his Presidency. Arnold Schwarzenegger was a two-term Governor of California (as a moderate Republican); had he not been ineligible by virtue of being born outside the US, he might have been a genuine contender for the White House.

Other celebrities have had tilts too. In 1986, Clint Eastwood became mayor of Californian seaside idyll Carmel (he’d been prompted to run by the council’s objection to a small office block he planned to build); actor-singer-one-time-husband-of-Cher Sonny Bono used his planning frustrations (over a restaurant) to become mayor of Palm Springs in 1988, and was subsequently elected to Congress as a Republican; wrestler Jesse Ventura (Reform Party) became Governor of Minnesota; Sex and the City star Cynthia Nixon (Democrat) failed in her bid to become New York Governor; and Roseanne Barr was a left-wing Presidential nominee in 2012, first for the Green Party then for the Peace and Freedom Party, before swinging her support behind Trump in 2016. 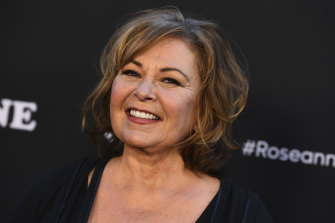 Roseanne Barr crossed from the left to the right of the political spectrum over the course of two Presidential elections. Credit:Jordan Strauss

Australia isn’t immune to celebrity candidates but nor are we quite so in thrall to them. That’s perhaps because we tend to vote more for parties than for personalities here, but it probably also owes something to our desire to cut the famous down to size rather than elevate them even further. We might like the McConaughey tilt from afar, but if he were running for office here we might just tell him to get over himself.

What any of this means for the prospects of Pete Evans, who has flagged his intention to run for federal parliament on the ticket of Craig Kelly’s Great Australia Party is anyone’s guess. 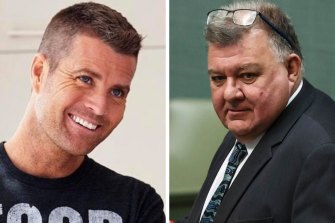 Pete Evans and MP Craig Kelly, who were both removed from Facebook for posting unproven coronavirus cures, are now political bedfellows.

“The celebrity politician is a pretty rare species in Australia, and there is probably good reason,” Dr Turner says. “Compulsory elections mean Australian politics is a tough game, and tends to be focused on issues that matter to ordinary working people. It is not dominated by esoteric and identity issues in the same way that politics is in the US, at least for now.

“The Australian celebrity probably has little to offer in that regard. After all,” he adds, “what does Chris Hemsworth have to say about energy prices, or the daily commute?”