DECLAN RICE was watching the post-match coverage of Chelsea’s Champions League win when his phone burst into life.

It was Mason Mount. 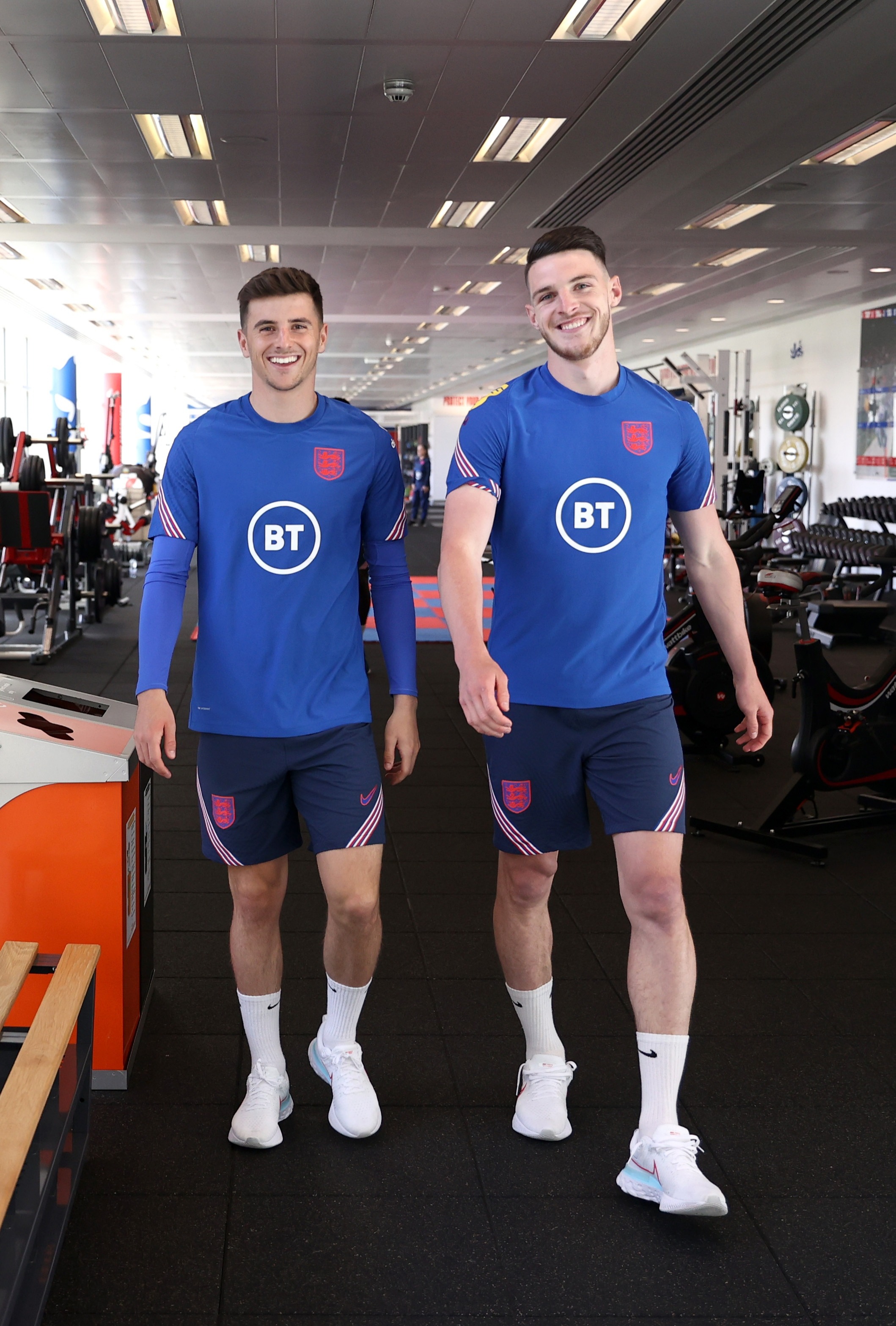 From the noisy changing rooms in Porto after the 1-0 win over Manchester City, Mount could not resist making contact with his childhood pal to flash a winners’ medal.

And now the buddies, who first met as eight-year-olds with Chelsea, are hoping to combine in the heart of the England midfield during Euro 2020 — starting with Sunday’s opener against Croatia.

Asked when he first saw Mount’s Champions League medal, Rice grinned and said: “Facetime straight after. Not on the pitch, in the changing room. He was buzzing.

“We’ve got to be a bit careful because people will say we’re in love. Every time we Facetime, all his team-mates jump in and say, ‘You two need to stop talking to each other!’

“He actually is next door in the hotel here. I can’t even go down to dinner without him messaging me, ‘When are you going down?’. We are pretty close. I’ve tried to nick his medal. But, honestly, I was so over the moon for him and his family. We are so close and to see him win it…

“Last year, he came under so much criticism — I don’t know why. There are so many greats that have never won the Champions League but he has, so I’m buzzing for him.

“Even in training as a kid, my dad always used to describe him like a bumblebee in a jar, just batting about everywhere, wanting to get out.

“That’s exactly what he’s like on the pitch. He’s just so buzzing to get the ball back, but obviously now what he’s adding to his game is the goals and assists and the key passes.”

Mount is developing into a fine player but so is Rice. And in many respects, he is even more important for boss Gareth Southgate.

England have plenty of decent offensive players but good defensive midfielders are in short supply.

There will be some major responsibility put on the shoulders of the 22-year-old West Ham man over these next few weeks. 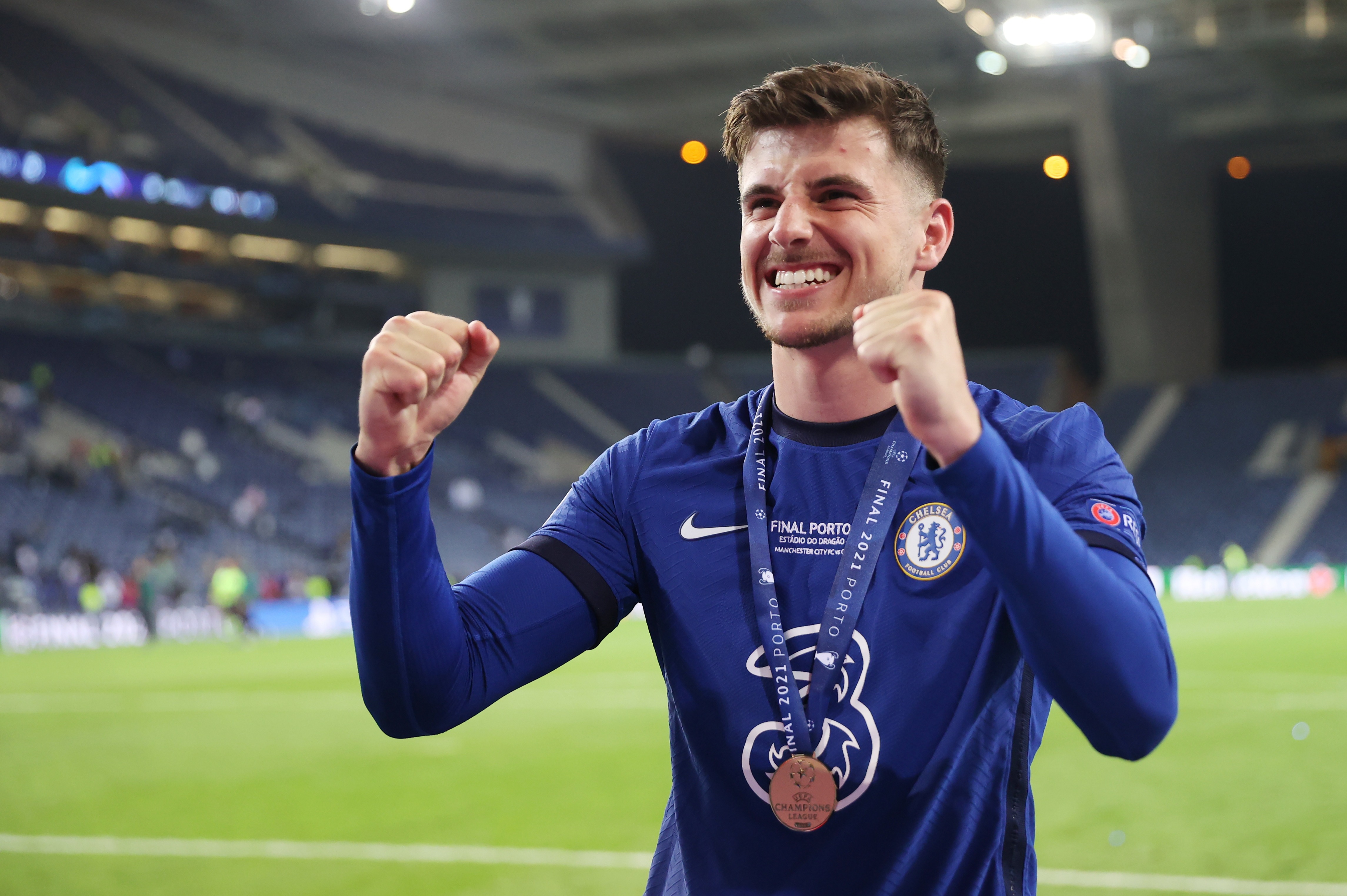 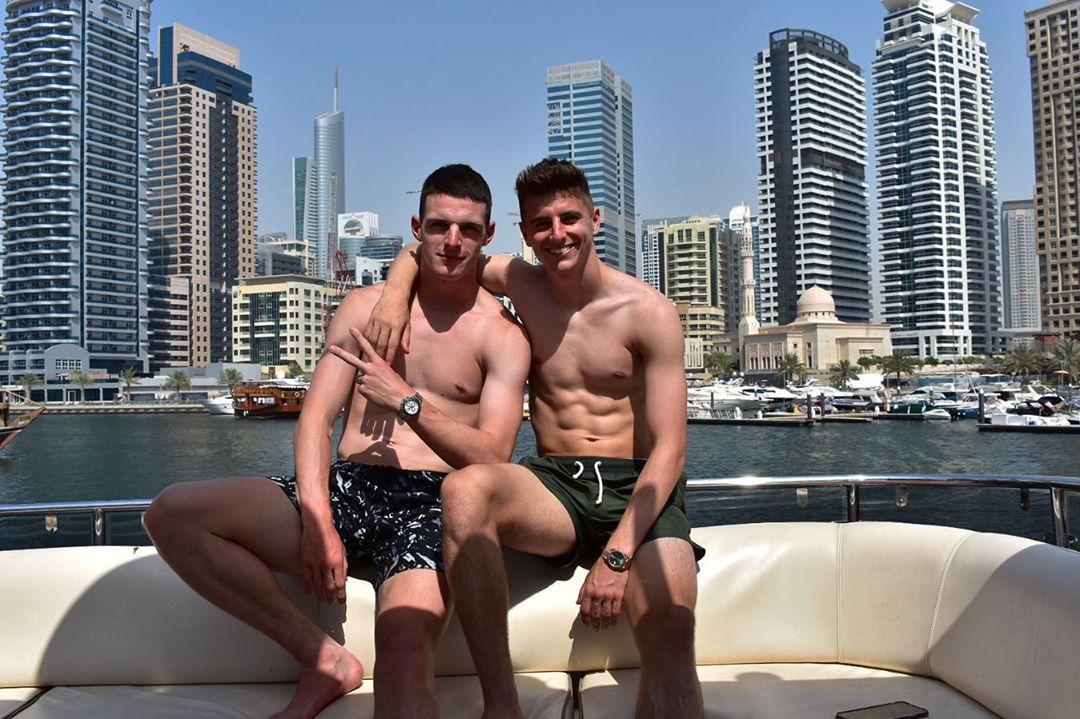 Rice said: “During this tournament there will be some world-class players we can come up against and I want to test myself against them.

“There is far more to my game now than just a holding midfielder.

“It’s funny because my coach, Alan Irvine, who has just left West Ham, pulled me over two weeks before the end of the season and said that I’ve got so many more levels that I can go to — I just need to start showing it more.

“And he’s worked with some top, top players.

“I am a holding midfielder and my job is to protect the defence, but I feel I can definitely add so much more to my game going forward.”

Rice feared he might miss Euro 2020 after suffering a knee injury in England’s 2-1 World Cup qualifying win over Poland in March — but he returned to play the final three games of the season for West Ham.

He said: “It was crazy how it happened. I did it in the Poland game, in the 60th minute, and played the rest of the game but my knee was feeling unstable.

“I was thinking, ‘This ain’t right’. After the game I mentioned it to the doc and it seemed like nothing, it was strange. When I got home I texted the West Ham doctor — I’m a bit of a worrier.

“He sent me for a scan and it came back when I was on my way home. I got the call from the physio saying I ruptured my LCL (lateral collateral ligament) and straight away I asked how long that would be. Was I going to miss the Euros?

“They said it could be ten to 12 weeks and they didn’t know if it needed surgery.

“The first person I called was my dad and then Mark Noble, to say, ‘I think I’m done’. He always gives me good advice and calms me down.

“Once we saw the knee specialist, he gave me full belief I could be back and then as soon as I started my rehab, it was six weeks with no days off. I was back running in four weeks.

“I played three games in seven days after six weeks out at the end of the season so that was tough — but now my knee feels really good and strong. I’ve done everything right, which gives me the best chance to perform.”

Rice has been the Hammers’ captain when Noble has not featured in the team.

It is a certainty he will skipper England at some stage. 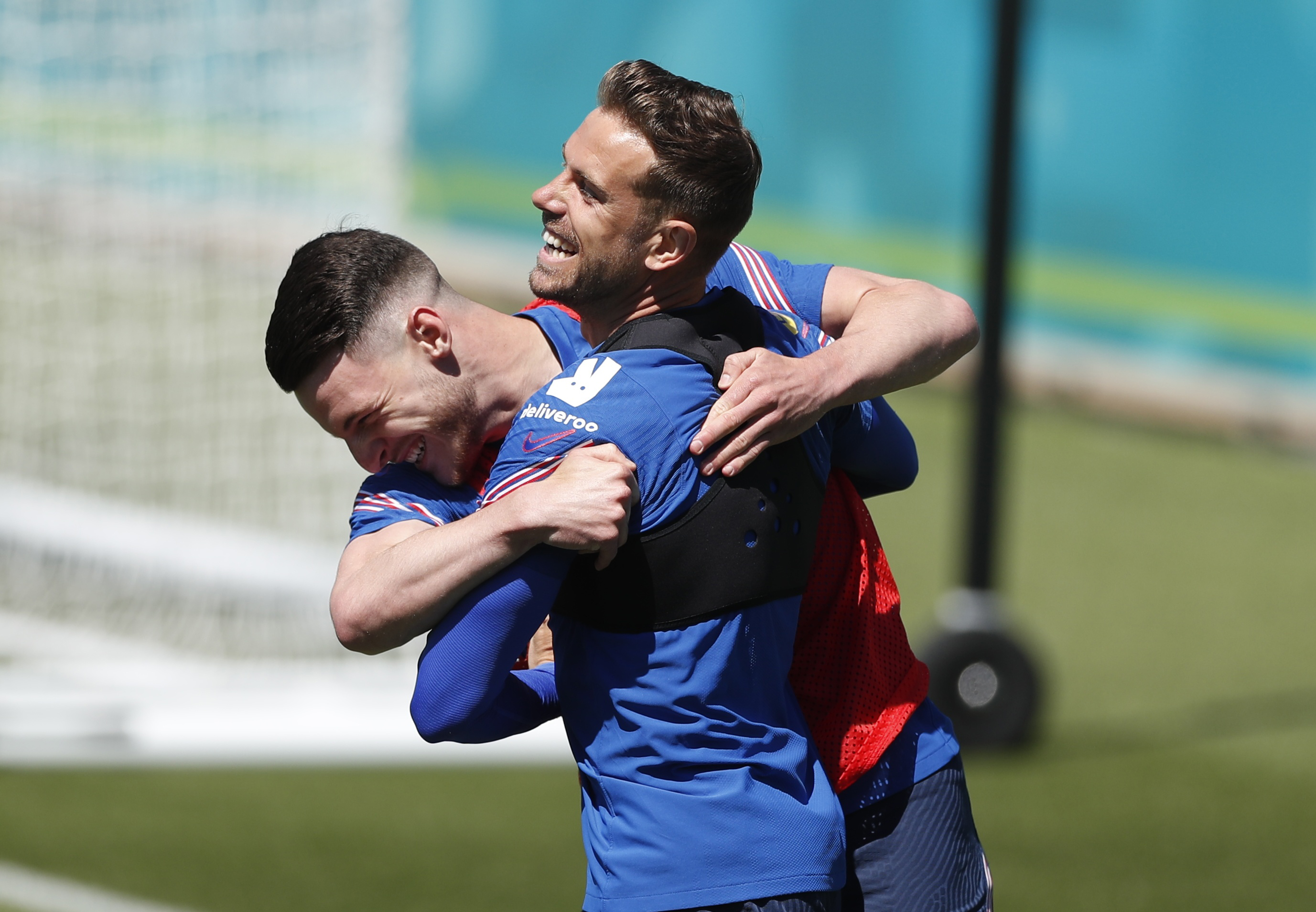 Set to make his 18th appearance for the country at Wembley, he added: “I feel like I have come out of my shell playing for England.

“In the first couple of games, it took me time to get up and running and perform for England.

“But I feel as I’ve got more confident, like with the armband at West Ham, I took it into England here and have no fear.”