MANCHESTER UNITED suffered another dismal day in the Premier League as they were beaten 3-1 by Arsenal at the Emirates.

Their performance was typified by Bruno Fernandes who failed to make any sort of impact and then missed a second half penalty which would have levelled the game at 2-2. 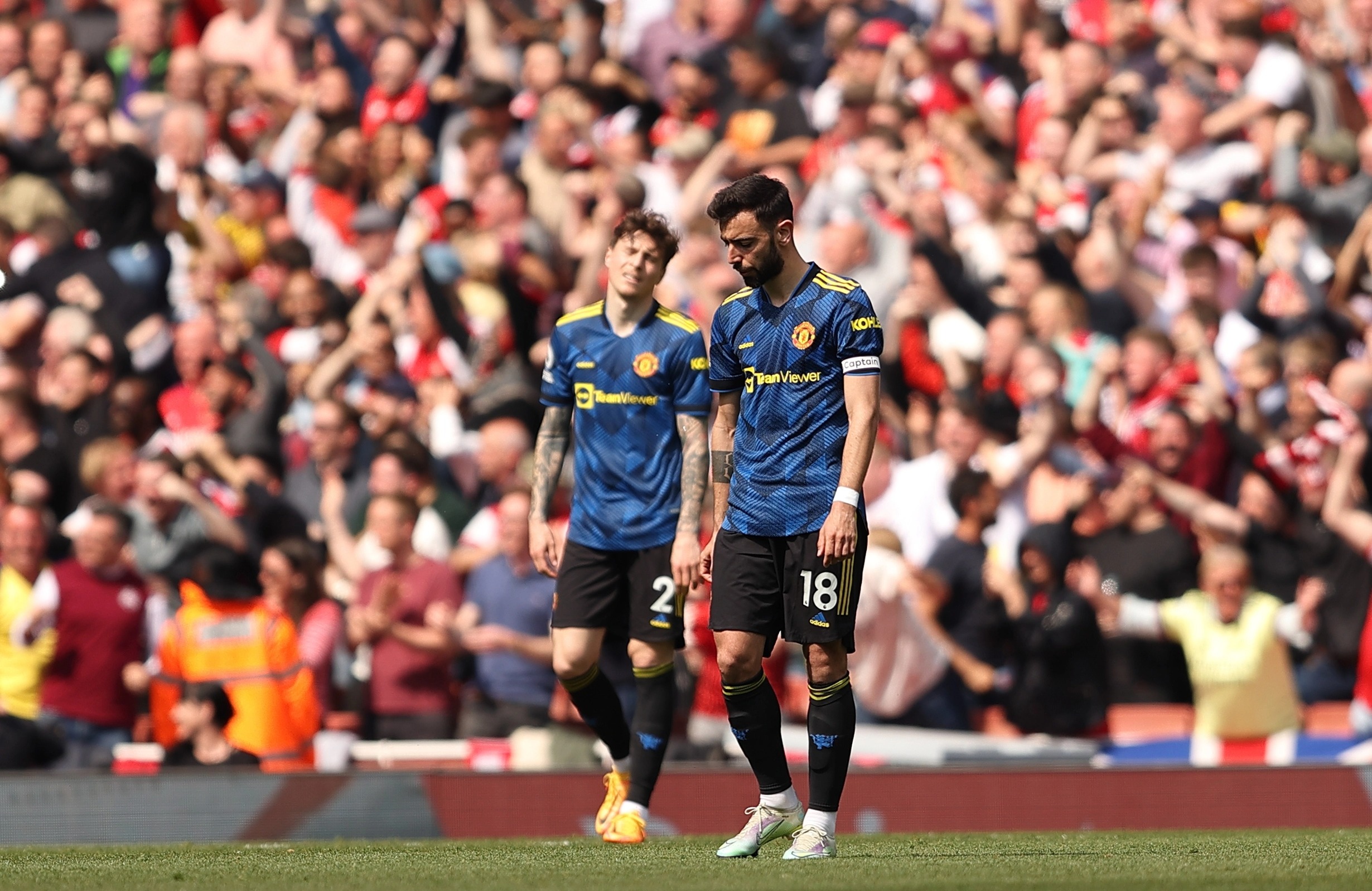 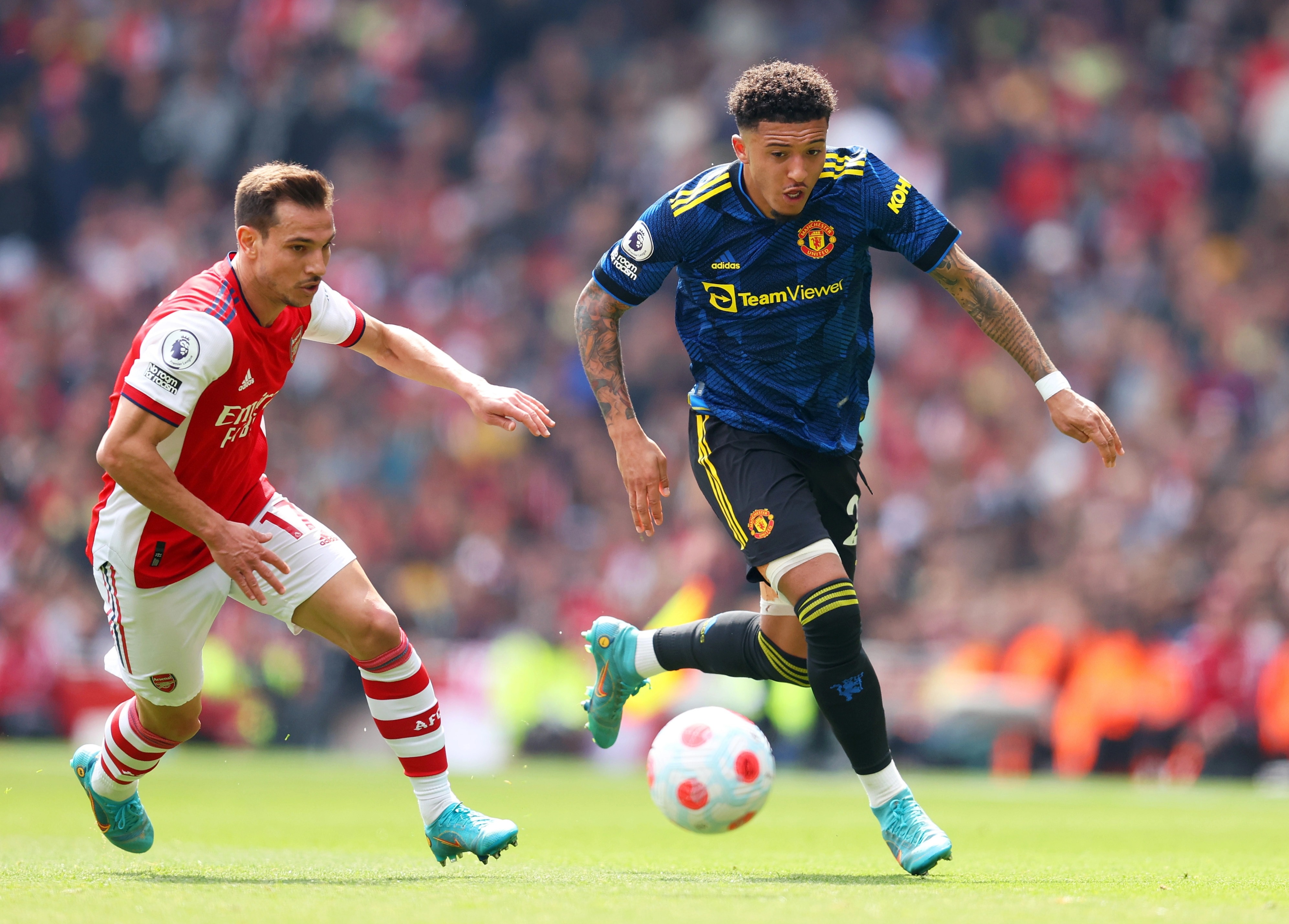 Jadon Sancho provided a silver lining for Red Devils fans as he impressed once again, but there was very little to shout about from a Man Utd perspective on a day when Arsenal proved why they will finish above them.

Pulled off a smart save from Saka before his defence allowed Tavares to put home at the second time of asking.

Then produced a strong hand to deny Nketiah when Dalot decided to go to sleep as the United back line stepped up to play offside.

Could do little about the penalty or Xhaka's sweet strike.

Went desperately close to levelling things up with a sensational 25-yard strike which crashed off the upright.

But moments later showed why he is still a defensive liability when he played Nketiah onside, only to be saved the embarrassment by De Gea.

In many ways the opposite of Wan-Bissaka – good at going forward, can't defend. 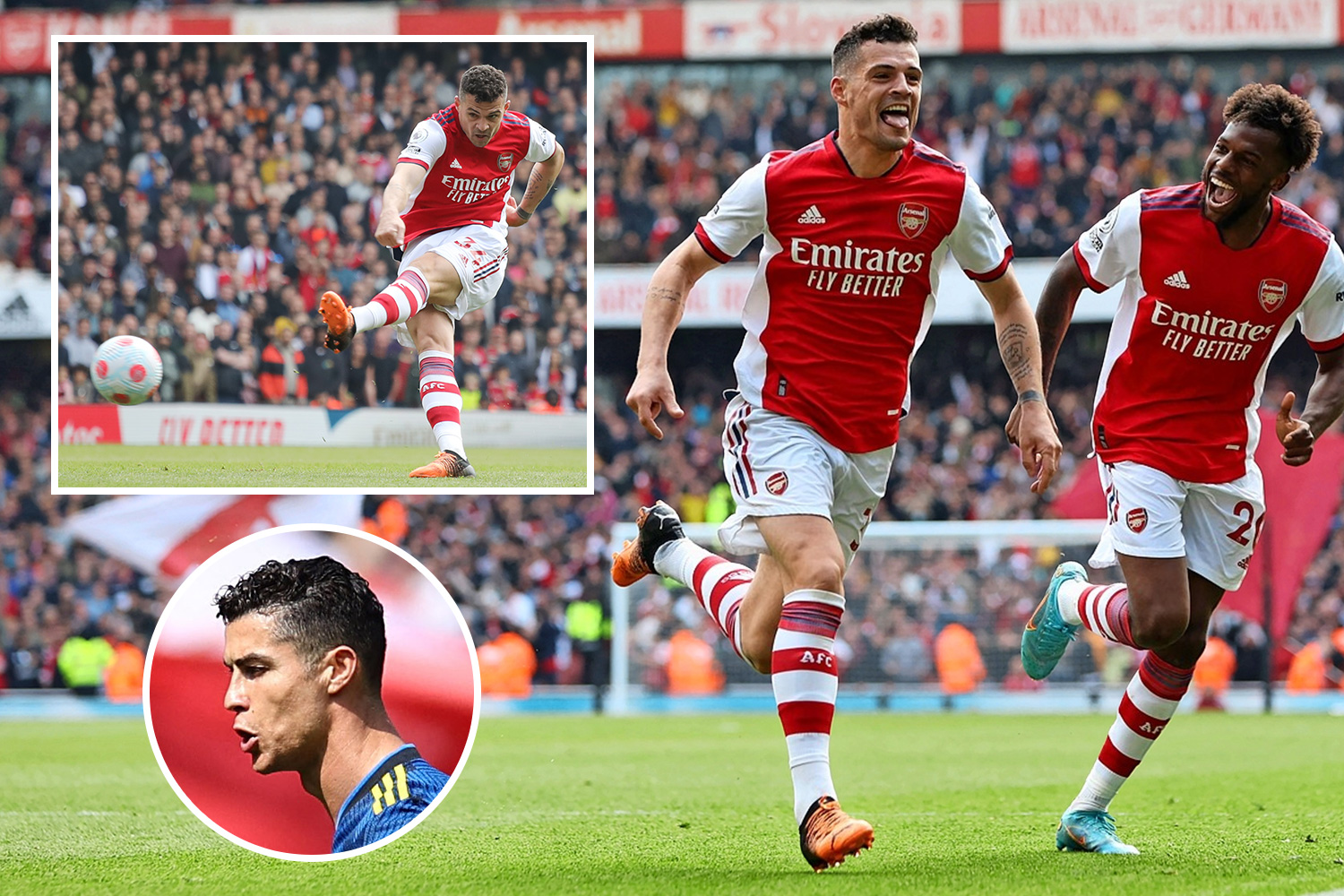 A shadow of the player who starred for Real Madrid for so many years. 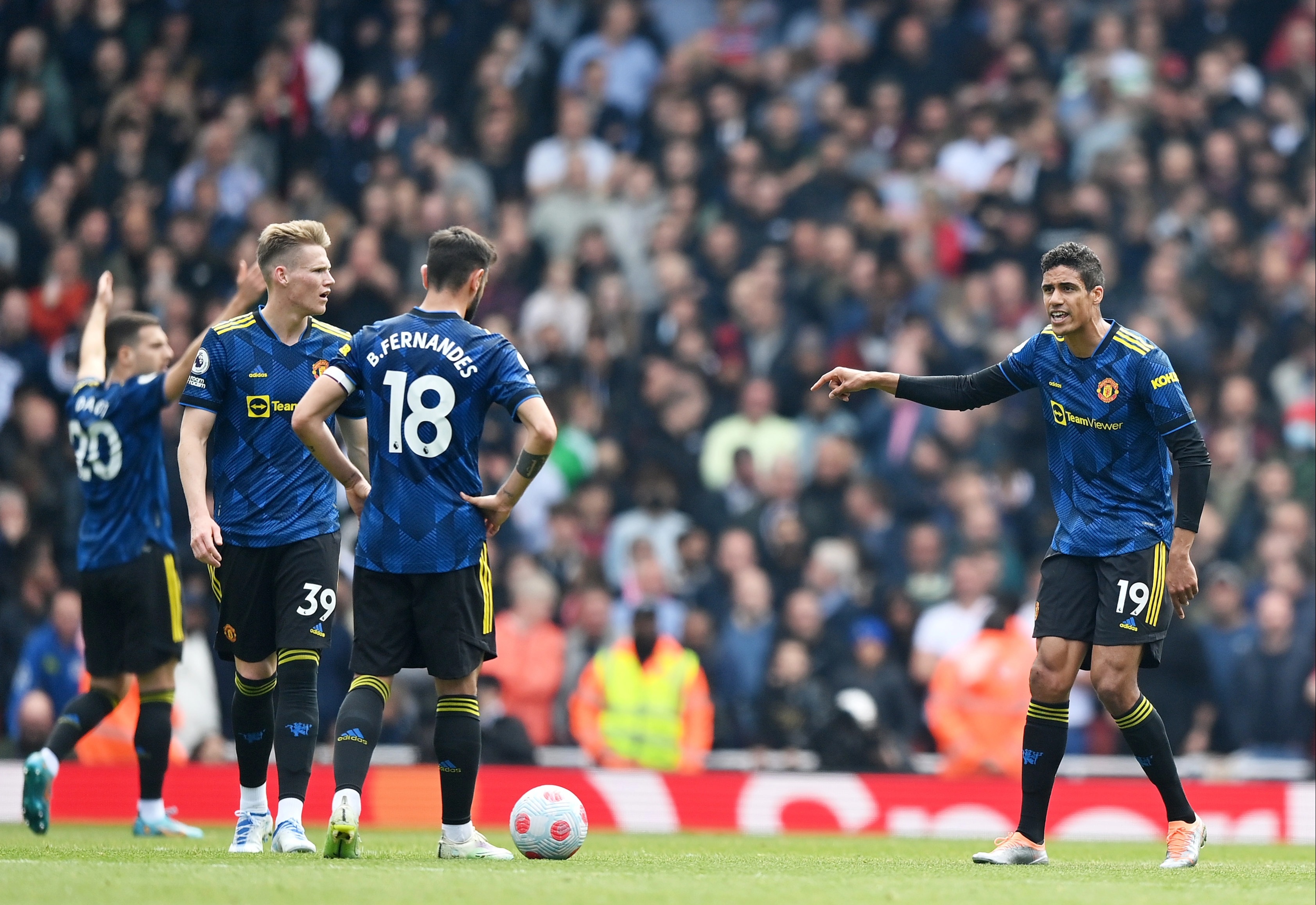 Not the centre-back you want to play when trying to play out from the back against a high pressure Arsenal side.

But strangely probably looked a little more composed and defensively sound than Varane alongside him.

Showed a lack of both commitment and defensive acumen for Arsenal's opener as he was dragged in, missed the crossfield pass, and then allowed Saka the time and space to shoot.

Saka had the beating of him all afternoon as Arsenal overloaded the right side, clearly identifying that as Man Utd's weakness.

Understandably a yard or two off the pace after just 55 minutes of Premier League action since the start of March.

But was one of the few United players who put a shift in and often stopped his side form being carved upon through the middle.

Set-up Ronaldo's goal with a superb cross to the back post.

Ultimately could not deal with the movement of Odegaard in between the lines. Failed to provide the necessary protection to an already desperate defence.

Probably should have done better when he went through one-on-one witn Ramsdale as his effort allowed the Gunners keeper to make a relatively routine save.

Had the beating of Tavares on both the inside and outside, repeatedly blitzing him with his pace and clever footwork.

Lacked a cutting edge in front of goal. 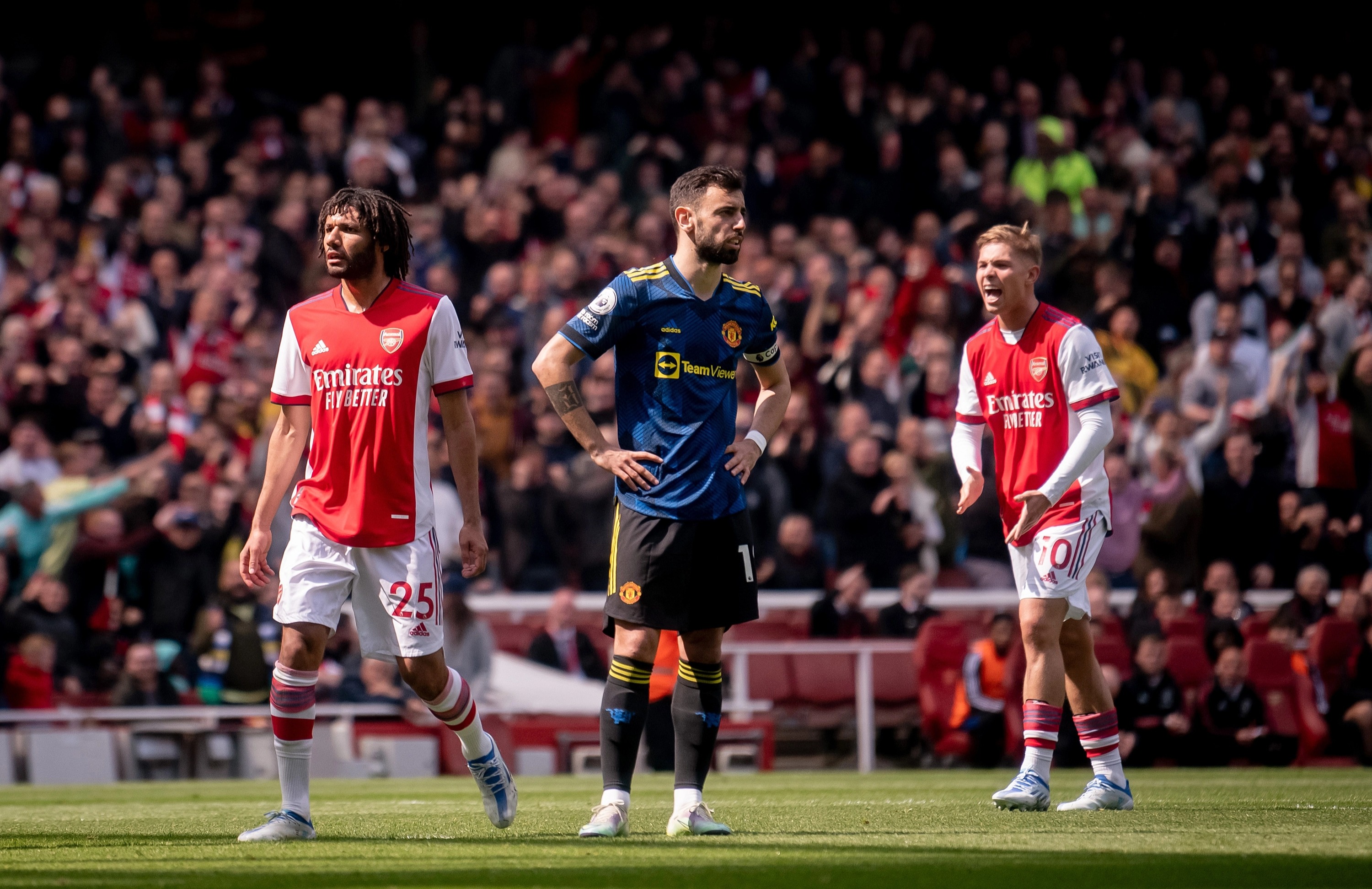 Had a great opportunity in the first half but was denied by the foot of Gabriel when he looked poised beyond Ramsdale.

Didn't affect the game nearly enough. Spent most of the afternoon moaning and complaining to the referee.

Then had the opportunity to level but scuffed his penalty against the post. Also could have been sent off for a bad challenge on 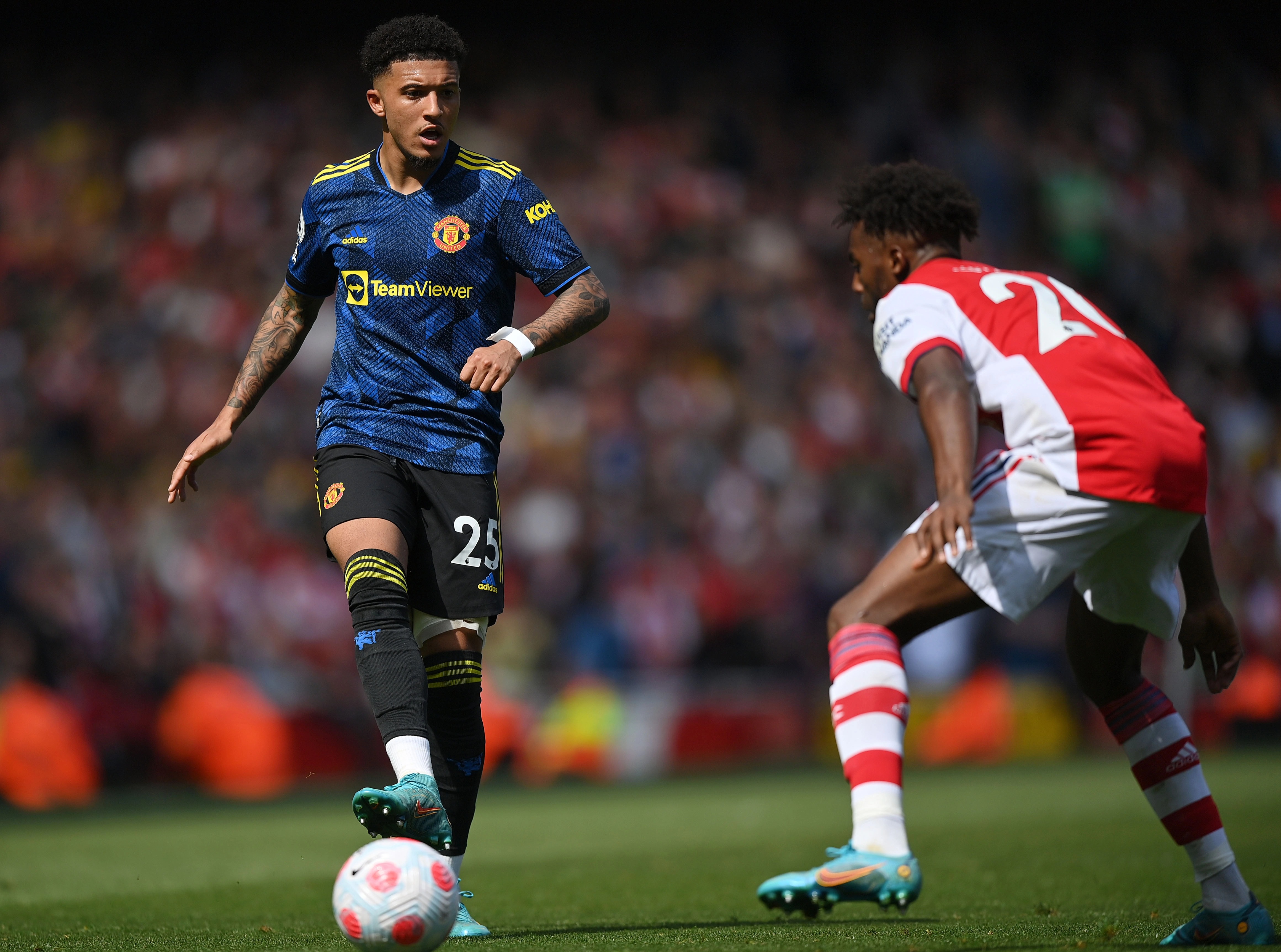 Was a class above Cedric all afternoon as Sancho showed the Emirates his bag of tricks.

Beginning to look like the player we saw at Borussia Dortmund. Was unfortunate not to win a penalty when Cedric scrambled the ball away with his arm after being bamboozled by the Englishman's skill.

Showed superb movement before finishing with aplomb to get Manchester United back in the match when it looked as though it was running away from them.

Drifted in and out of the game. Was unlucky not to have a brace to his name after a marginal offside call saw his sensational second half finish ruled out.

Had a few neat touches of the ball but didn't have enough time to really affect the game.

Had very little impact on the match as United chased the game but made very few inroads.

Given the tough task of impacting a match that had already escaped Man Utd. Tried his best with a few runs down the right but lacked end product.