MANCHESTER UNITED are 'in contact' with Barcelona forward Ousmane Dembele and 'preparing a summer transfer bid', according to reports.

The Frenchman is currently under contract at the Catalan club until 2022 and Barca boss Ronald Koeman is keen to keep the attacker. 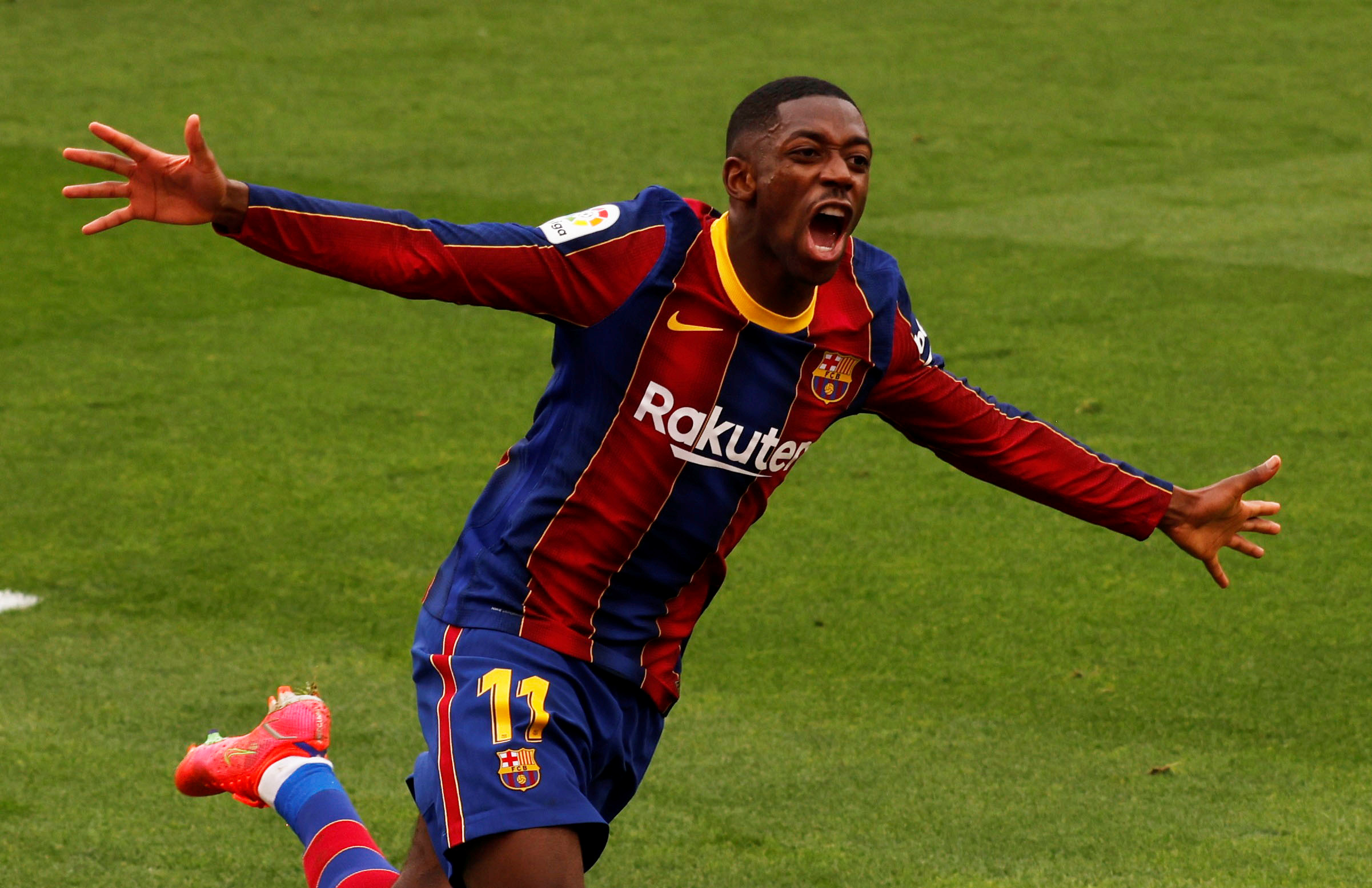 But Sport have reported that Man Utd are ready to swoop in and claim Dembele by turning his head at the end of the season.

Barca are currently trying to lower their wage bill due to financial problems at the club.

As a result, Dembele's wage demands may be a problem when discussing a new contract.

Mundo Deportivo believe the club and player are in negotiations over a fresh deal to keep him at the Nou Camp.

However, if Dembele's salary expectations cannot be met then Man Utd are poised to strike and offer a transfer fee for the forward this summer.

The Red Devils see him as a possible alternative to Jadon Sancho, who they have been trying to sign for some time.

And Barcelona would feel pressured to sell Dembele if he does not put pen to paper as in 12 months time the World Cup winner will be able to leave on a free.

The 23-year-old has been criticised for his level for performance since joining Barca for £138million in 2017.

But he has started to show signs of improvement under Koeman, scoring nine goals and assisting four more in his 35 games this season.

Meanwhile, Man Utd have also been looking at some other potential signings who would come in for cheaper than Sancho or Dembele.

Pedro Neto, Ismaila Sarr, Andre Silva and Patson Daka have all been linked with a move to Old Trafford at the end of the current campaign.