Man claims eating Tesco poppy seed bread made him FAIL a drugs test for a new job after traces of opium were found in his system – and it can really happen!

A man has claimed to have failed a drugs test for a new job after eating slices of his favourite Tesco ‘poppy seed bread’.

His potential employers didn’t give him the position after he received a positive result, due to opium being found in his system.

Yet the man, who hasn’t been identified but is thought to be based in the UK, was left baffled, and has insisted he hadn’t taken any drugs and wasn’t on any medication prior to his interview.

Instead, he believes the traces of the drug can only have come from the sandwiches he’d had before his meeting, which were made using a bread from Tesco that has poppy seeds sprinkled over the top. 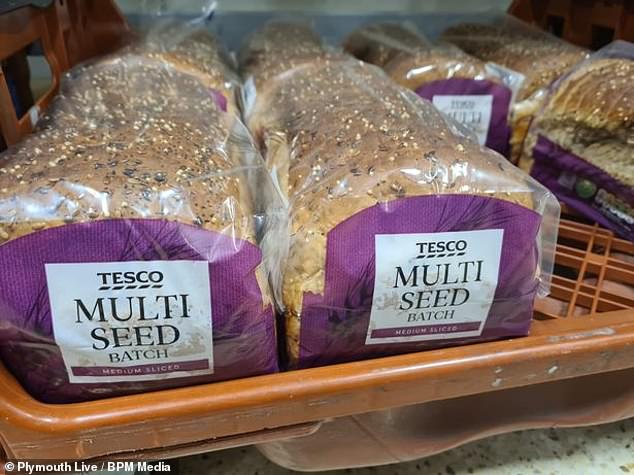 The man’s shocked sister explained online how she had given him slices of the seeded loaf to make sandwiches before his job interview.

According to medical journals, this type of bread can cause a positive test result on a drugs test.

This is because although poppy seeds do not contain any opium initially, the seeds can absorb opium or become coated by it in the harvesting process.

Healthline says that, although poppy seeds go through a thorough cleaning before being processed, they could still contain trace amounts of opiate residue.

The baffled sister took to social media to raise awareness about this issue, writing: ‘Just a quick one for everyone to be aware of… My brother went for a job interview today and had to do a drugs test he failed, with opium in his system.

‘He doesn’t take painkillers as he is scared of drugs and painkillers. Yesterday he came to mine and I had his favourite bread in, he took four slices home with him, ate two yesterday and made a sandwich to take with him today as he was going to be at this interview all day. 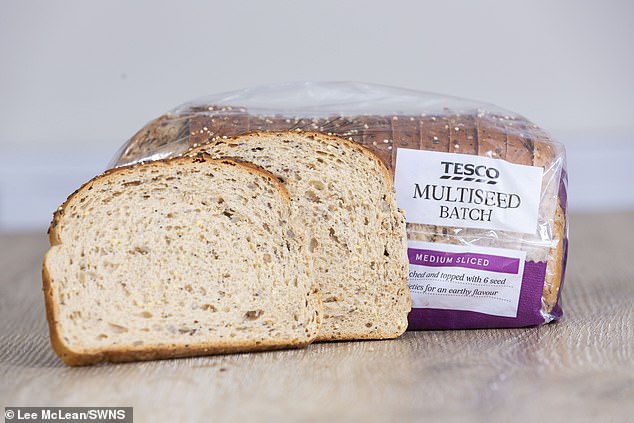 His potential employers didn’t give him the position after he received a positive result, due to opium being found in his system. Pictured, Tesco Multiseed Batch bread

‘Poppy seeds caused him to fail his drugs test! As he failed he didn’t get the job no matter how much convincing he tried. So just a warning, do not eat seeded bread with poppy seeds two to three days before a drugs test.’

A Tesco spokesperson said: ‘Although seeds themselves don’t usually contain these naturally occurring chemicals, sometimes harvesting can transfer them from the plant to the seeds.

‘We work closely with our suppliers to make sure that they source from low opiate varieties, and that they follow the guidance developed by the EU and UK to minimise the levels present as far as possible through good practice from harvesting onwards.

HOW A DRUG TEST COULD MISTAKE POPPY SEEDS FOR OPIATES

by Mia de Graaf, US Health Editor for DailyMail.com

Poppy seeds come from the opium poppy plant, the same one that has been used to make the powerful sedative for thousands of years.

It produces both seeds and a milky substance, that is still the basis of opiate and opioid drugs, including morphine, codeine, Oxycontin, and heroin.

Even an excessive amount of seeds won’t be enough to get you high, and they are not addictive.

But it will raise the levels of morphine in the blood – and a blood test cannot tell the difference between morphine and seeds.

WHAT IS THE THRESHOLD?

Eating an ‘excessive’ amount of poppy seeds that have a high concentration of morphine can send blood levels spiking to as high as 2,000 nanograms/mL.

To test positive after eating poppy seeds is unusual, but it happens.

When a person tests positive for opiates in their blood, the test is showing that they have ingested morphine.

That could be from a prescription drug, poppy seeds, or heroin.

There is a way to tell the difference between heroin and morphine in the blood, because heroin breaks down quickly into another compound, so doctors can screen for that.

But that’s not the case for seeds and morphine.

Your best bet, doctors say, is to go for sesame over poppy seed if you’re hankering for a bagel before a drugs test.