WHEN Ilkay Gundogan smashed a penalty into the back of Manuel Neuer’s net in the 2013 Champions League final, it was a sign of things to come.

The 22-year-old was the lynchpin of Borussia Dortmund's midfield and promised to become one of the best players in European football – but his rise has been far from easy. 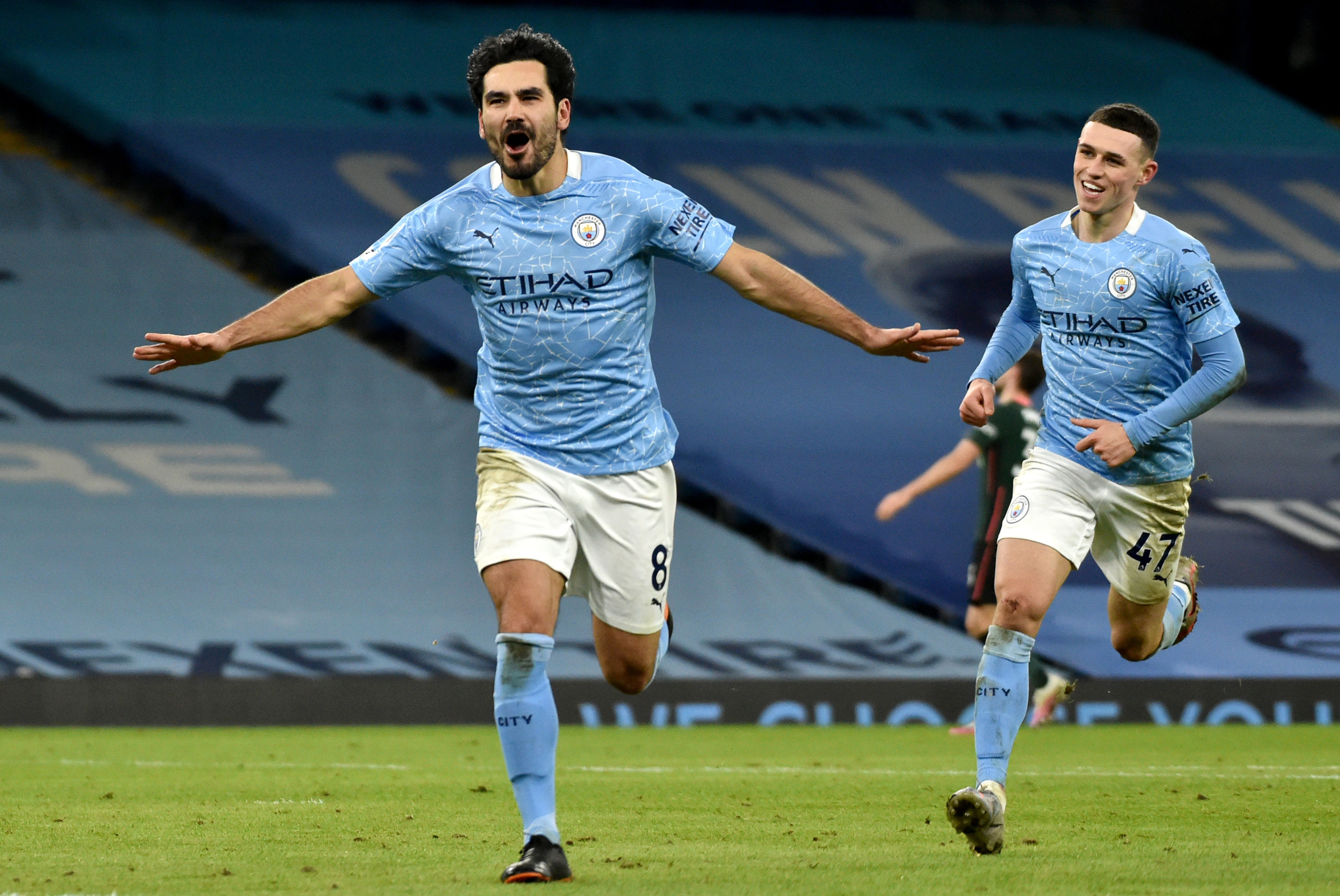 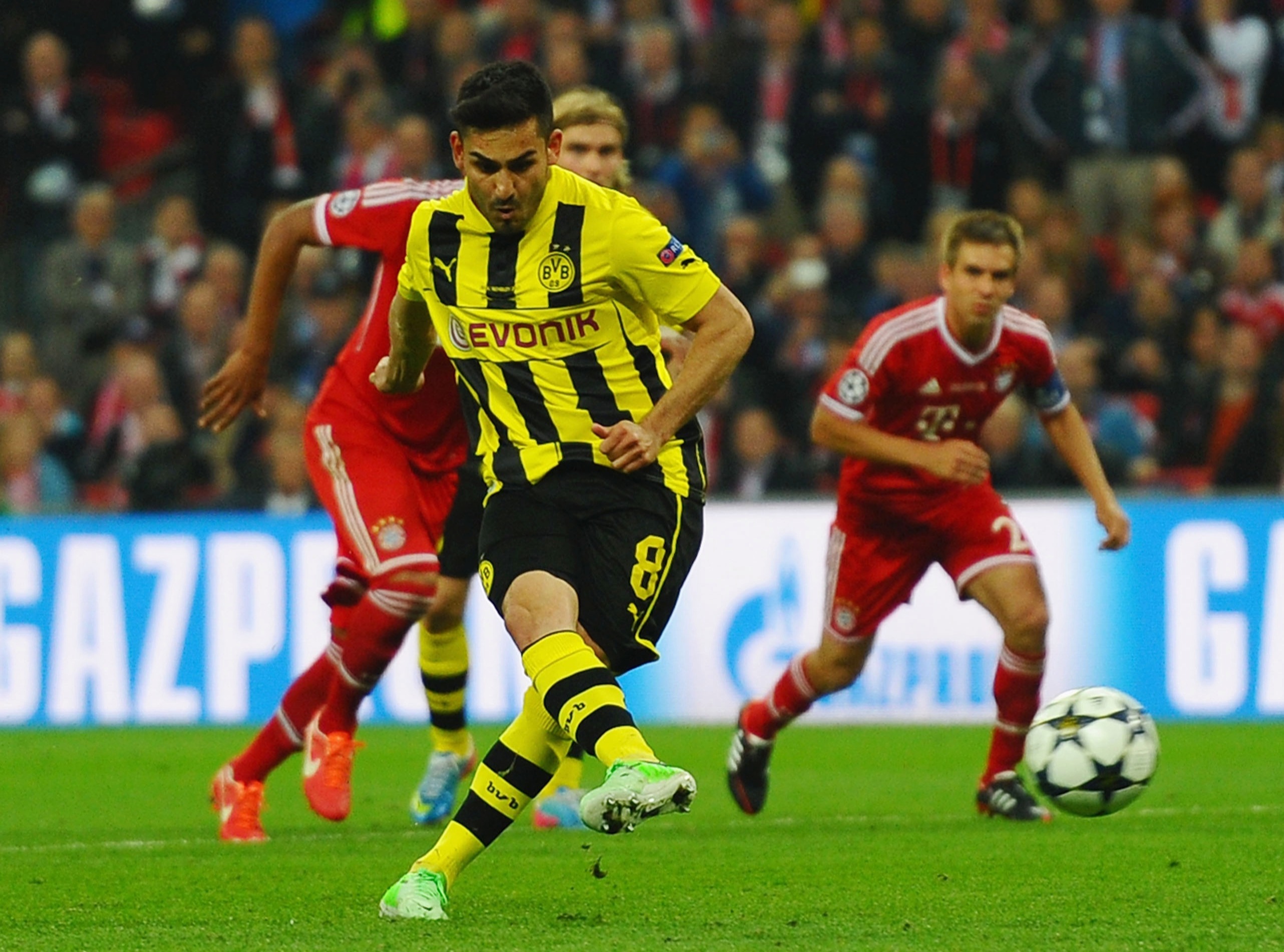 Gundogan's career began at Schalke – his local side and Dortmund’s bitter rivals – where he was rejected as an eight-year-old.

The young midfielder eventually found his way to Nuremberg, where he established himself as a Bundesliga regular and persuaded Jurgen Klopp to spend €4million for his services.

Joining Dortmund was a daunting prospect for the 20-year-old, who replaced Real Madrid-bound Nuri Sahin.

Klopp needed Gundogan to hit the ground running if the German champions were to keep Bayern Munich at an arm’s length, but the manager had complete faith in the player’s ability.

The future Liverpoool boss told the press in 2011: "Ilkay has a great passing game, is a complete footballer and fits perfectly into our system."

And Gundogan responded to the pressure, scoring in a penalty shoot-out defeat to Schalke in the German Super Cup.

It was a bittersweet moment for the youngster on debut, who had delivered against his rejectors but found himself on the losing side.

The cultured midfielder went on to have an excellent first season at his new club, making 28 Bundesliga appearances as Dortmund defended their crown. 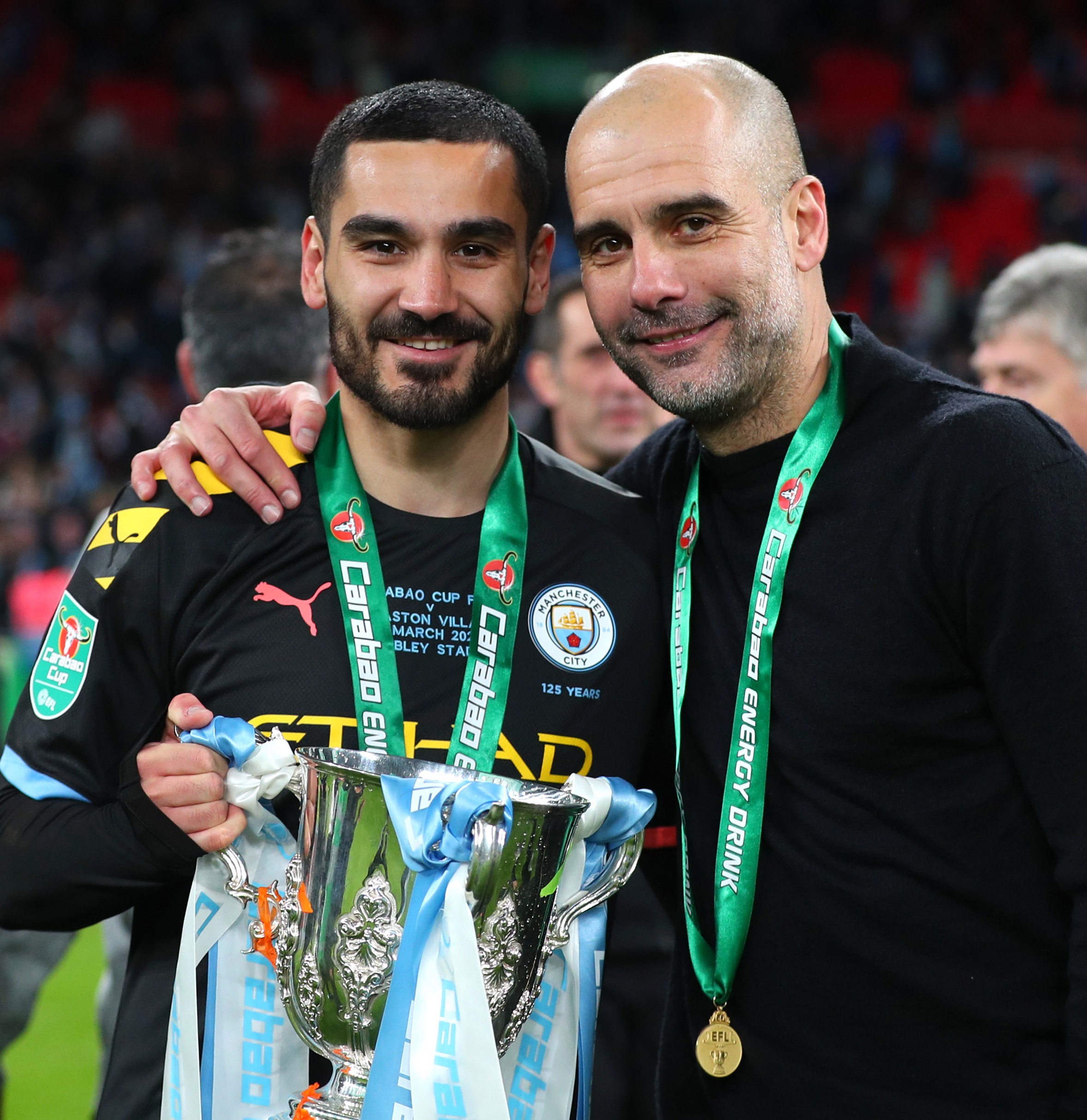 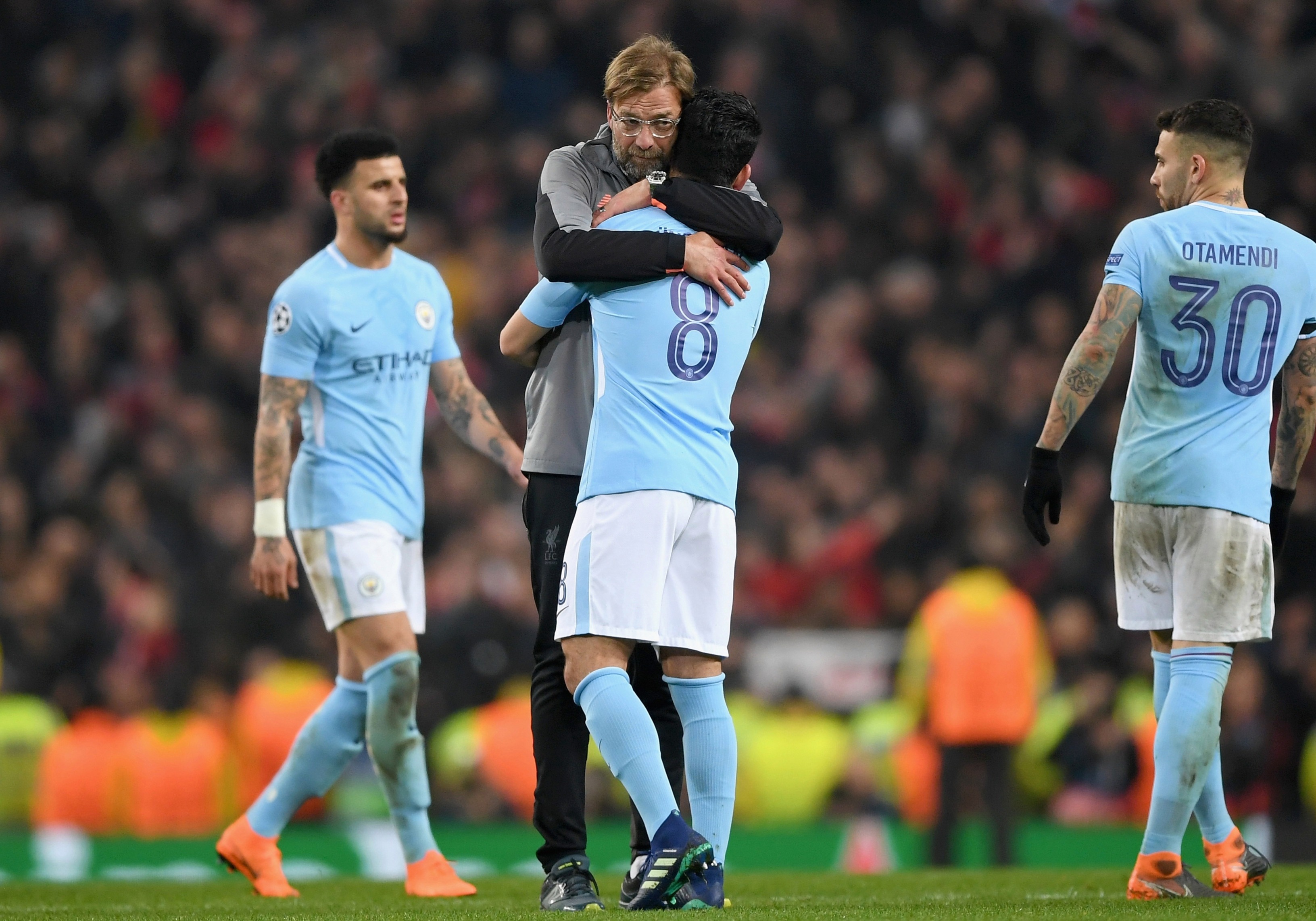 And although Bayern caught Klopp’s side the following season – winning the first of their nine consecutive league titles and the Champions League – Gundogan continued to impress.

He had become a dynamic playmaker, an excellent passer of the ball who could dictate the play in a deeper role or create gilt-edged opportunities in and around the box.

Club and international honours appeared to be a given for years to come, starting with the World Cup in a year’s time.

But disaster struck when he picked up a puzzling back injury at the beginning of the 2013-14 season.

Gundogan ended up missing the rest of the campaign and the tournament – which Germany won – as he battled a long and confusing complaint.

Speaking to the Guardian about the back injury in March, he said: "I was out for 14 months but the worst part was that no one really knew what kind of injury it was.

"I saw a surgeon and he wanted to put a big screw in my back which would not allow me to play football at that level." 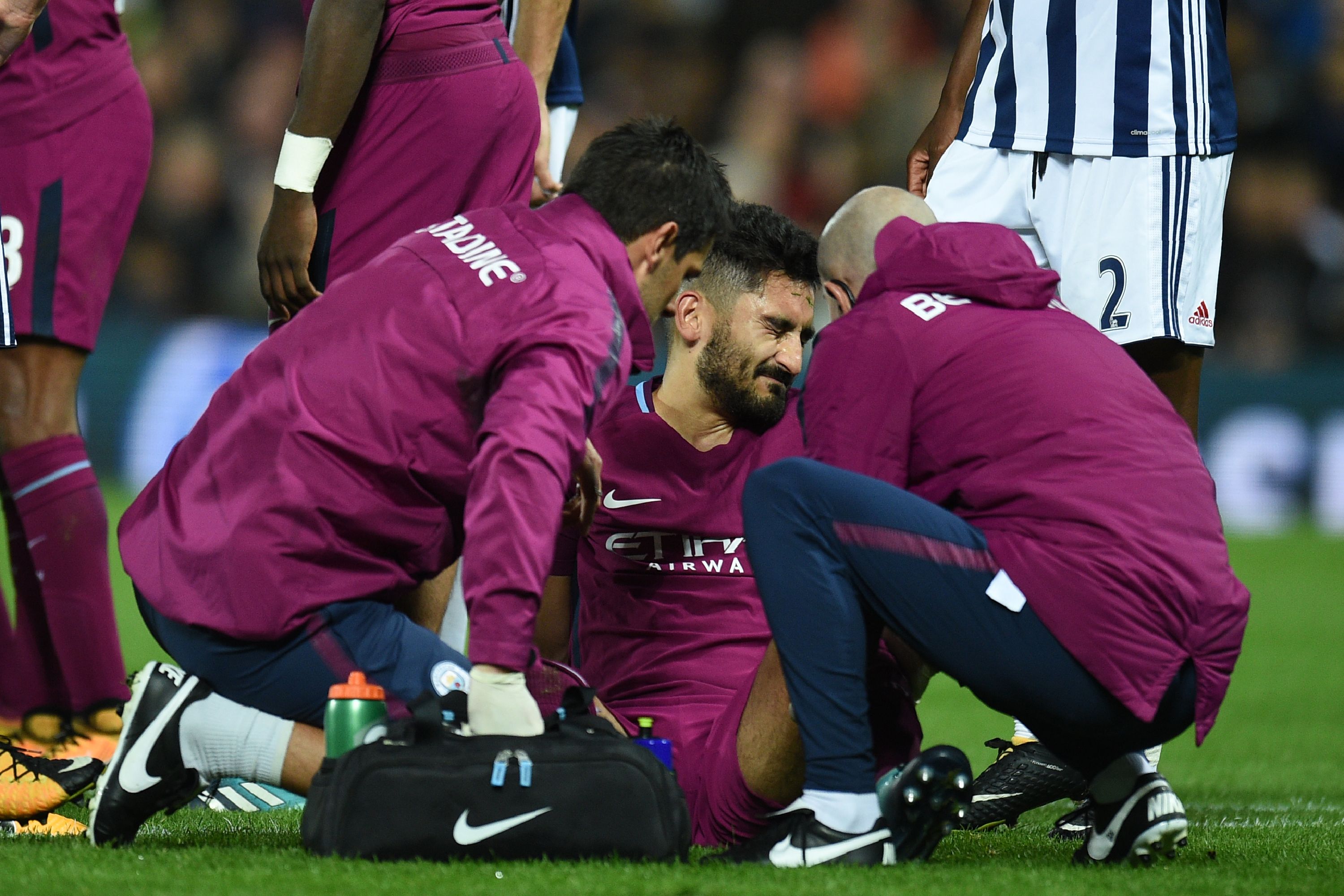 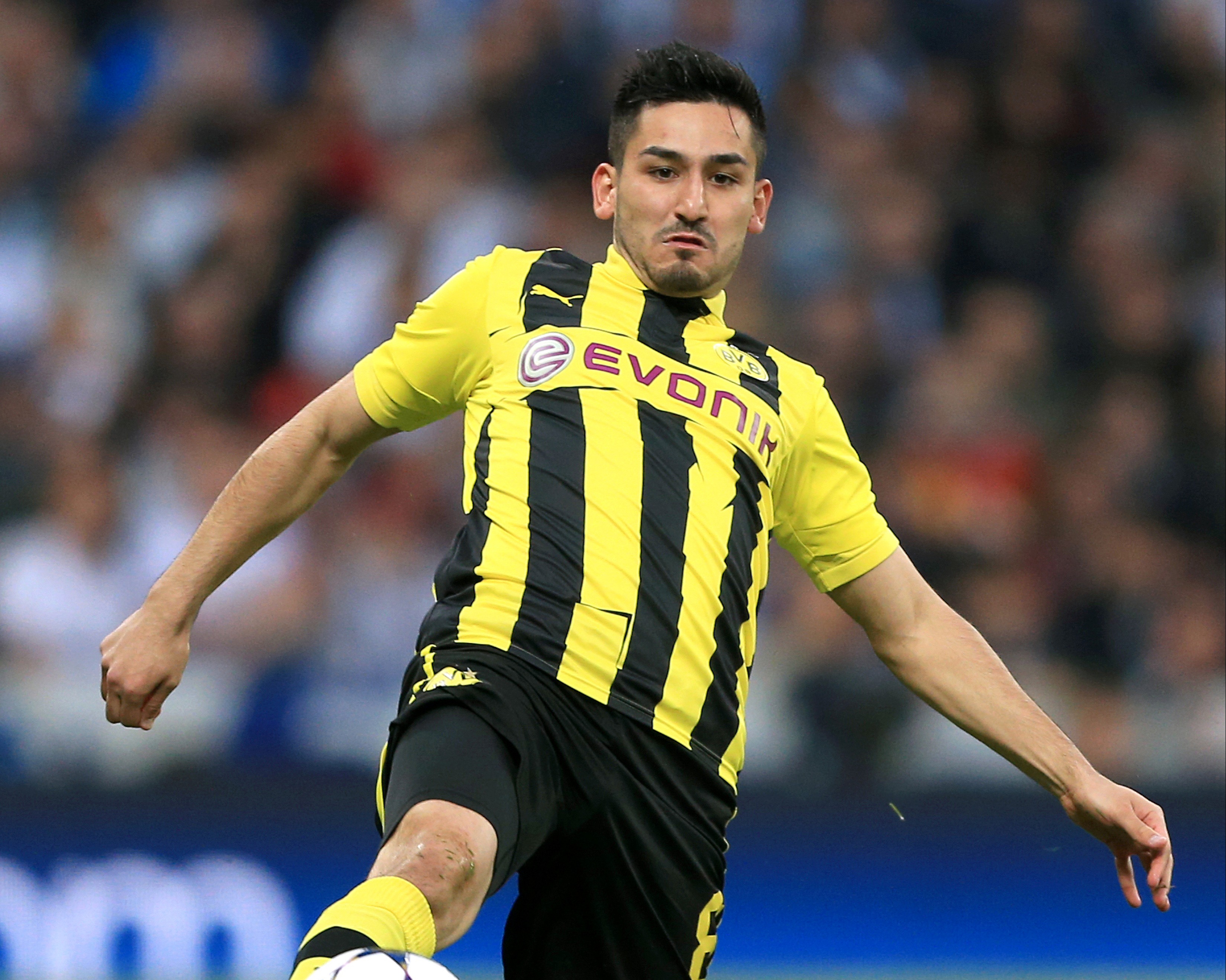 Drastic action wasn’t necessary in the end as Gundogan managed to find a surgeon who would save his career, making his return in October 2014.

But Klopp’s Dortmund were a shadow of their former selves by that point, losing star players Robert Lewandowski and Mario Gotze to Bayern and falling well off the pace in the Bundesliga.

With the manager also on his way out, it was clear Gundogan needed to leave the German club if he wanted to have another crack at winning the Champions League – and in 2016, Manchester City came calling.

Gundogan was Pep Guardiola’s first signing at the Etihad and he immediately became an integral part of the squad, making 10 Premier League appearances before injury struck again.

This time it was a more common diagnosis – rupturing the dreaded anterior cruciate ligament – and although he later confessed it wasn't as tough as his back problem, it still ruled him out for nearly a year.

Gundogan has since managed to avoid serious injury, slowly asserting his presence on Guardiola’s all-conquering team.

He’s been arguably City’s best player this season, scoring 12 Premier League goals and winning two Player of the Month awards as his team have secured their third title in five years.

The 30-year-old has been helped by the departure of magician David Silva, giving him and young Phil Foden the chance to fill the significant void left by the City icon.

Gundogan is now one of Guardiola's leaders on the pitch but having suffered with injury throughout his career, he isn't getting carried away.

He told CBS Soccer in February: "To be honest, I'm not enjoying [the attention] too much.

"It's nice to be recognised, to see people talk mostly in a good way about you, but of course I know how quickly that can turn around."

But with the Champions League final just a week away and Euro 2020 on the horizon, fans and commentators should be getting excited about City’s German genius.

Although there are doubts over his fitness after he picked up a knock in the team’s 3-2 Premier League loss to Brighton in midweek, Gundogan has a second chance to become a European champion.

The talented midfielder is finally at the peak of his powers and, injury permitting, may just be at the start of a golden period in his illustrious career.

Tags: City, Gundogan, I, Ilkay, Man, Star
You may also like
Celebrities News