Few things seem to feed into the soul of Sydney like real estate does. Everyone is vying for a slice of it. Everyone is measured by it – that is, when they’re not being measured by what school they went to. And everyone is talking about it, all the time. Understandably, perhaps: Sydney real estate is, after all, the equal of New York, London or Tokyo in terms of expense and obsession. 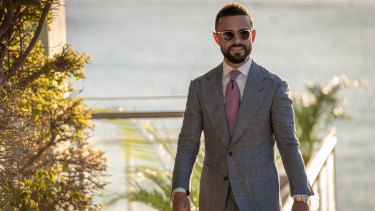 Scratch the surface, however, and things are never quite what they seem. In truth the most expensive property markets in the world are Monaco (at about US$5,263 per square foot), Hong Kong (about US$4,393 per square foot) and Geneva, Switzerland (US$2,123 per square foot). Sydney comes in a few rungs down the ladder at around the US$1,768 ($2366) mark, just behind Shanghai and London.

Still, that’s not going to stop people from wearing overcooked sun tans and working a tapered pant on the real estate trail. Nor will it stop the reality television cameras from following them and packaging it as the property market’s answer to MasterChef.

Luxe Listings Sydney isn’t here to sell you a house. It isn’t even here to sell you a good kitchen renovation. Rather it’s subtly (and not so subtly) stroking the egos of its participants, and dabbling in the realm of pseudo-script. Not because the situations are contrived, though at times they certainly feel a little stretched, but because they play richly with character archetypes. This isn’t cops and robbers, but it is a show which has a cast of characters.

As obvious as it might seem, it’s actually a hard balance to strike. Seven’s MKR, when it was guided by the hand of producer Rikkie Proost, effected that transaction brilliantly. Luxe Listings Sydney, under the similarly skilled hand of Paul Franklin, among others, does much the same. What is extraordinary about reality television in Australia is that given the commercial network appetite for it, and the way it is slathered into the program schedule, there are so few people who actually do it well. 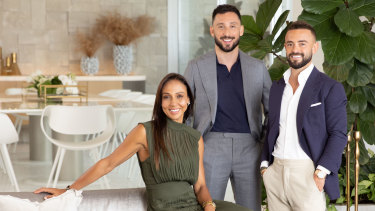 The series is shrewdly cast – rival agents D’Leanne Lewis and Gavin Rubinstein and buyer’s advocate Simon Cohen – are straight out of the genre play book. But as the screen populates with colleagues and associates, everyone starts to look a little generic. That’s a risk. As is front-loading the opening episode with the type of pretentious posturing that makes the show alluring to one demographic, but stomach-churning to others.

But there are personal touches here that add a solid dimension. Unlike most shows in the real estate genre that fade out after the auctioneer’s hammer has fallen, Luxe Listings Sydney goes home with its subjects. And even if some of those moments feel a little played for the camera, they give it a more intimate and authentic dimension. On that front, Lewis and Cohen at least generate enough screen warmth not to send you cold on the idea of staying with it.

Tags: line, Listings, Luxe, O, the, walks
You may also like
Celebrities News