Lucy Hale tackles her most intense role yet in the new series ‘Ragdoll.’ HL spoke EXCLUSIVELY with the actress about taking on this ‘darker’ role, Edmonds’ complicated history, and more.

Lucy Hale shines in the AMC+ Original thriller Ragdoll as DS Lake Edmonds, a new recruit who helps investigate a grisly case involving a serial killer. After starring on Pretty Little Liars and Katy Keene, you almost don’t recognize Lucy as Edmonds. She totally transforms into this character.

“I don’t want to say it was strategic to do a show like this, but I think after my last experiences in TV, I knew that when I took on another role in the TV space that it would have to really get my heart beating fast and creatively get me so excited,” Lucy told HollywoodLife EXCLUSIVELY. “When I got sent the script, I just knew. I was like Ragdoll, solid name. Killing Eve producer, solid, solid. So like, all the pieces made sense. But then I read the script and I swear, I read it in one sitting. I probably read it twice that day. It was that good. The writing was just, in my opinion, perfect. Freddy Syborn, who adapted the scripts from the book, it blew my mind how he knew how to write for a young American female. So that was shocking to me because the way Edmonds speaks is actually how I think, so the writing was incredible. I naturally love these types of shows. I am drawn to the darker, more morbid things in life. I don’t know why. I don’t know what that says about me. I thought this show stood out because of the balance between this dark humor and how these characters cope with what’s going on around them and the gruesome nature of this case.” 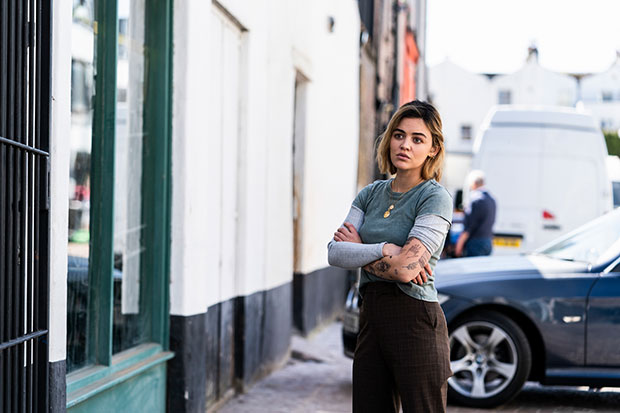 Edmonds is an American detective who heads to London to help solve the Ragdoll Killer case alongside Nathan Rose and Emily Baxter, played by Henry Lloyd-Hughes and Thalissa Teixeira. Lucky admitted that Edmonds is determined to do things right after “mistakes” in her past.

“I could tell that there was a little more than meets the eye, and so later on in the season, you find out what’s happened to her and led her to this point in her life,” Lucy revealed. “But I think that she’s a guiding light for a lot of the people on the show. She’s the underdog. She talks too much but has a lot of really good points. She is really smart and knows her stuff and really just wants to do the right thing. But underneath all that, she wants to do the right thing because she’s made some mistakes in her life. She’s just a little more aware than some of the other people in the workforce, and I think that she becomes the audience’s point of view for a while on the show.”

Lucy added that Edmonds “really respects Baxter. She wants to follow in her footsteps. They’re the only two females you see in the show in this man’s world of the police force. I think she also really respects Rose, but she’s aware of his history and the things he’s done and his mental health.” When it comes to Rose, Edmonds is “a little concerned about how he could ruin the case. She’s always got her eye on him and is trying to open up Baxter’s eyes to Rose. So it’s kind of this weird dynamic throughout the show of they team up together at different times and don’t trust each other at different times. So it’s an interesting little, not love triangle, but I feel that she’s Edmonds is much like a third wheel most of the time.” 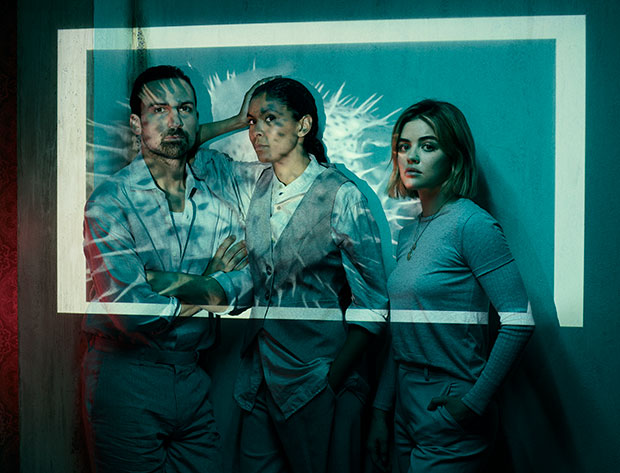 As Edmonds, Rose, and Baxter race to solve the Ragdoll case, it starts to consume them. “They don’t eat. They don’t sleep. They give 100 percent all the time to the point that it messes with their head and messes with their mental health,” Lucy told HollywoodLife. “Edmonds makes a good point to Rose. She says, ‘Well, how is your mental health? Because it actually can change the facts of the case. Like your state of mind can ruin this for us.’ It’s another moment of her talking too much, but she makes a good point with that. But to answer your question, they give it everything — physically, mentally, emotionally. They just lay it all out there.”

Based on Daniel Cole’s best-selling novel, this six-part series will premiere exclusively on November 11 on AMC+. New episodes of Ragdoll will premiere on Thursdays.

Tags: Lucy Hale
You may also like
Celebrities News