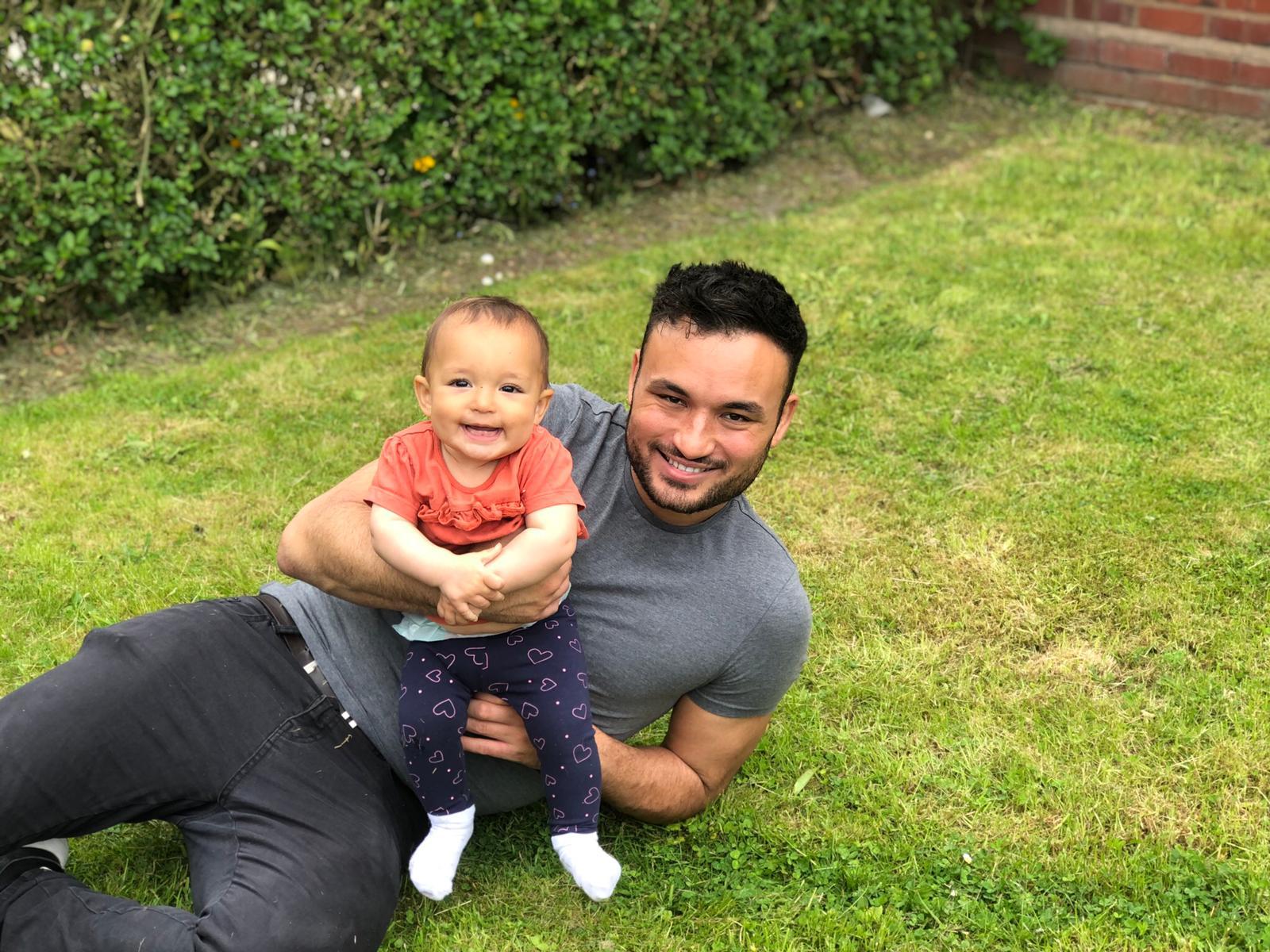 One of my favourite (and saddest) memories of my one-year-old daughter from the last year was a FaceTime we had on my first day back in the office.

As she looked at the screen and realised it was me, she gave the biggest, cutest smile. Then she got all embarrassed and wouldn’t look at the phone. It was both heartwarming, and heartbreaking.

I had been with her 24/7 and now we were going to have to adjust to part of our relationship happening virtually.

Born in September 2020, as a lockdown baby, FaceTime was not only the first place she usually met people, it’s where most of her relationships with our family happened. Through tiers and lockdowns, I could count on one hand how many times she’s actually met most family members in person.

Now, I was just another face trapped in the phone to her – something she’s become all too accustomed to. I felt the guilt I’m sure every parent feels when they return to work – but on another level.

For the first nine months of my daughter’s life, I’d worked exclusively from home. I’ve seen it all: her first word, first steps, her first fall. It’s an experience most fathers don’t get, but my daughter and I don’t know anything different.

Boris Johnson recently encouraged a return to the office full time for workers by claiming you would be ‘gossiped about’ if you didn’t, but the thought of only getting to see her for an hour or so a day is unbearable.

To me, ‘Building Back Better’ can’t mean spending less time with your kids.

What’s more, contrary to what Boris would have us believe, companies have been recognising that spending more time with your kids is beneficial. I’m lucky enough to work for a people-first company. One that understands it hired humans, not robots, and encourages us all to live our best lives.

For example, while my team visited Marrakech for a four-day onsite trip earlier this year, I declined the invitation. I would have loved to have been there but I wasn’t ready to be separated from my baby just yet.

The decision to stay in the UK wasn’t met with gossip, but with empathy, understanding and humanity from my team. Something I’m grateful for, but unfortunately, that is not the case for every dad.

Dads are programmed to return to work after their two weeks of paternity leave, but I was lucky enough to be with my daughter every day for nine months. Now, she’s one and I am regularly returning to the office – two or three days a week at most – and I remain committed to spending the majority of time around her at home, especially at weekends.

I do feel like it’s less common for dads to talk about separation anxiety, but I can’t be the only lockdown dad that struggles with the idea of being away from their child.

For those of us who became parents in lockdown, there was rarely a moment off. While things are improving now, in those lockdowns there was no palming them off on grandparents or having friends babysit.

In fact, in the first year, there were only three hours of my daughter’s life where either myself or her mother wasn’t with her.

That’s why the world needs to show empathy, understanding and give us new dads the time to adjust.

Lockdown gave dads like me a gift, one that few fathers have been given throughout history: endless time with our newborns. There are no words to describe the joy of being able to watch my daughter grow and learn about the world. I’ve been able to look over and watch her explore, she’s sat on my lap on Zoom calls and been the perfect antidote to calm me on busy days.

There is no putting the lockdown genie back in the bottle. For some of us, working from home is a valid option. We don’t have to choose between having a good job and seeing our kids to the extent we used to. We understand that fathers don’t want their kids to get comfortable with them not being around – or having a relationship through FaceTime.

Obviously becoming a hermit is not the best example to set and I have had to return to some form of ‘old normal’ – but a new way of life must be found.

That means a balance in the days I work from home and the office, it means flexible time if I need to take my child to an appointment – and my employer is brilliant about these responsibilities but I fear other workplaces will not be so accommodating to dads – old and new – who have had their eyes opened by the lockdowns.

Babies change things. As we march towards ‘a new normal,’ it’s important we don’t lose track of humanity.

The truth is, my daughter will eventually leave for school, but that’s what makes this time with her now so precious. We have never thought to structure society in a way that encourages dads to have jobs and spend as much time as possible with their children. Now, the pandemic has proved the concept can work, it’s important we aren’t forced back.

As a stepdad, I missed the first seven years of my stepson’s life – unavoidable, but it makes me realise how precious these early years are.

I also know how lucky I am to have wanted kids and my life’s path led me to having them easily. As a bisexual man, if I had have ended up with a guy the road to parenthood would have undoubtedly been harder. That’s why I try not to complain too much and why I want every moment with my kids that I can get.

The system of work has been set up to punish parents for too long – I think we put way too much pressure on mothers to be good mums and hold good jobs and the same goes for dads.

Fatherhood has evolved, and for the right reasons. We cannot and should not allow it to go back.