A major law firm has ruled out bringing a class action against Victoria’s triple-zero authority, citing conflicts of interest, just weeks after announcing the plan.

Slater and Gordon said in late May that it would investigate whether the loved ones of those who had died following call-taking and ambulance-dispatch delays by Victoria’s Emergency Services Telecommunications Authority (ESTA) were entitled to damages for shock and economic loss. 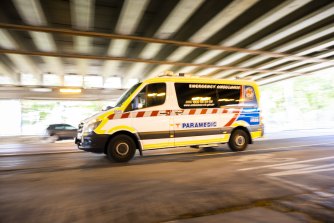 Slater and Gordon has abandoned plans to pursue a class action against the state’s triple-zero authority. Credit:Wayne Taylor

Delays at ESTA have put patients in dangerous circumstances and been linked to at least 15 deaths.

The firm also said those who had physical injuries caused or exacerbated by excessive delays might be entitled to damages.

People who had registered their interest in the class action received a letter on Thursday informing them the law firm had decided not to proceed.

The letter said the decision “should not be seen as an indication of the strengths or merits of any claim against ESTA”.

A spokesperson for the law firm said in a statement that the decision not to proceed was based on a number of factors, including “actual and perceived” conflicts of interest.

“In these circumstances we determined it was not in the best interests of the people who had contacted us for us to continue to investigate a potential class action,” the spokesperson said in a statement.

Late last month, Slater and Gordon said it had been investigating the issue since the beginning of the year and that any class action could focus on “code one” lights-and-sirens cases not picked up by ESTA or being delayed. The firm said it could also consider patients affected by delays dispatching an ambulance.

A review by former Victoria Police chief commissioner Graham Ashton into the crisis has led the Victorian government to commit to rebrand ESTA as Triple Zero Victoria. Its nine-person board and advisory committee will be disbanded.

The review, which was released in May, highlighted the authority’s “continued and systematic” underperformance and “dire outcomes”.

The new agency would be brought within the Department of Justice and Community Safety to improve government oversight of its operations, with Ashton finding ESTA’s distance from government had eroded service delivery.

In March, The Age and Nine’s 60 Minutes revealed that four children were among the Victorians who died after those trying to save them from critical injuries or illness made urgent calls for an ambulance that were never answered or were picked up too late.

With Aisha Dow and Timna Jacks