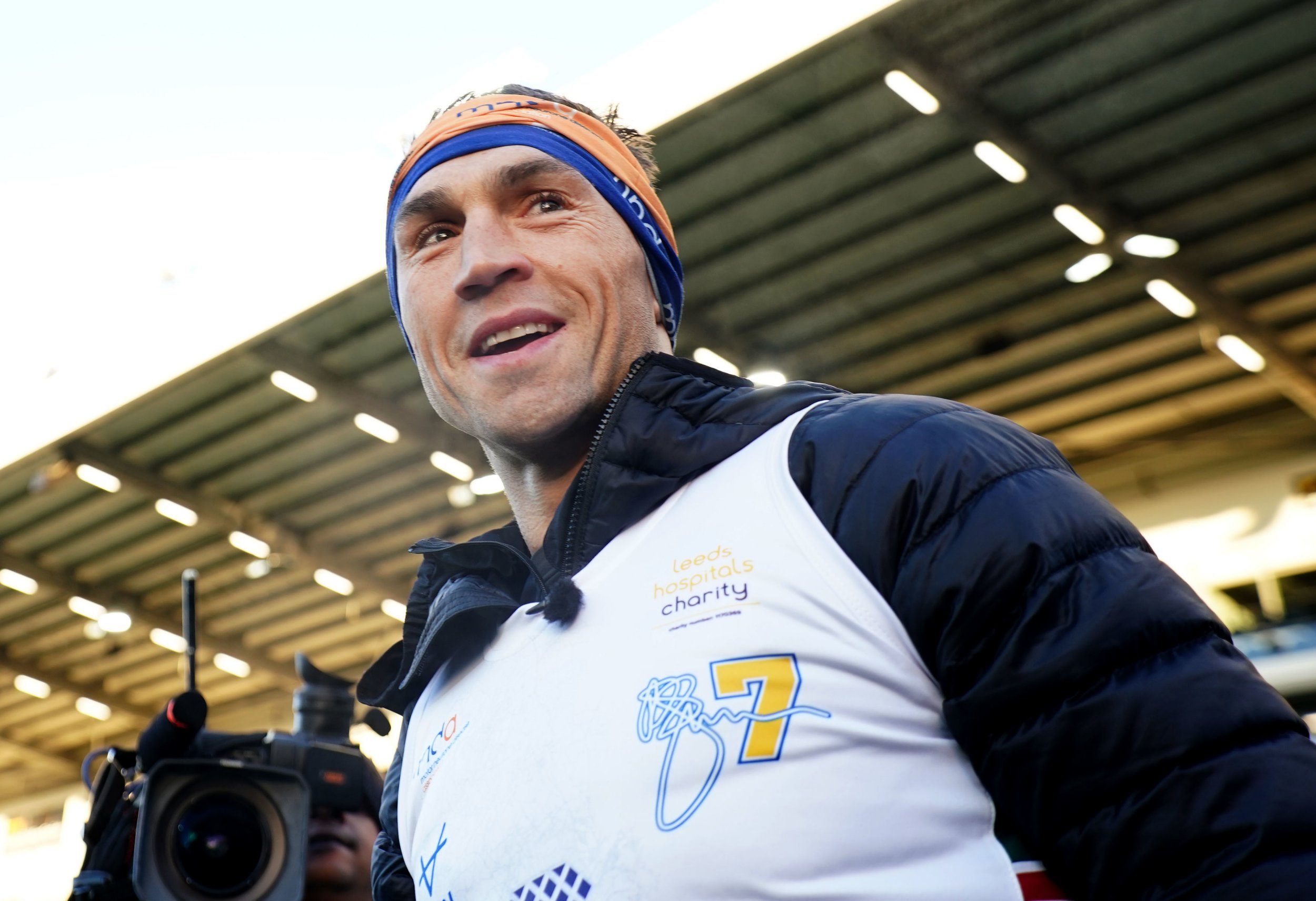 Former Leeds captain Kevin Sinfield made a triumphant if painful return to Headingley after completing his latest fund-raising challenge.

Around 1,000 supporters were at his old ground to witness the completion of his 101-run mile from Leicester, where he now works as defence coach with the Tigers, inside 24 hours.

Sinfield has raised over £500,000 for the MND Association and the Leeds Hospitals Charity to build a new care home in the name of his former Leeds team-mate Rob Burrow, who was diagnosed with motor neurone disease in December 2019.

Burrow was at Headingley for the emotional return of Sinfield, who was clearly in much discomfort after his gruelling run, the equivalent of almost four marathons completed without sleep.

‘It’s been a real team effort from all the crew and I wouldn’t have got it done without them,’ Sinfield told BBC Breakfast after finishing.

‘The support along the route has been incredible right from the start. It was certainly a battle – we wanted a battle and we certainly got one. I’m broken – I don’t know when I’ll be able to run again.

‘Rob knows how much we love and care about him.’

Sinfield, who was accompanied for the last leg by Burrow’s wife Lindsey and oldest daughter Macy, says he was driven by the presence of his old team-mate.

‘It was really tough at times, especially the end, but it’s down to my little mate here,’ he said.

Sinfield’s journey from Leicester to Leeds was split into seven kilometre segments.
In December 2020, Sinfield helped raise over £2.7million by running seven marathons in seven days.