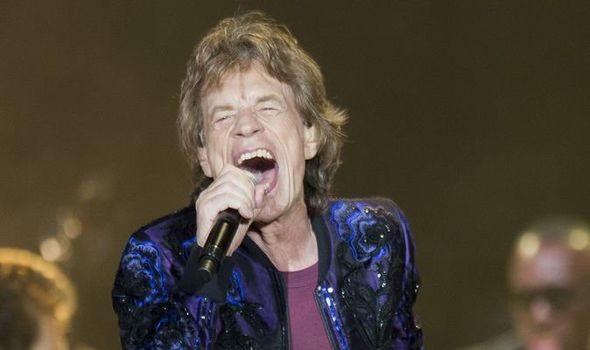 Jagger said: “We felt and Charlie felt we should do this tour. We’d already postponed it by a year.

Talking between the US tour dates, which started last month, Jagger added: “Charlie said to me: ‘You need to go out there. All the crew that have been out of work – you’re not gonna put them out of work again.’ So I think it was the right decision to keep going.”

“[We are] a very resilient band. We’ve had changes of personnel… Of course, this is probably the biggest one we’ve had.”

Co-founding Stones member and guitarist Brian Jones left the band in 1969, shortly before his death in July 1969.

He was replaced by Mick Taylor and then, in 1976, by Ronnie Wood. Bassist Bill Wyman quit in 1993 and American Darryl Jones has played in his place ever since.

Asked if any fans might want the band to call it a day, Jagger added: “Maybe one or two do. But I don’t think that’s a movement.”

“The band still sounds great on stage, and everyone’s been really responsive at the couple of big shows we’ve done so far.

Jagger said: “They hold up signs saying, ‘We miss you, Charlie,’ and I miss him too.”

What is happening where you live? Find out by adding your postcode or visit InYourArea

Replacement drummer Steve Jordan has brushed off any criticism surrounding him replacing Watts. The 64-year-old drummer is an American who began playing with Keith Richards in the 1980s.

Steve said: “Number one, I’ve known Charlie since I was 19 years old.

“Number two, I’m just as devastated, if not more, than any fan out there about the loss. So nobody can tell me anything about that.”

Charlie Watts died on August 24 aged 80. He passed away at a London hospital following a heart operation.