Resetting. Justin Bieber got real about his recent health issues, which have left half of his face paralyzed — and made him pause his tour.

“I love you guys and keep me in your prayers,” the 28-year-old musician captioned an Instagram video on Friday, June 10, asking his fans to “please watch.” 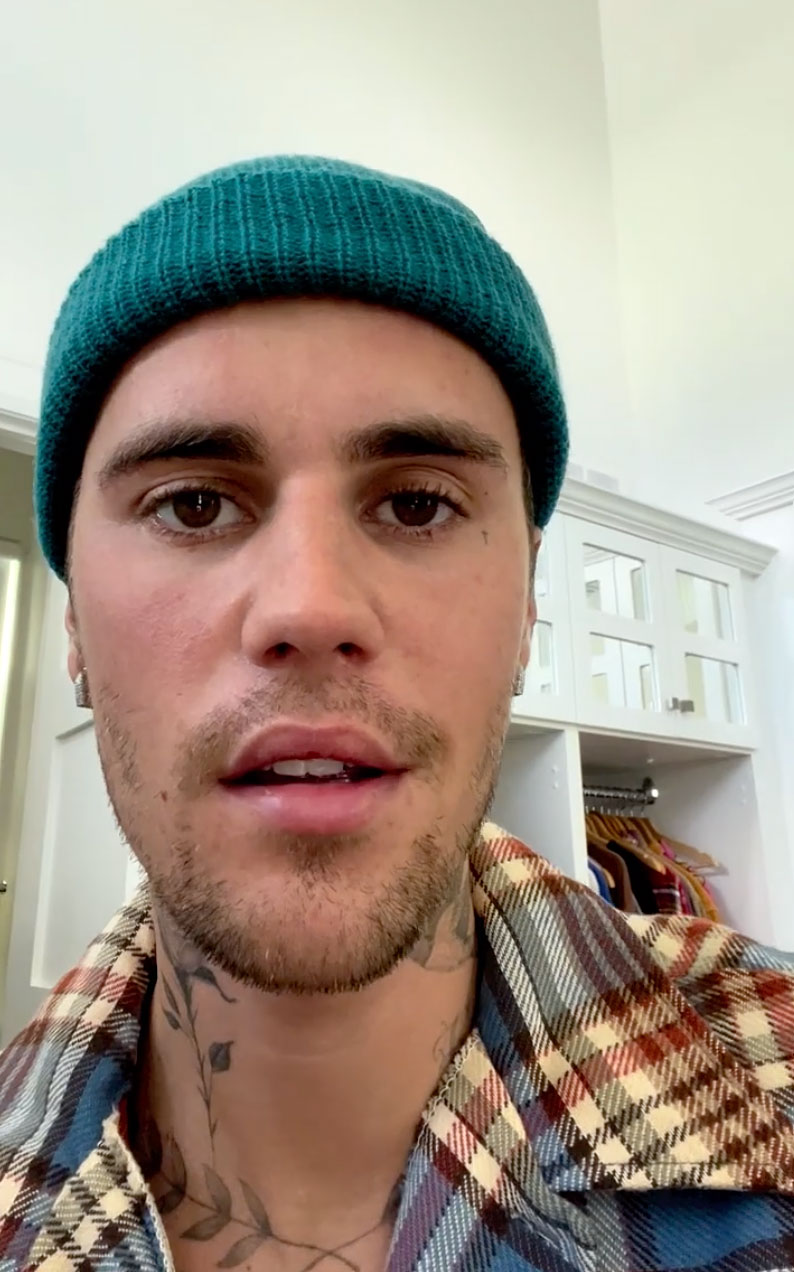 The “Yummy” crooner, who has been battling Lyme disease for years, explained that he wanted to update his fans on “what’s been going on” with his body recently, pointing out that people can “probably see from [his] face” that something is not normal.

“I have this syndrome called Ramsay Hunt syndrome. It is from this virus that attacks the nerve in my ear and my facial nerves and has caused my face to have paralysis,” Bieber said, showing how one side of his face is stationary. “As you can see this eye is not blinking. I can’t smile on this side of my face. This nostril will not move.”

Justin Bieber Through the Years: From Teen Heartthrob to Married Man

The Grammy winner addressed fans who may be “frustrated by my cancelations of my next shows,” telling them, “I’m just physically, not capable of doing them.”

Bieber continued: “This is pretty serious as you can see. I wish this wasn’t the case. But obviously my body is telling me I need to slow down.”

The Canadian singer, who is currently on his Justice World Tour, noted that he will be using his time off to “rest and relax and get back to 100 percent so I can do what I was born to do.” He added: “I gotta go get my rest on so that I can get my face back to where it’s supposed to be. I love you guys, thanks for being patient with me.”

The “Peaches” crooner insisted he’s “going to get better.” Meanwhile, Bieber has started to do facial exercises to help his recovery. “I trust God. I trust that this is all for a reason,” he concluded. “Not sure what that is right now, but in the meantime, I’m going [to] rest.”

Being the Biebers: Justin and Hailey’s Quotes About Marriage Ups and Downs

Bieber’s health scare came three months after his wife, Hailey Bieber (née Baldwin), was sent to the hospital in March following a blood clot on her brain. The 25-year-old model was “pretty much back to normal” when she arrived at the emergency room, but at the time felt like she was having a mini stroke, according to a YouTube video she shared in April.

Hailey was later diagnosed with a Grade 5 PFO — Patent Foramen Ovale, which is a flaplike opening in the heart per a Mayo Clinic definition. Doctors recommended closing the hole in surgery, and she agreed to the procedure.

“It went very smoothly and I’m recovering really well,” she explained in the April video. “Thank you to everyone who has reached out with well wishes and concern, and for all the support and love.”