JLS — Aston Merrygold, JB Gill, Oritse Williams and Marvin Humes — made some surprisingly cheeky revelations when they sat down to “spill the tea” with Heart this week. In a fun video interview, the band answered probing questions such as: Who is most likely to send a filthy message to the WhatsApp group?

Spilling all, JB answered: “That’s got to be Aston.”

Things turned a little shadier when a more dramatic question cropped up, asking who was most likely to throw a “diva strop”. 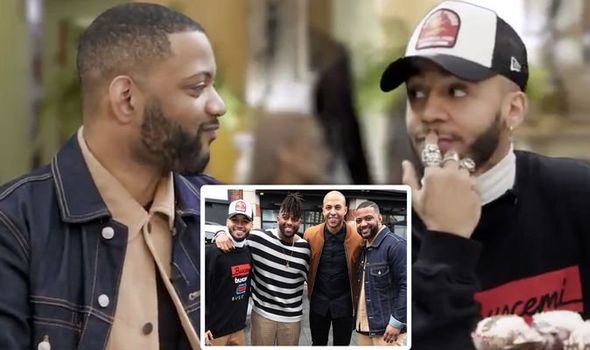 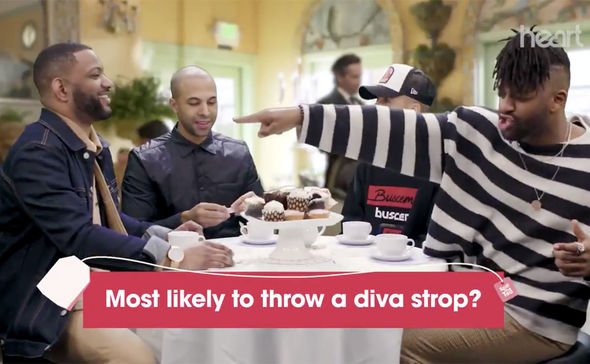 JB laughed as Oritse turned to the camera and agreed: “Absolutely, Jonathan.”

“Yeah, yeah, definitely,” Marvin chipped in, as the group laughed.

Elsewhere, the band revealed Marvin was the most likely to forget lyrics on stage and be the one to get in trouble with his other half.

They threw JB under the bus again when it came to answering which member of the band was the most likely to name drop to get what they want, with Marvin quipping: “He loves a freebie.” 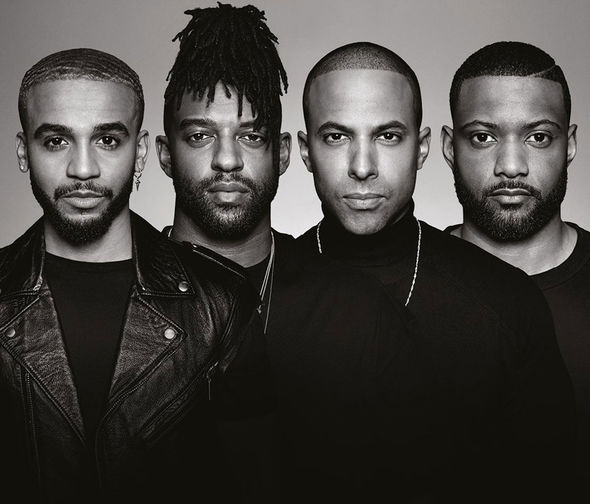 Oritse was deemed the most likely to participate in an awful fashion trend, with Marvin explaining: “When we started the band you used to say, your words were: ‘Do you know why I’m in this group? Because I want to make the ‘What were you thinking?’ pages in the magazines.

“That’s what you used to say: ‘I wanna be worst dressed.’

“And you accomplished it,” he joked, prompting JB to burst out in giggles.

JLS first found fame — and an enormous fanbase — when the auditioned for the X Factor 12 years ago.

Rip It Up REVIEW: Strictly stars give fans what they want [REVIEW]

They went all the way to the final but lost out at the last hurdle to Alexandra Burke.

Nonetheless, they got signed and soon released their self-titled debut album.

Their first single Beat Again made it to number one, as did the follow-up Everybody In Love.

During their career, JLS won a handful of awards, from the MOBOs to the BRITs, but their success started to wane with their later albums.

In 2013 they released a greatest hits album titled Goodbye — The Greatest Hits and embarked on an accompanying farewell tour.

Seven years after going their separate ways, however, the boyband confirmed their comeback last month.

JLS will be bringing their reunion Beat Again Tour to venues across the UK from November, kicking off in Dublin.

They will pay Hull, Cardiff, Brighton, Glasgow, Liverpool and London, among others, wrapping up the tour in Birmingham on December 28.