Some kids want to grow up to be teachers, or lawyers, or artists. From the time I was 4 years old, my life goal was to navigate the world as a successful lady. But I didn’t know how I’d achieve that, because I was born biologically male.

I grew up in Sherwood Forest, outside of Detroit, Michigan. It’s an affluent part of town, and my eight siblings and I lived in a nice house and went to a Catholic school. Even though we had a difficult relationship for years, my mother was my first example of what a woman could and should be; she was single and making it all on her own.

I wasn’t bullied in school; I was actually pretty popular. But people were confused by me. I grew my hair long, and my voice was light. I didn’t fit in with the boys and didn’t identify with masculine toys or clothing. People would ask: Why is he so soft spoken? Why isn’t his voice deeper? Why is he playing with that?

They often asked if I was gay. For me, being gay meant being in a relationship with a man, which was not my reality. So I’d tell them no, I just wanted to be a girl. I never really held back on my identity as trans.

Still, I spent a lot of my younger years feeling empty, trapped, misunderstood, and dismissed. I often felt like the only person in the world going through this experience.

My mom and I kept bumping heads about my identity, so it seemed like the best way to survive.

For a while, I lived with my aunt, and then I stayed with friends. I had a couple of homeless nights on the streets. I did sex work to survive. For a long period of time, I stayed with one of my sisters, who was very loving and supportive.

Around the end of 1999, I began taking hormones to transition. It was fortunately relatively easy, because my longtime family doctor wrote my prescriptions. I was lucky; I’ve heard many horror stories from people who sometimes have to get their hormones on the black market.

I haven’t yet undergone sexual reassignment surgery. I want to eventually pursue it—just not yet. I have breasts and curves from hormonal treatments and a very womanly face.

I don’t have a menstrual cycle and can’t bear children. But I successfully navigate life as a lady.

My advocacy work really took off after I was arrested in a case of mistaken identity.

Around the year 2000, I was out with friends at a restaurant somewhere in Oakland county. There was a commotion and the police were called. They asked for everyone’s name and ID, including me. This was when I found out there was a felony warrant out for my arrest.

The police told me they had to take me in, and I immediately started crying hysterically. I knew I was not the person they were looking for and was caught totally off guard and humiliated in front of my friends; there I was, being taken away in a squad car.

The police were horrible. They were very rude, dismissive, and disrespectful. I repeatedly tried to raise the issue of the mistaken identity. It literally fell on deaf ears.

I spent that night in jail, where a police officer sexually assaulted me.The police officer’s semen was found in my clothes and my fingerprints were on some piece of clothing on his body.

“It’s heavy to have to argue for my rightful place as an American.”

After an internal affairs investigation into the sexual assault, the police department dropped the original charges against me. The city of Detroit realized they’d made a major error in my identity. The officer who assaulted me was subsequently registered as a sex offender and lost his job due to my complaint.

I sued the police station for the assault. It was an extremely scary time, because I was young, and I wasn’t living at home with a family unit safety net. It felt like I had no one.

Finally, in 2003, I won my case. My family and I received a formal apology from the arresting officers and even the city of Detroit. There was a settlement.

It was the end of the situation for the city, but the impact of the trauma still sits with me today. It has shaped my feeling around and trust of the police.

That’s when I realized I needed to use my voice to fight against systems that didn’t accept me. So, around 2004, I started volunteering for LGBTQ support groups.

There was no specialized programming for trans women, so I started holding my own conversations within the community. It got a lot of attention. The supervisor from Equality Michigan came out to attend several of my events and ended up offering me a full-time position in 2016.

Eventually, after numerous difficult conversations, I also reconciled with my mom and she became one of my biggest supporters. 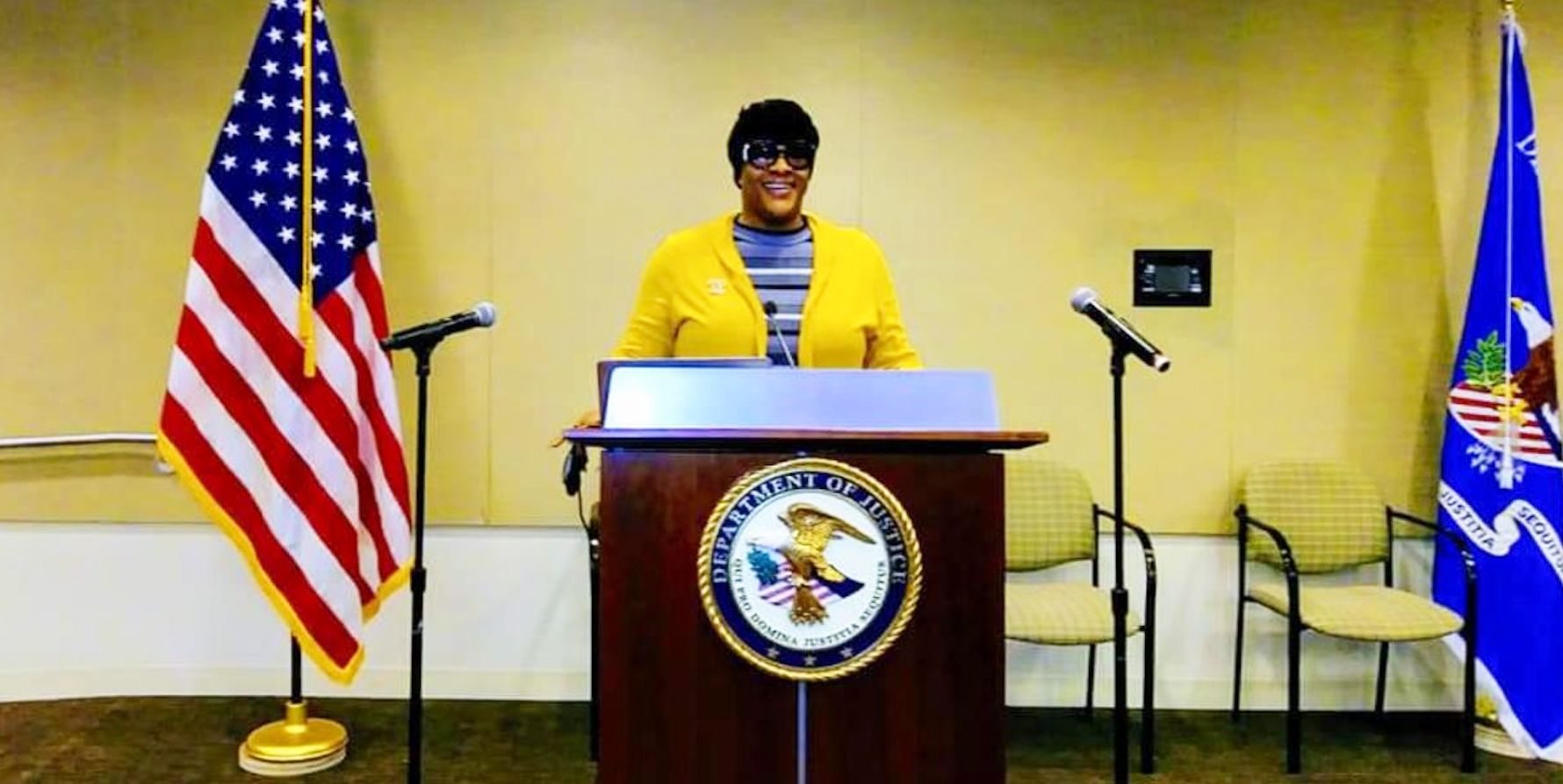 As a Black trans woman, I’ve faced hatred and discrimination within the health care system.

About three years ago, I was prescribed antibiotics. Although I have full-coverage insurance through my job, the pharmacist said my insurer refused to pay for my prescription because they didn’t trust my identity: They had me in their system as male and I was in the pharmacy system as female.

By then, I’d been filling hormone prescriptions for years with no problem. I was embarrassed and in tears. I work very hard, and I’m still mis-gendered by the people I’m paying to cover me. My prescription was eventually covered, but it was a lesson: No matter how responsible you are, if you’re LGBTQ, you can be discriminated against at any moment.

I’ve heard plenty of other stories. One trans woman I know went to a Detroit hospital for the stomach flu. She left after hearing hospital staff in the back room making jokes about her saying, “what was that?” and “did anyone see the he/she on the floor?”

Another trans woman who received a Purple Heart for her service in the military went to the doctor for a hormone prescription. She lives in Western Michigan, which is pretty conservative. The doctor refused to write the script, because he didn’t support the LGBTQ community.

“No matter how responsible you are, if you’re LGBTQ, you can be discriminated against at any moment.”

She reached out to her local pride center, and I started advocating for her. Eventually, I found a patient advocate who helped my client to identify people within the system who would honor her instead of taking her complaint and shutting it down. I then reached out to the larger VA system through a couple of different channels.

Over eight to 10 months, I spent hours on the phone. Eventually, the VA system awarded her with full healthcare benefits and coverage for all of her treatments moving forward. The VA also offered my client a chance to work within their system as an advocate for other trans patients.

Michigan law allows for LGBTQ people to be fired, evicted, or refused services simply because of who they are. As the co-chair of the Fair and Equal Michigan Initiative, I’m currently working on a ballot initiative to amend the Elliott-Larsen Civil Rights Act so it covers sexual orientation and gender identity to legally protect LGBTQ people against discrimination in the workplace, housing, and public accommodations.

It won’t solve all of the community’s issues, but it is a foundation until we pass a national Equality Act. Although a patchwork of state-by-state LGBTQ protections exist, people in many parts of the country can be evicted from their homes or otherwise discriminated against simply for their gender identity or sexual orientation. 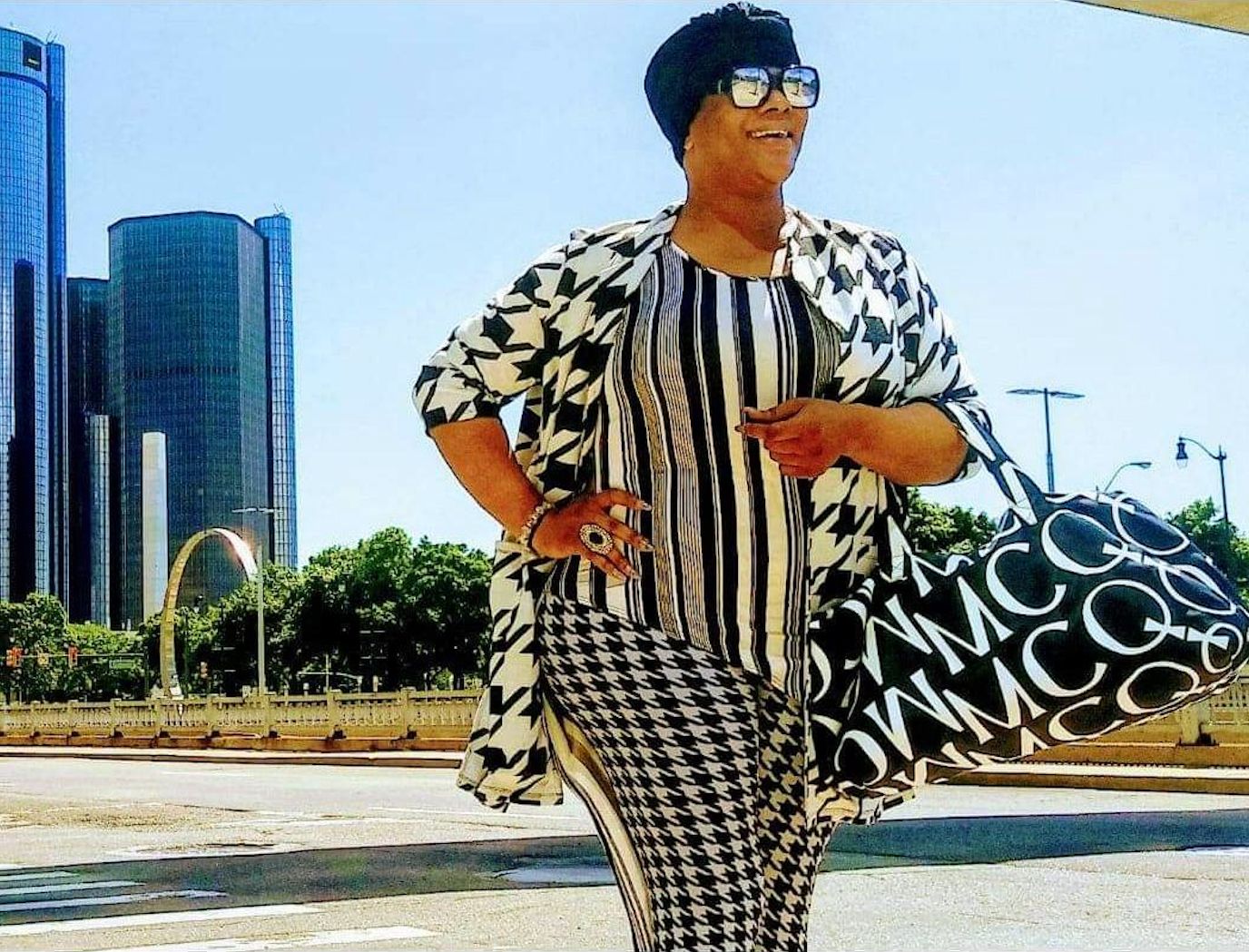 The need for a national Equality Act is why I’ve decided to vote for Joe Biden for president.

I had the chance to connect with several Democratic candidates for presidency, and in January, I decided to back Biden. I trust him. I know he’s made some mistakes, but I’m looking forward to living in a world where he’s our president. Biden was the only candidate to boldly state that he’d establish a national Equality Act within his first 100 days in office.

It’s heavy to have to argue for my rightful place as an American. Thanks to Donald Trump, homeless shelters can now refuse to serve trans people based on religious grounds. Trans people are banned from the military. Medical providers can refuse to assist trans people because of how they identify. The most recent attacks have been against LGBTQ families within the adoption system.

Everywhere that I occupy space in this life, I’m stifled.

I have to get selfish and cast my vote for someone who’s willing to push for my rights: My life depends on it.

Jey’nce Poindexter is an advocate for transgender rights and the LGBTQ community in Southfield, MI. The co-chair of the Fair and Equal Michigan Initiative, VP of Trans Sistas Color Project, and a member of the National LGBTQ Taskforce, Jey’nce’s clients are survivors of racial injustice, domestic violence, sexual assault, partner-on-partner violence, and HIV/AIDS.