Sessions, Trump’s former attorney general, was forced into a runoff in Tuesday’s Republican primary for the Alabama Senate seat without the support of President Donald Trump. 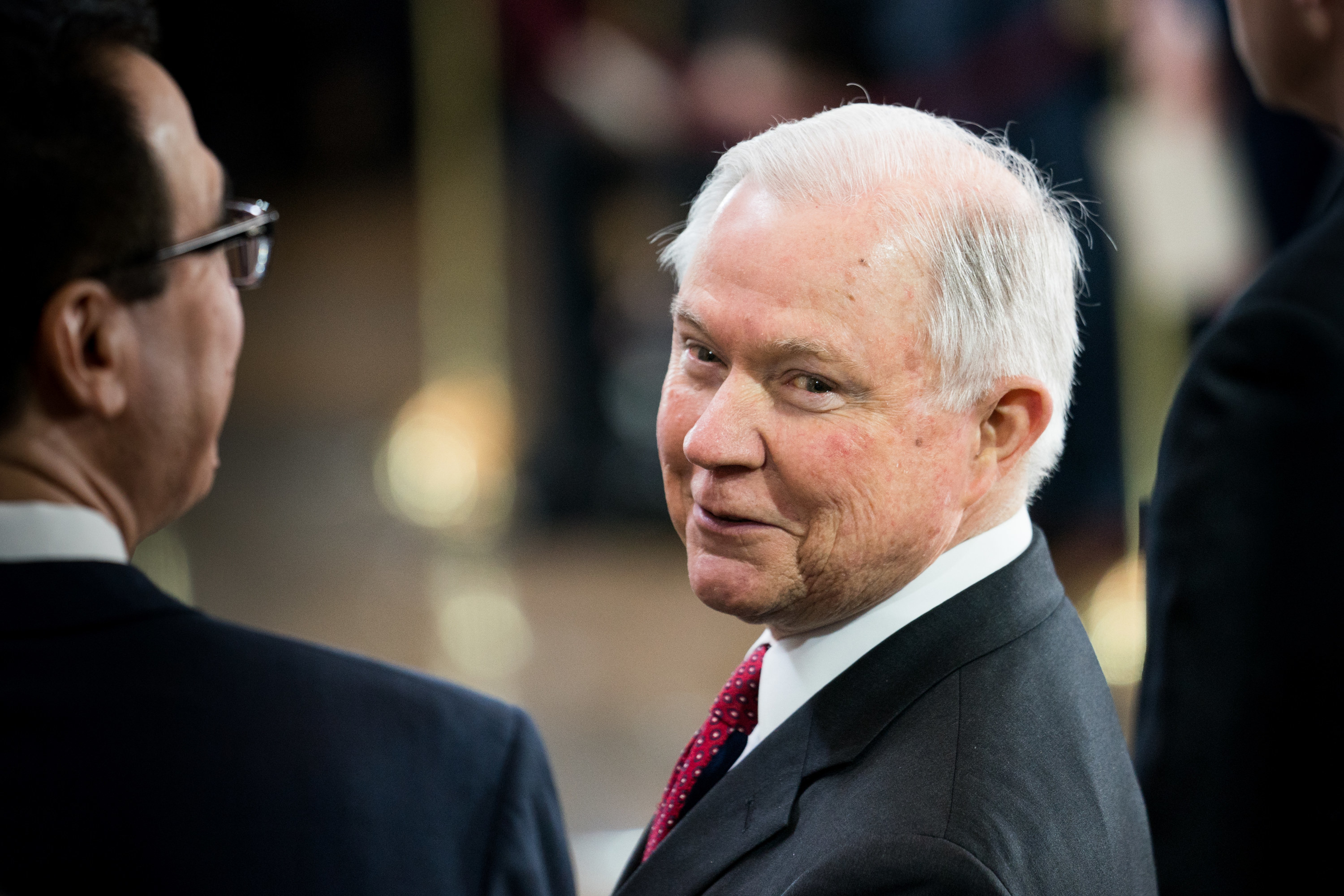 Sessions earned a spot in a runoff election on March 31 for the Republican nomination for an Alabama Senate seat Tuesday night, according to a call from Decision Desk HQ as results continued flowing in. He’ll race former Auburn University football coach Tommy Tuberville in the runoff to determine which Republican will challenge Democratic Sen. Doug Jones in the general election.

The outcome of the November general will be key to Democrats’ attempts to regaining the majority in the Senate, making this a key race to watch. Jones’ loss would make it difficult for Democrats to overcome Senate Majority Leader Mitch McConnell’s stronghold over the Republican-led Senate.

Tuesday’s Republican primary was crowded. In addition to Tuberville, Sessions faced Rep. Bradley Byrne, Roy Moore — the former judge accused of child molestation — and three other candidates. According to Alabama law, primary candidates who win with less than 50% of the vote automatically enter a runoff election against the runner-up before advancing to the general election.

Sessions held the Alabama Senate seat for two decades before Trump tapped him to serve as US attorney general. Trump forced him to resign in 2018, a year after he recused himself from the Russia investigation that led to the appointment of Robert Mueller as special counsel. Since then, the president has lashed out against Sessions, saying he regrets choosing him as the nation’s top attorney.

Tuberville coached football at Auburn University from 1999 to 2008. He has been dubbed a carpetbagger by opponents for switching residencies from Florida to Alabama in 2018 to run for governor before running for Senate in 2020.

Trump holds a 60% approval rating in the deep red state but didn’t endorse in the race, leading the other Republicans to criticize Sessions’ fraught relationship with the president while cozying up to Trump themselves.

The winner of the runoff will face Jones, a Democrat who won the historically Republican seat in a November 2017 special election. But first, Republican voters in Alabama will have to contend with what’s sure to come in the following three weeks — a bevy of campaign stunts from both candidates aligning themselves with the president and trying hard to point out where their opponents have broken with Trump.

In the days leading up to the election, the top Republican candidates bombarded Alabama television with attack ads. Byrne — who’s expected to place third and will not qualify for the runoff — targeted the incumbent in a statewide “Fire Doug Jones” tour. The first-term Democratic senator faces a tough reelection race after upsetting Moore nearly three years ago.

Some Republican lawmakers had picked a side in the primary. Rep. Liz Cheney, a member of House Republican leadership and daughter of the former vice president, tweeting her endorsement of Byrne last week. Sen. Kevin Cramer, who served in the House of Representatives before moving over to the Senate in 2019, donated $10,000 to Byrne after he encouraged him to run, long before Sessions entered the race.

“I really think the world of him,” Cramer told BuzzFeed News of Byrne. “I think he’s great and a good member.” He added that he hadn’t expected Sessions’ last-minute entry into the race.

Outgoing Rep. Martha Roby of Alabama was less inclined to weigh in.

When asked if she was pushing for either candidate in the primary last week, Roby told BuzzFeed News simply, “I’m not.”

This is a developing story. Check back for updates and follow BuzzFeed News on Twitter.‏

Tags: Clos, Is, Jeff, One, Sessions, Step
You may also like
Celebrities News