We can’t wait for their Oprah interview.

Japanese media is in a frenzy that Princess Mako, the 29-year-old niece of Emperor Naruhito, is marrying her “commoner” sweetheart, Kei Komuro, who graduated in May from New York’s Fordham Law School and now works for an NYC law firm.

Komuro, 29, returned to Japan on Monday for their wedding. According to Japanese news outlets they are expected to marry in the next two months, and they will both return to NYC to live full time.

Insiders say the pair will be “the Meghan and Harry of Japan, controversially leaving behind a royal life to start a new life in the States.”

Ulrika Yui from Japan’s Fuji TV told Page Six, “We are curious to know how US media is approaching this news. And if Princess Mako will have to expect paparazzi photographers around her once she is settled in New York?

“Many people are trying to link it to Prince Harry and Meghan, making it a similar story.” 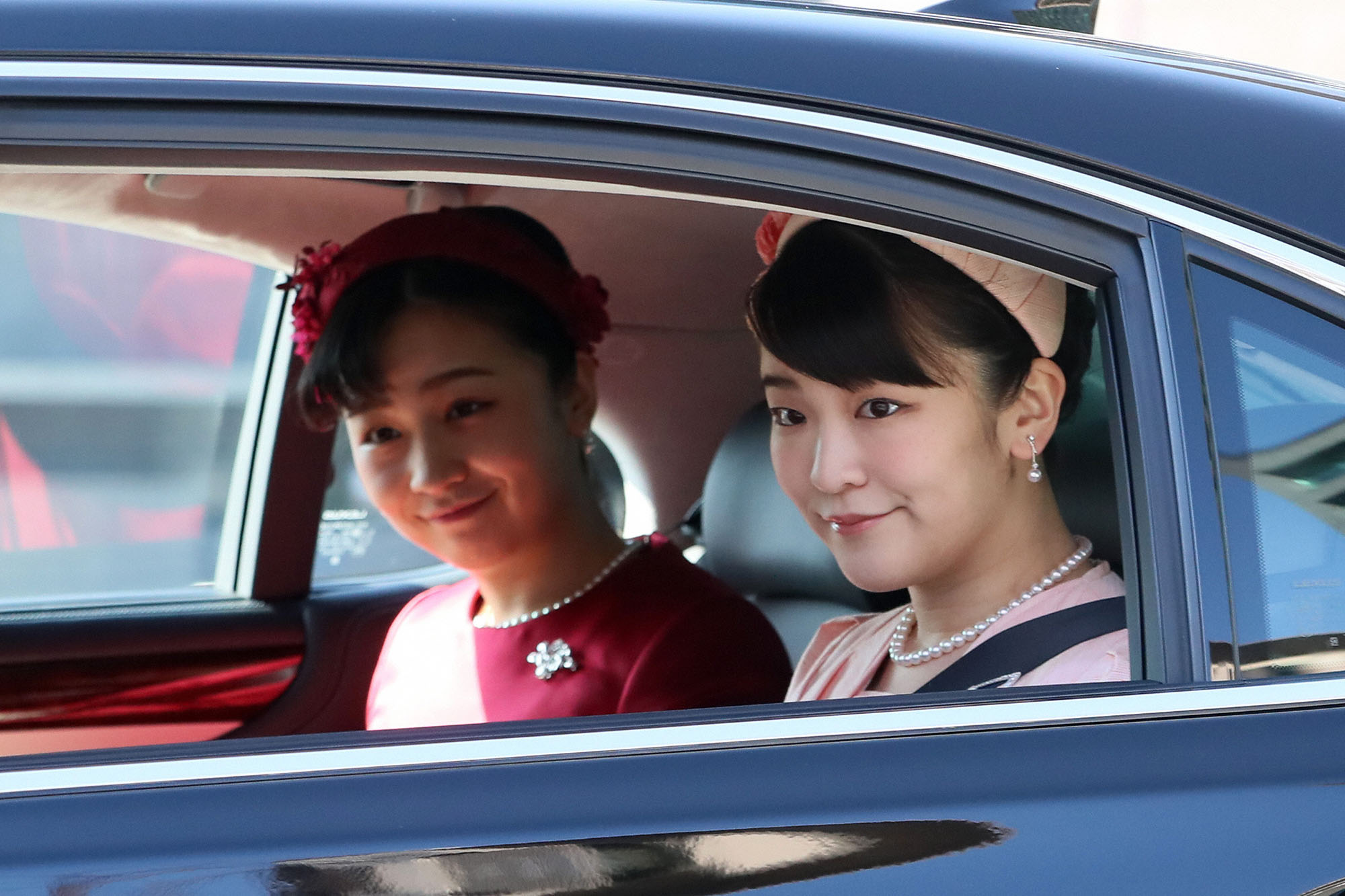 “Are the American people welcoming [of them], and looking forward to the Japanese Princess moving to US? Japanese media has been very harsh on her and her fiancé especially, but overseas reactions seem a bit different.”

Mako and Komuro met in 2012 at a restaurant while they were both studying at the International Christian University in Tokyo. They announced their engagement in 2017 when her grandfather, Akihito, was emperor of Japan and planned to marry the following year.

But their nuptials were delayed by a financial dispute over $36,000 in financial support — including money spent on Komuro’s education — involving his mother and a former fiancé, according to Kyodo News.

His mother’s dispute was an embarrassment for the imperial family and divided public opinion. Some Japanese said the marriage should be scrapped, while others said the couple should pursue their romance.

Given that her wedding was not fully backed by the people, Mako offered to decline all official wedding rituals and a payment of up to 150 million yen ($1.35 million) she is entitled to receive when leaving the imperial family and marrying a commoner. The Japanese government is set to agree that she forgo the payment.

Komuro left the US for Tokyo with his hair in a rebellious ponytail, making a bold statement for someone marrying into a traditional Japanese imperial family.

He is expected to hold a news conference with his wife-to-be after spending two weeks under quarantine, in keeping with the country’s COVID-19 protocol.

Art insiders say top New York galleries are already seeking to hire her, given her knowledge and connections in Japan.

There is a precedent for royal ex-pats finding employment in the New York gallery world: Britain’s Princess Eugenie moved to New York in 2013 to work for online auction house Paddle8, before returning to London in 2015 to work for art gallery Hauser & Wirth.

Tags: An, Japan’s, Mako, Princess
You may also like
Celebrities News