Jade Jones is taking all available precautions to avoid contracting coronavirus again after admitting she is “petrified” of a positive test which would scupper her bid for a historic third Olympic gold medal.

No one in taekwondo has won three golds at the Games but following her successes at London 2012 and Rio 2016, Jones, also the reigning world champion in her -57kg weight category, is favourite to clinch a hat-trick in Tokyo.

Against that backdrop, for every athlete in Japan this summer, is the spectre of coronavirus. Jones has already had one bout of the disease in January but another would rule the 28-year-old out of competing.

The Welshwoman is therefore on her guard as much as possible at Team GB’s current base of Keio University in Minato City, where she and her fellow taekwondo athletes are training alongside boxing and badminton stars.

“The hardest bit is being petrified you’re going to test positive,” Jones said. “I’ve had the vaccines and I’ve had Covid so it’s highly unlikely.

“But I still don’t want to get a positive test because that means game over, you’re out. To have your Olympic dreams pending on that is scary. I constantly wear the mask.

“My hands are raw from the amount of hand gel I’ve been putting on, we walk in single file to training, literally a little traffic system so no-one comes near us and we stay in that same bubble.

“To be fair, I’m quite anti-social anyway, so it works well for me. I’ve got an excuse now. Got to keep my distance. Where we have our meal there’s a sticker on the table saying ‘keep conversation to a minimum’.”

Jones’ housemate Bianca Walkden a three-time world champion in the +73kg division who will be going for an elusive Olympic gold in the next couple of weeks, acknowledged the pandemic has heightened tensions in the camp slightly. 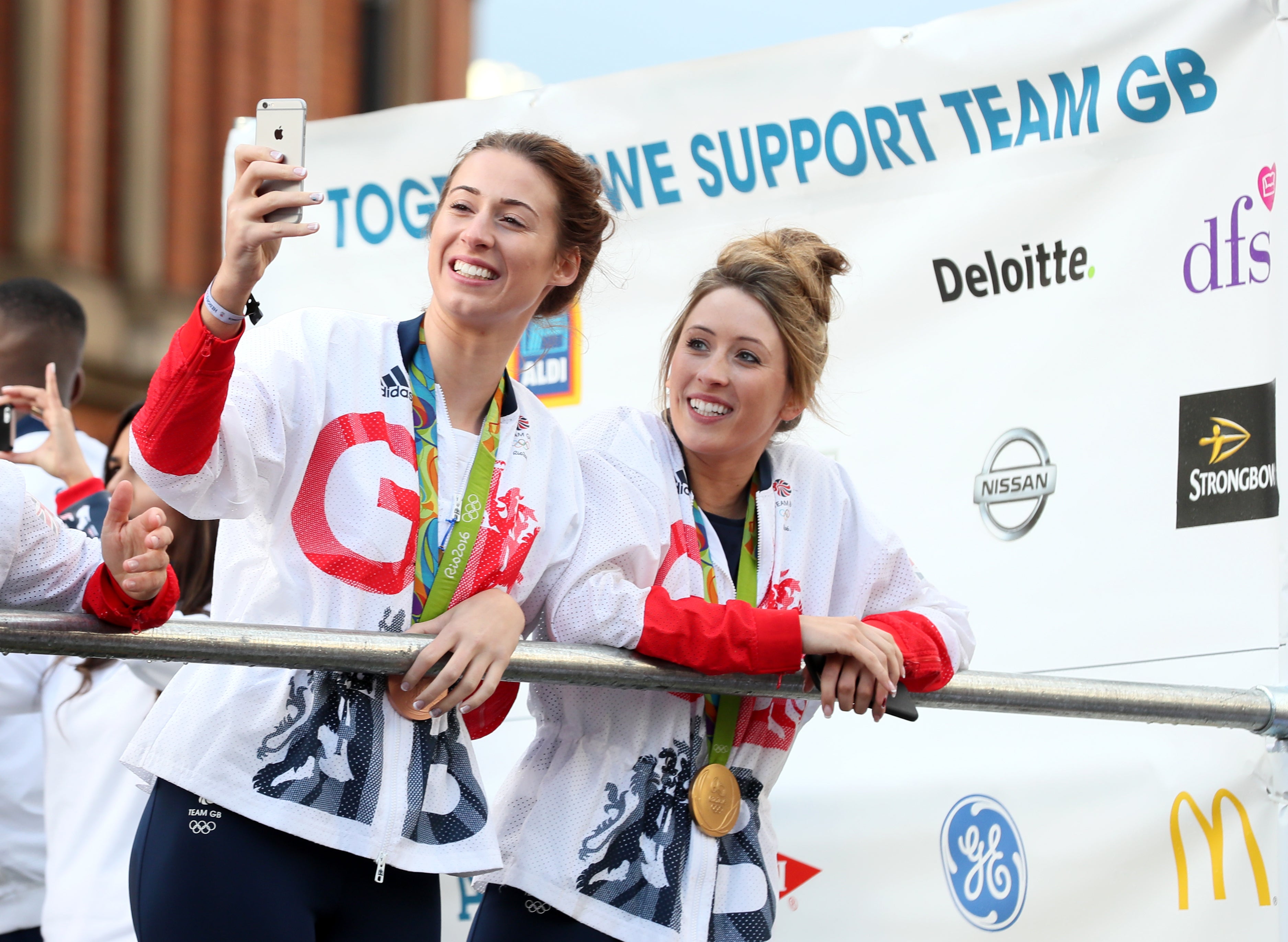 “We’ve all got paranoia around Covid,” Walkden said. “It is just to make sure we are all being safe. Our masks are on all the time no matter what, everyone is doing every single safety precaution.

“If one person sneezes, we are all going ‘What the hell is going on?’. We just want to get that past us now and compete. After that I am not bothered. I just want to make sure I can compete.”

While the situation is far from ideal, Jones insisted the pandemic is not detracting from her enjoyment, with the opening ceremony a week away.

“Obviously you have to wear the mask but I still feel like that little kid walking around saying ‘this is amazing’. Just wearing the kit, I just feel proud to be here again.” 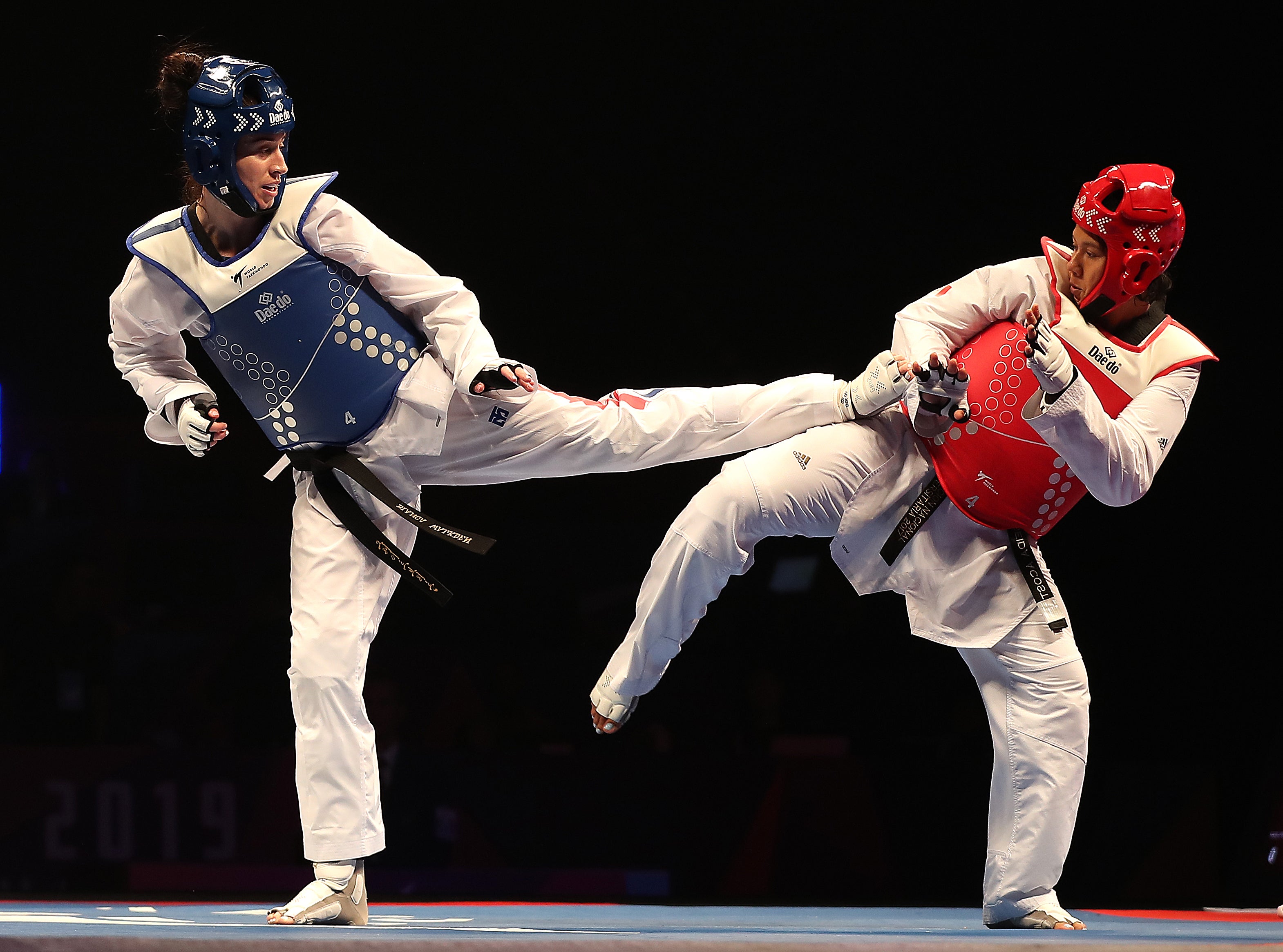 If Walkden does go all the way, following a bronze in Rio five years ago, there will be little time to celebrate in Tokyo as she estimated she will be back home in Manchester within 28 hours of her final – if she gets there.

“Hopefully it all goes well and if it does I know for a fact I will not be asleep, probably drunk somewhere on the plane,” she said. “It is a pretty quick turnaround. Hopefully I have a shiny gold medal and a drink in my hand.”

Organisers say overseas athletes are required to depart Japan within 48 hours of their last event, meaning both Jones and Walkden will not be able to revel in their success or drown their sorrows at the athletes’ village.

“It won’t be like that this time. We are better off coming home so the rules will be less. It is a bit wild. I will have something going on at home.”