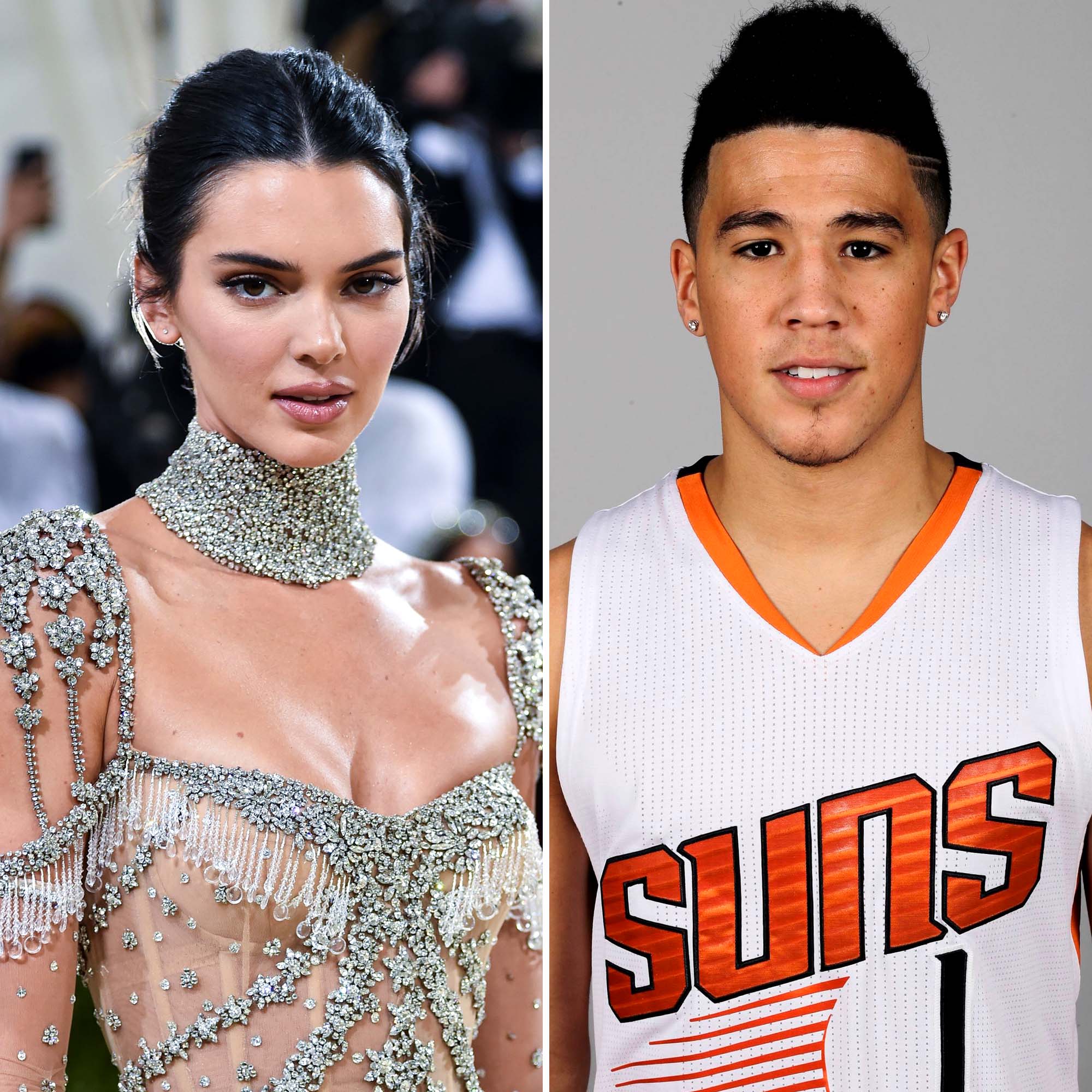 “Pumpkin dont count if you used a stencil,” the NBA player, 24, declared via Twitter on Tuesday, October 18. 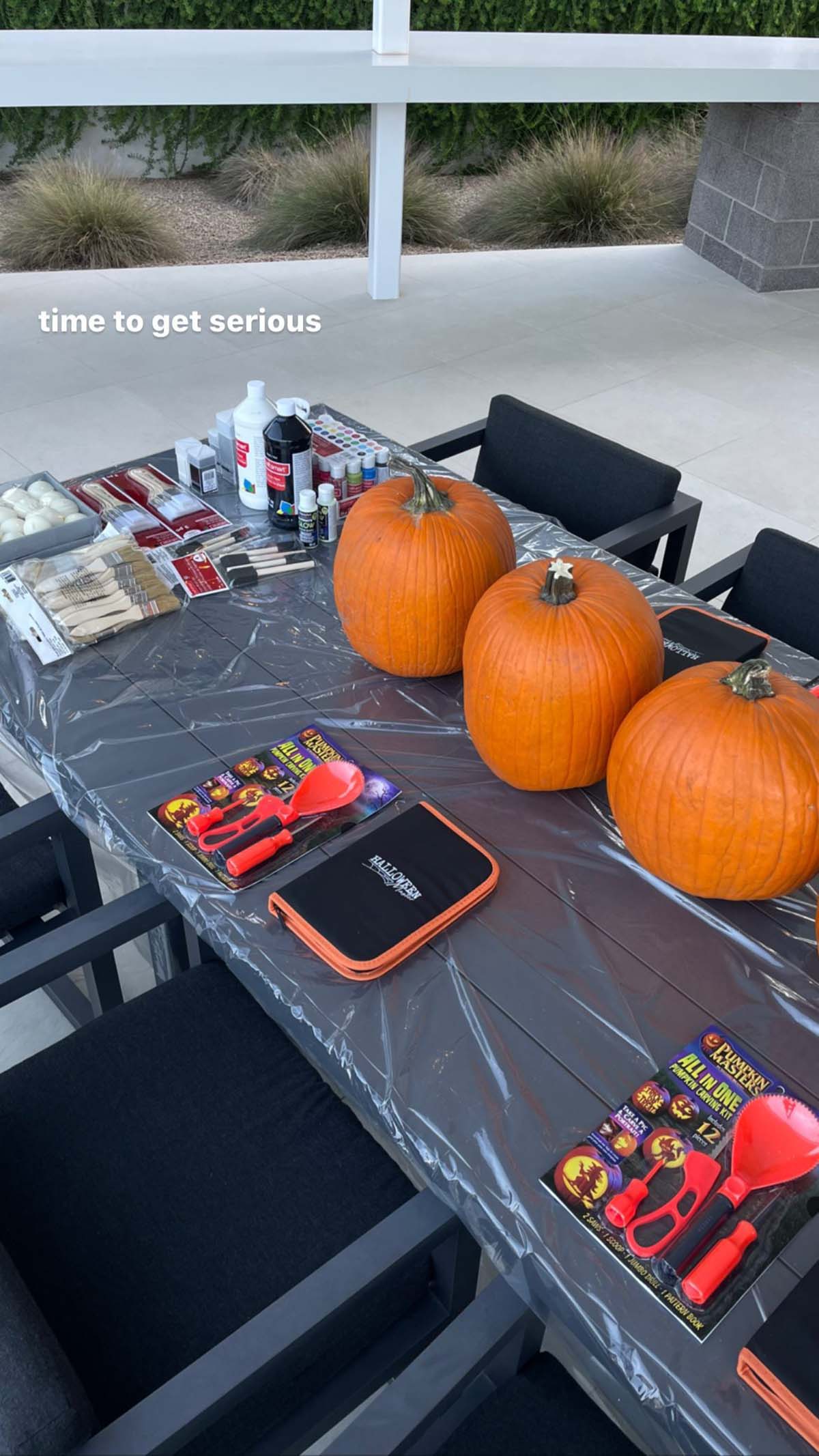 The model posted photos to her Instagram Story from their pumpkin carving date on Tuesday night. Booker and Jenner had a full set-up for decorating and designing, complete with carving kits, paintbrushes and a plastic table cover. Stencils were not seen in the snap. “Time to get serious,” she wrote on the photo.

The next Story showed the final results with a boomerang. She tagged her beau next to a jack-o-lantern that resembled Jack Skellington from the film The Nightmare Before Christmas. Booker showed a close-up on his Instagram Story that same night. The other pumpkin had a sillier carving, with a toothy smile and raised eyebrows.

The duo is still finding time for date nights more than a year into their relationship. They were first spotted on a date in April 2020. Though it started out casual, the Keeping Up With the Kardashians alum and the Olympian quickly developed serious feelings for each other. 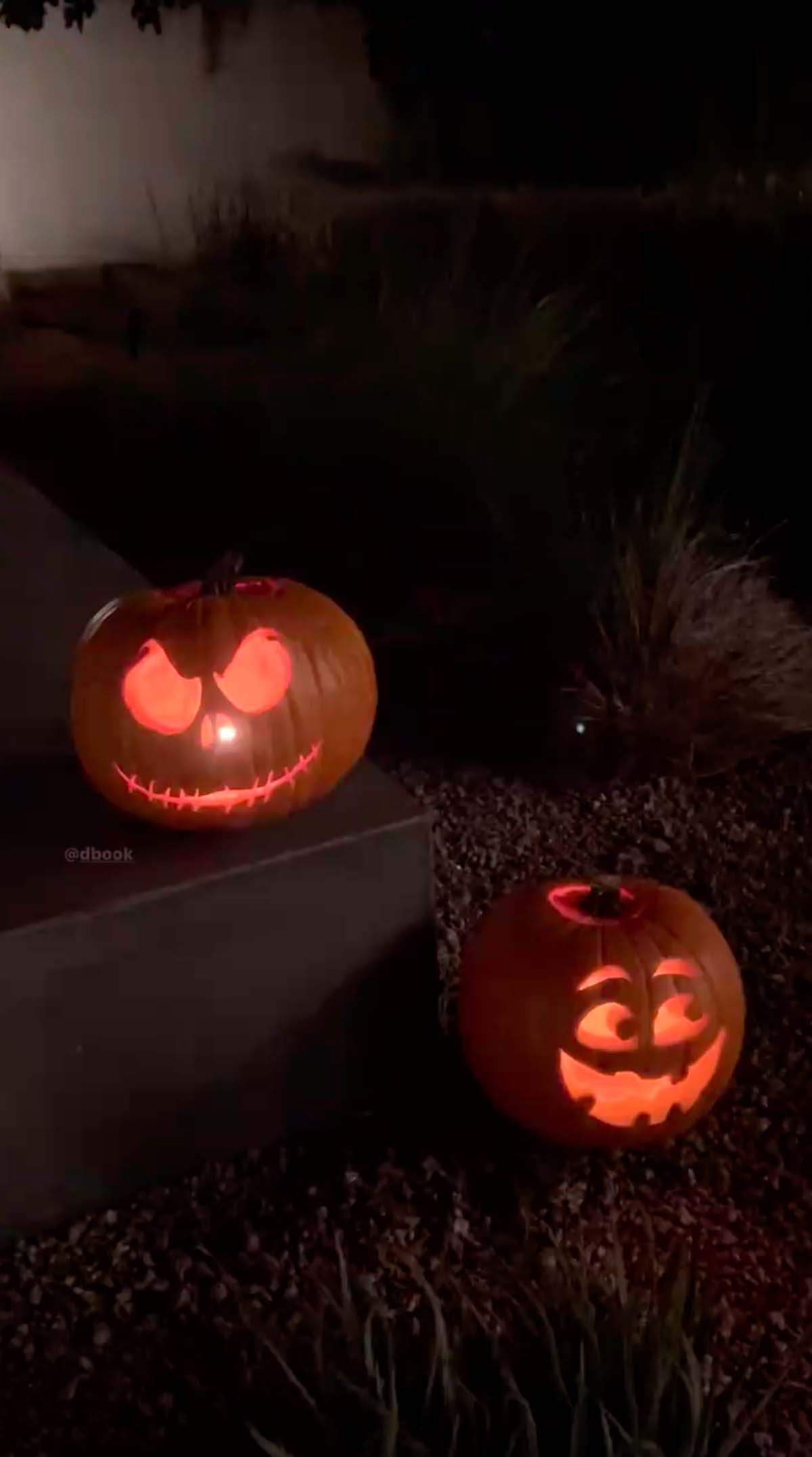 In February, the 818 Tequila founder made their romance Instagram official — a step she doesn’t take lightly.

An insider explained in March that the pair “care about one another immensely.” However, that doesn’t mean she’s rushing into happily ever after.

“It’s not like they will be getting engaged any time soon,” the source added at the time. “Kendall likes the pace at which things are going at the moment and has no plans to elevate things so quickly.”

All the NBA Players That the Kardashian-Jenner Sisters Have Dated

As the couple celebrated their one-year anniversary in June, another source close to the stars said they had “practically moved in” together, nesting at Jenner’s Los Angeles home.

“They really respect each other’s careers and give each other space to focus on her modeling or his basketball career,” the insider explained at the time. “That’s probably what makes their relationship work so well is that they have that work-life balance.”

Though she still prefers to fly under the radar, the Forward creative director doesn’t mind sharing the occasional photo or interacting with her boo on social media. The one-year mark makes all the difference, KUWTK executive producer Farnaz Farjam revealed in June.

What the Kardashians Have Teased About Their Hulu Show

“Kendall’s always had this rule — she just felt like she had to be with someone for at least a year before she lets them be a part of the show, because she doesn’t always know what people’s intentions are,” Farjam told Bravo TV’s “The Daily Dish” podcast at the time. “So that’s why we kind of kept her personal life out of it, just because she had a rule.”

With the one-year milestone in the rearview, fans will have to wait and see if Jenner lets the cameras show Booker on Hulu’s new Kardashian reality show.