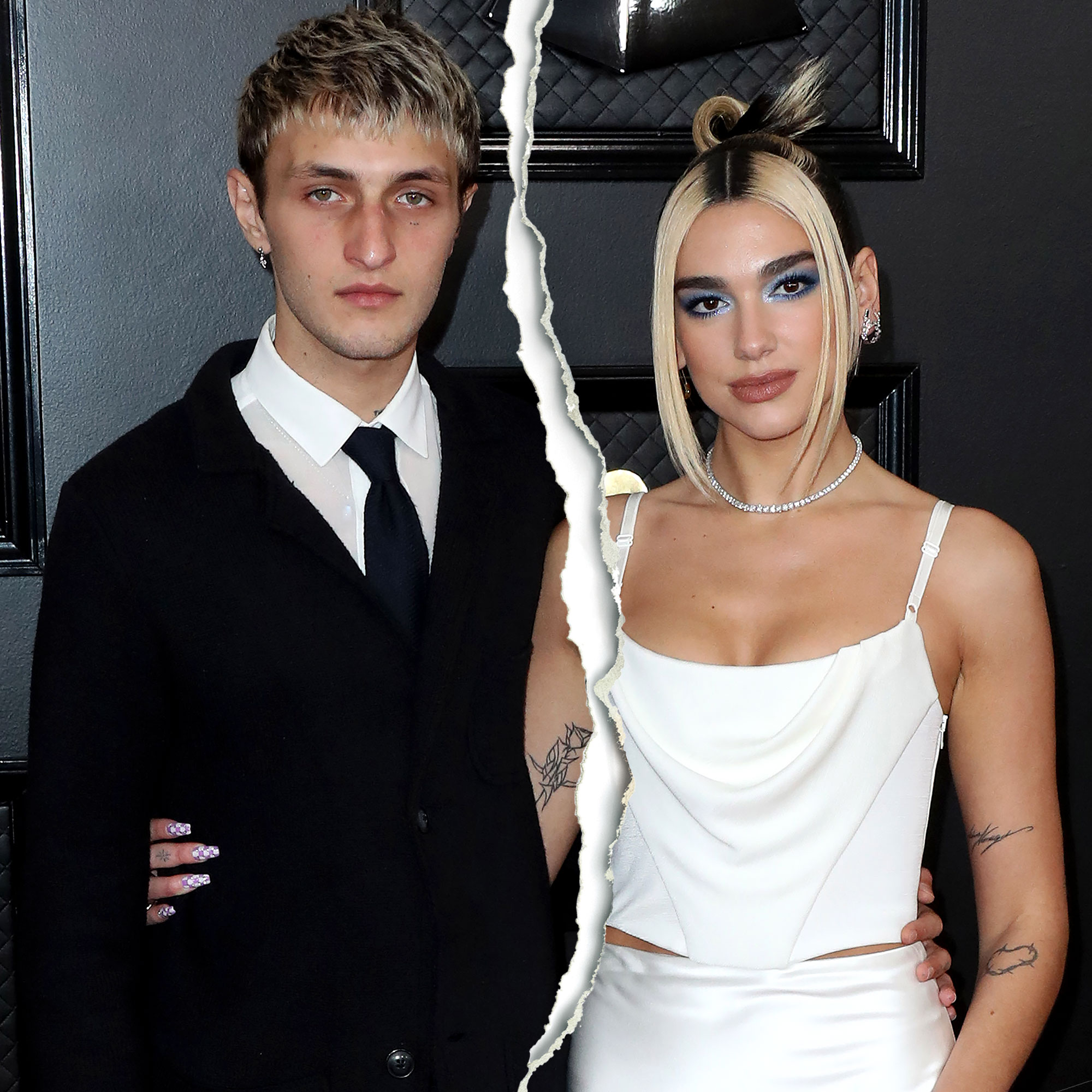 Pressing pause! Dua Lipa and Anwar Hadid are “on a break” after dating more than two years, a source confirms to Us Weekly.

Celebrity Splits of 2021: Stars Who Broke Up This Year

“They’re no longer dating,” the insider adds of the twosome who were first linked in June 2019 but haven’t been seen together since early November.

The 26-year-old singer and the 22-year-old model first made headlines in 2019 after Lipa was spotted at Hadid’s 20th birthday celebration. The former couple took their romance public in October 2019 when they were seen together in New York City on multiple occasions.

Lipa appeared to grow close with Hadid’s family later that month as she attended Anwar’s sister Bella Hadid’s 23rd birthday and posed for photos with the whole group, including his eldest sister, Gigi Hadid.

The pair made their red carpet debut the following month while attending the 2019 American Music Awards.

While the former lovebirds continued to post photos together on social media during the first year of their romance, it wasn’t until May 2020 that Lipa revealed how they first linked up.

The British singer revealed during an appearance on Watch What Happens Live With Andy Cohen that she slid into Anwar’s DMs before they started dating. “I definitely did that,” the pop star teased. “We actually met at a barbecue, but it then carried on to DMs.”

The “Levitating” artist gushed over her man on their one-year anniversary in June 2020. “Nothing sweeter than 365 days joint at the hip with you ❤️,” Lipa wrote via Instagram at the time.

The “Don’t Start Now” songstress opened up further about her relationship with Anwar in a February interview with British Vogue, noting they are “quite private” for the most part.

“We have all these incredible memories and experiences, and if there’s something that we want to share together, then OK that’s fun,” she explained at the time. “We’ll only show you as much as we want you to see. It’s a little bit of give and take, trying to find the right balance of being so excited and being in love, and wanting to share that with the people around me, but at the same time not wanting to put too much out there.”

The following month, Anwar showed his then-girlfriend some love after she won Best Pop Vocal Album at the Grammys by throwing her a butterfly-themed party.

Lipa posted a series of photos with Anwar in September during a trip to the Big Apple. “I ❤️ NYC,” she captioned the snaps, which showed the pair getting cozy at a bar. One month later, the duo celebrated Halloween as an item.

Anwar, however, isn’t the only person in his family to have a recent breakup. Gigi, 26, called it quits from Zayn Malik earlier this year amid drama with her mom, Yolanda Hadid.

Dua and Anwar! Sarah and Wells! Celeb Couples Who Met on Social Media

Us confirmed in October that Gigi, who shares 14-month-old daughter Khai with Malik, 28, “silently separated” from the former One Direction singer after trying to work through their problems for a “while.”

New of the split came shortly after Malik made headlines for an alleged incident with Yolanda, 57, in which she claimed he “struck” her in September. The British crooner pleaded no contest in October to four charges of criminal offenses of harassment after previously denying that he harmed the former Real Housewives of Beverly Hills star.

Malik was placed on a 90-day probation for each charge, must take an anger management class and a domestic violence program and was ordered to stay away from Yolanda and the security guard who witnessed the incident.