How he’s dealing. Brad Pitt is focusing on work as he continues his custody battle with ex-wife Angelina Jolie, an insider exclusively reveals in the new issue of Us Weekly.

“Brad has been holed up at his place,” the source says of the Oscar winner, 58. “He occasionally enjoys downtime at his art studio. … He’s busy signing off on and brainstorming projects all the time, [and his production company] Plan B is always working on stuff.”

The Bullet Train star and the Maleficent actress, 46, who tied the knot in August 2014 after nine years together, were declared legally single in 2019, but they are still hammering out the details for custody of their six children: Maddox, 20, Pax, 18, Zahara, 17, Shiloh, 16, and twins Knox and Vivienne, 13.

“It’s very clear to him that Angie has gone out of her way to delay and stall the process,” the insider tells Us. “All he can do is work with his legal team and file the paperwork whilst responding to her claims. Month after month goes by with one piece of red tape after another, endless jumping through hoops and bickering between their lawyers with no resolution.”

After the couple’s September 2016 split, an altercation on the duo’s private jet led to a child abuse investigation of Pitt. Two months later, Us confirmed that the Ad Astra actor was cleared by the Los Angeles County Department of Children and Family Services. 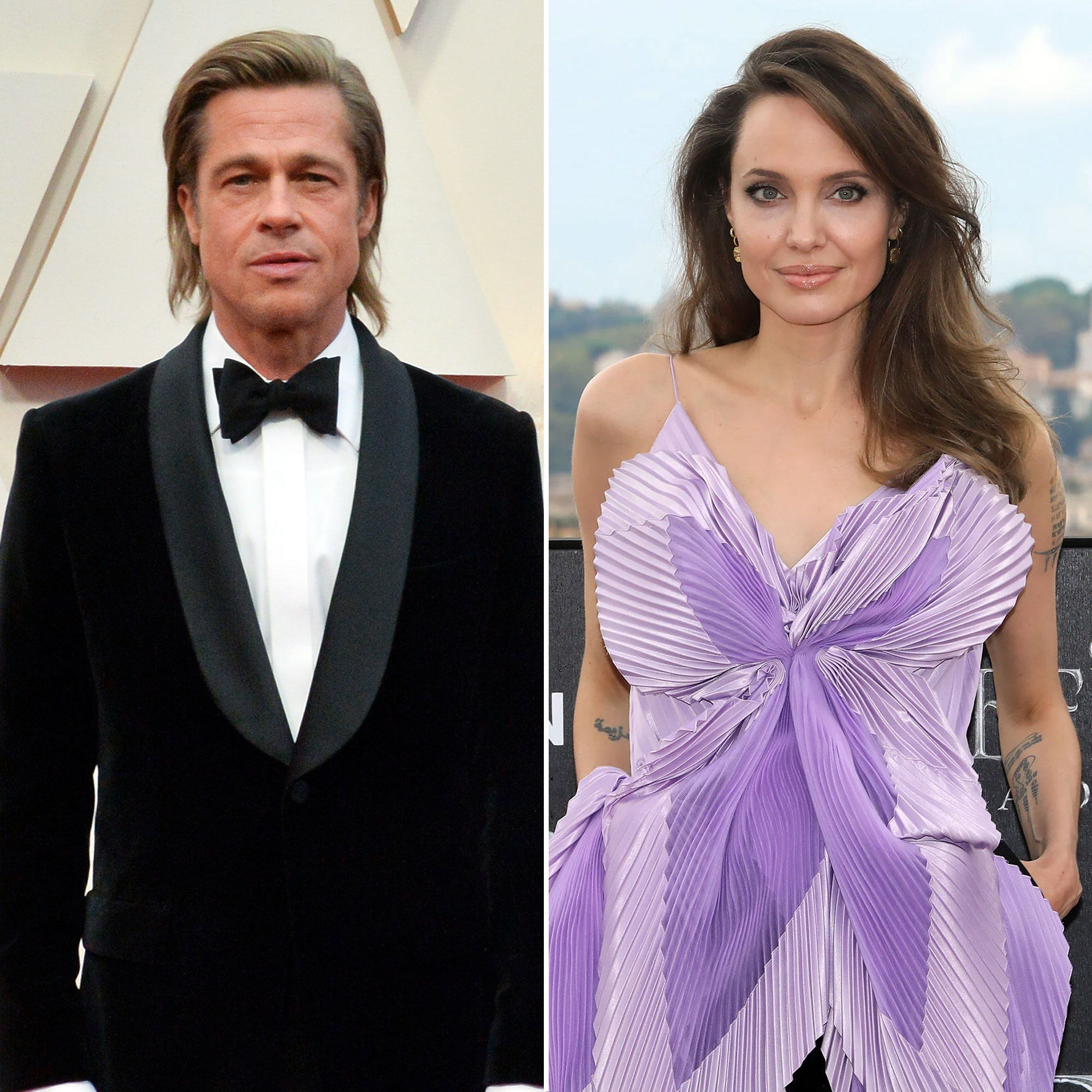 In his first interview after the split, the Oklahoma native revealed that he’d been going to therapy and also made the decision to get sober.

Hollywood’s Ugliest Divorces: From Johnny and Amber to Erika and Tom

“I’m really, really happy to be done with all of that,” he told GQ in May 2017. “I mean, I stopped everything except boozing when I started my family. But even this last year, you know — things I wasn’t dealing with. I was boozing too much. It’s just become a problem. And I’m really happy it’s been half a year now, which is bittersweet, but I’ve got my feelings in my fingertips again.”

According to the insider, Pitt’s “sober buddies,” including Flea and Thomas Houseago, have been supporting him throughout the custody battle, but he’s “not going out and mingling in Los Angeles like he used to” before the pandemic. “His will to put on a happy face and have fun out of his comfort zone has just kind of dried up.”

He is, however, excited to remodel his home in France, which was a major point of contention throughout his split from Jolie.

“The whole estate is going to be remodeled and fixed up for these cool new extensions, like the recording studio and other features Brad’s custom-designing himself,” the source explains. “He loves that place and sees it as his spiritual home in a lot of ways. He can be by himself or relax with friends.”

Sobriety Surprises: Stars Who Revealed They Got Sober

In October 2021, the Wanted actress sold her stake in the winery business of Chateau Miraval. An insider later told Us that Pitt wanted to buy her shares, but she decided to sell instead.

“It’s been a part of his life and she had no interest,” the source told Us in February, claiming that Jolie sold her part of the establishment “just to punish him. She did it to hurt him.”

That same month, the Seven star sued his ex-wife for allegedly selling her stake behind his back. In court documents obtained by Us, Pitt further accused the Oscar winner of attempting to gain profits that she did not earn and breaching their initial agreement to only sell their stakes with mutual consent.

For more on Pitt and Jolie’s ongoing battle, watch the video above and pick up the new issue of Us Weekly, on stands now.