Journalist Ronan Farrow, the author of the bestselling book Catch and Kill, said on Wednesday that he would cut ties with his publisher, Hachette Book Group, after it announced one of its divisions was publishing Woody Allen's autobiography next month.

Farrow is Allen's son with actress Mia Farrow, and his adopted sister, Dylan Farrow, has long accused Allen of molesting her when she was a child, allegations he has denied. 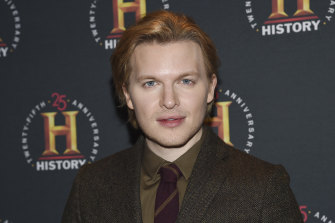 In an email exchange, obtained by The New York Times, Farrow, whose reporting on accusations of sexual assault against Harvey Weinstein and other powerful men helped touch off the #MeToo movement, harshly criticised Hachette, calling its decision to publish Allen's memoir a betrayal.

"Your policy of editorial independence among your imprints does not relieve you of your moral and professional obligations as the publisher of Catch and Kill, and as the leader of a company being asked to assist in efforts by abusive men to whitewash their crimes," Farrow wrote in an email to Michael Pietsch, the chief executive of Hachette, whose Little, Brown imprint published Catch and Kill.

"As you and I worked on Catch and Kill – a book in part about the damage Woody Allen did to my family – you were secretly planning to publish a book by the person who committed those acts of sexual abuse," Farrow added.

"Obviously I can't in good conscience work with you any more," he wrote at the end of his message. "Imagine this were your sister." 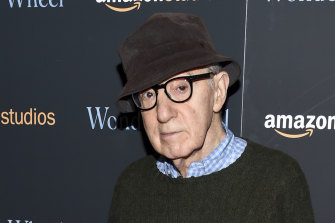 Woody Allen’s memoir, Apropos of Nothing, will be released by Grand Central Publishing on April 7.Credit:Evan Agostini/Invision/AP

The email to Pietsch came the day after Grand Central, another imprint of Hachette, announced that it had acquired Allen's autobiography, titled Apropos of Nothing, and would publish it on April 7.

A news release described the book as "a comprehensive account of his life, both personal and professional," that would cover "his relationship with family, friends and the loves of his life."

In an interview on Tuesday, Pietsch declined to provide further details on the book, such as its initial print run or how much Grand Central paid for it. And he declined to say anything further about the contents, beyond that it was "the complete story of his life, from the beginning to the present moment," told in "Woody Allen's unmistakable voice."

Pietsch said he had called Farrow on Monday after hearing from the author's agent that he was unhappy about the publication. And he reiterated what he said he had told Farrow: that a basic principle of publishing was that its divisions do not interfere editorially with each other.

"We do not allow anyone's publishing program to interfere with anyone else's," he said, noting that Hachette publishes "thousands of books" a year.

"Each book has its own mission," he said. "Our job as a publisher is to help the author achieve what they have set out to do in the creation of their book."

Asked about the mission of Allen's book, he paused. "Grand Central publishing believes strongly that there's a large audience that wants to hear the story of Woody Allen's life as told by Woody Allen himself," he said. "That's what they've chosen to publish." 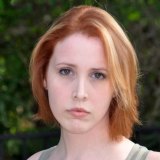 Farrow declined to comment on his conversations with Pietsch or the publication of Allen's book. Letty Aronson, Allen's sister, said he had no comment.

The announcement of the memoir's impending publication was a surprise twist in the literary fortunes of Allen, whose career has been stalled in the #MeToo era. In recent years, actors including Greta Gerwig and Timothee Chalamet have expressed regret about working with Allen. In 2018, Amazon Studios ended a multi-movie distribution deal with the filmmaker, citing a renewed focus on the allegations against Allen, among other reasons.

In May 2019, The New York Times reported that Allen had been trying to sell a memoir since late 2018 but had been "met with indifference or hard passes," based on interviews with four publishers who had been approached about a possible book.

In fact, Ben Sevier, the senior vice-president and publisher of Grand Central, had acquired the book quietly last March. At the time, Little, Brown, another division of Hachette, was in the midst of editing Farrow's Catch and Kill, which was published in October and spent 11 weeks on The New York Times non-fiction bestseller list.

In that book, Farrow wrote candidly about his relationship with his sister, at one point describing how he asked for her advice about how to talk to someone who is "accusing a very powerful person of a very serious crime" before he interviewed one of Weinstein's accusers. He also blamed NBC News executives for impeding his reporting on Weinstein before he eventually published it in The New Yorker.

In his email to Pietsch, he expressed concern that Dylan Farrow had not received a "fact-checking call," and described his sister's allegations as being "backed up by mountains of contemporaneous reports and evidence."

Pietsch declined to comment on the issue of fact-checking, which is generally not a standard practice in book publishing, though books on sensitive subjects are often reviewed by lawyers to avoid libel.

In a statement posted on Twitter, Dylan Farrow called Hachette's announcement "deeply upsetting to me and an utter betrayal of my brother."

Farrow, whose own first novel, Hush, will be published in the northern autumn by Wednesday Books, an imprint of St Martin's Press, also criticised the publisher for not contacting her for fact-checking, which she called "an egregious abdication of Hachette's most basic responsibility."

"This provides yet another example of the profound privilege that power, money and notoriety affords," she said. "Hachette's utter complicity in this should be called out for what it is and they should have to answer for it."

Tags: 'Imagine, sister, this, were, your
You may also like
Celebrities News