FURIOUS Ikea shoppers have slammed the furniture giant after they had to wait up to six hours to pick up their click and collect orders.

Others have accused Ikea of failing to give them items they've paid for, while some complain their furniture hasn't been delivered as promised. 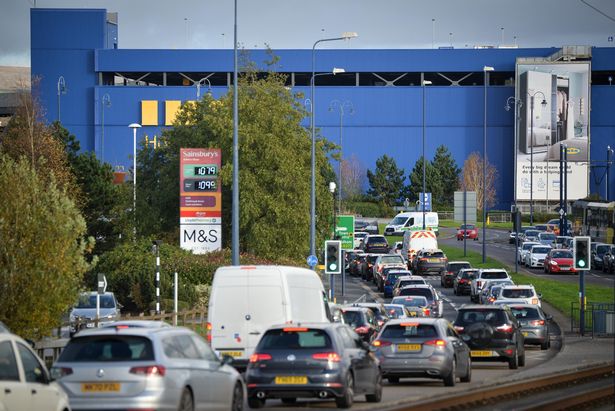 It comes after "operational challenges" at Ikea has caused a string of delivery and collection problems in recent days.

Ikea's stores in England are currently shut for browsing due to the national lockdown, but they're still operating delivery and click-and-collect services.

But since the weekend, online review sites and Ikea's social media pages have been swamped with complaints from customers.

Shoppers also claim the Swedish chain's customer services are in "meltdown", with many being unable to get through to ask where their furniture has gone. 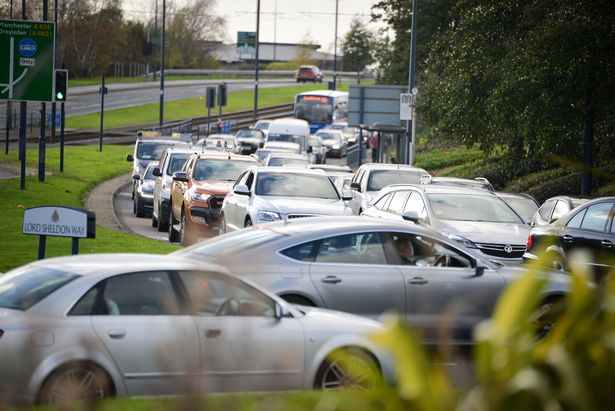 One customer named Malik said he had taken a day off work expecting £2,000 of furniture to be delivered, but it never arrived – and he had been unable to reach anyone at Ikea to find out why.

He said: “This is appalling service from Ikea. We've just moved in and have little one and having no furniture is really stressful.”

Another shopper vented on Twitter: "Do not attempt to buy anything from @IKEAUK at the moment.

"Process for collection from stores is utter shambles and now had an email to say that one of our orders has been collected (it hasn’t) but customer services is effectively closed due to demand."

And a second added: Hi @IKEAUKSupport our sofa wasn’t delivered on agreed date now no update from you for 2 days.

"U r impossible to get hold of. Disgraceful!" 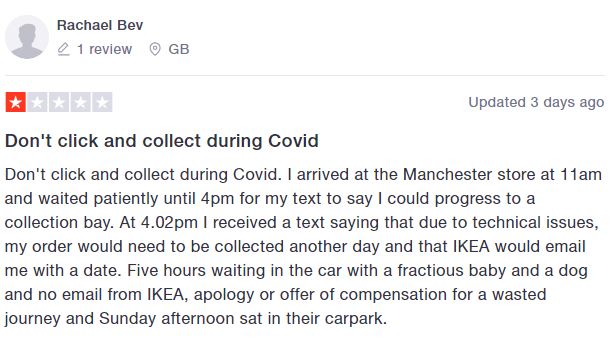 It comes as police were called to the Ikea store in Ashton-under-Lyne in Greater Manchester over the weekend as lengthy shopper queues caused traffic chaos.

Meanwhile, the store’s click-and-collect service was also in disarray.

One shopper said they had received an email telling them to pick up their order on Sunday but had to wait outside for five hours for a text allowing them to collect their goods.

At 4.02pm a text finally arrived saying there had been a technical issue and the order would not be ready until another, unspecified, date.

Customers at the Croydon branch also described the click-and-collection system as a “complete shambles”, with some people waiting up to six hours for their items.

A spokesperson added: “We are very sorry for any inconvenience caused and would like to thank our customers for their patience.

"Our teams are working hard to improve the service and our communication going forward.”

It said its customer services channels were open but may appear as “unavailable” during extremely busy times.

The chaos comes after Ikea extended its opening hours ahead of the second lockdown.

In June, Ikea shoppers queued for up to three hours to get into stores after the Swedish furniture giant reopened 19 branches after the first lockdown.

In other Ikea news, shoppers can get their hands on a real Christmas tree worth £29 for £9 once again this festive season.

Tags: customers, Forced, IKEA, to, Wait
You may also like
Celebrities News