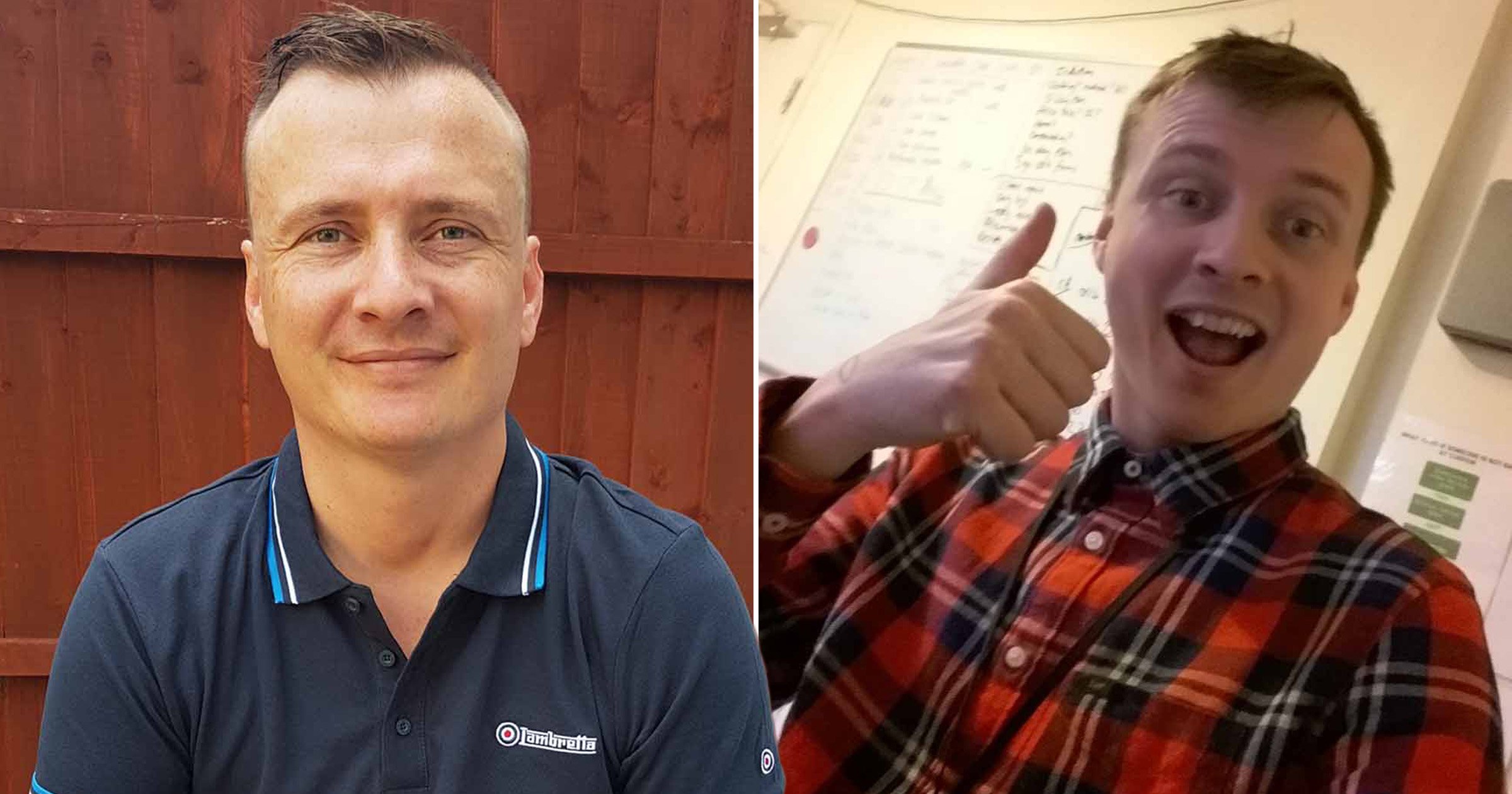 Richard Turner, 38, was lured into a ‘hipster Christian cult’ thanks to a toxic pattern of love-bombing – when someone is showered with praise and affection to make them accept later bad behaviour.

He believes his autism made him especially susceptible to this, as he had been bullied in school and his self-esteem was low.

It was back in 2013 that Richard first came across the cult, while looking for a job working with victims of human trafficking.

At first he thought the ‘church’ was working in this field – but he soon learned something darker was going on.

‘When you struggle to fit in with people, as I do, because autism means you see the world differently and your self-esteem can be quite low, this is very effective, and it really sucked me in.’

Attending his first church event drew Richard in further, with the lights, music, and charisma of the speakers making him feel ‘hypnotised’.

‘And while you’re feeling like that, they’re asking you for money,’ he notes.

Earning just £13,000 a year at this point managing a hostel for the victims of people trafficking, Richard was persuaded to give more than he was able to. He would sometimes give up to 35% of his salary to the cult, which he says soon began controlling every aspect of his life.

The cult strictly policed members’ social interactions to ensure ‘no sex or kissing before marriage’ rules were being upheld.

When Richard invited a woman for coffee after meeting her at an event in a different town, he was told that they would not be allowed to stay in the same building, let alone the same room.

He was even unknowingly assigned an ‘accountability partner’ to monitor their interactions.

When he argued with the woman, who became his girlfriend, about the organisation’s level of control, leaders then ordered Richard to never see her again.

Eight signs of a cult

Richard points to eight signs that an organisation could be harmful:

This prompted him to question the way things were run. As his mental health began to spiral and other members of the cult turned against him, Richard became increasingly isolated.

Desperate to claw back the positive feelings he had when he first joined, Richard threw more of himself into the sect, donating more money and moving into shared accommodation with other members.

‘You can imagine my state of mind at this point,’ he said. ‘Earlier on I’d thought these leaders were prophets, that they heard from God, so when they started turning on me, I thought there was something wrong with me that everyone else could see and I couldn’t.

‘They really drove me to the edge.’

In 2016, Richard had a complete breakdown. He left his jobs and moved back in with his parents, feeling ‘humiliated’ and blaming himself for everything that had gone wrong.

He said: ‘I reached a place where I thought everything the leaders had said was true. I couldn’t think critically anymore.

‘I even spoke to someone who performed exorcisms, believing I’d brought all this suffering into my life because I had supernatural books and Harry Potter DVDs in my bedroom.’

It was support from his family that enabled Richard to approach a former counselling teacher for help – at which point he slowly began to learn that he had been the victim of a controlling cult.

When he later he saw a report on TV into the coercive methods of the group he had been involved with and broke down in tears when he finally saw that he was not alone.

‘All of a sudden there was national recognition for my trauma. The power of that was unreal,’ said Richard.

‘I still have moments – and especially felt this in lockdown when I’d been on my own a lot – when I doubt the whole thing and think it was me.’

Desperate to make a difference, despite his own trauma, in 2018 Richard enrolled for his Masters in the Psychology of Coercive Control, so he could start using his experience for the greater good.

He now works to help others leave similar cults – and to counsel those who have managed to escape.

‘The worst thing you can do is say, “You’re in a cult, get out”,’ Richard notes. ‘Cults work by controlling and isolating you. To recover, you need to find people who get it.

‘I’m so inspired by the people I work with’s grit and determination and by seeing them start their whole life anew.

‘I’m not 100% sure if I’ll ever fully recover, but it’s such a lonely, isolated experience, I am determined to help others, as I don’t want anyone to feel like I did.’

Tags: Mental Health, York
You may also like
Celebrities News