The lucky few who got their hands on Home Depot’s popular 12-foot-tall skeleton decoration — a $300 monster of a Halloween ornament that remains sold out in stores and goes for up to $1,400 on eBay — aren’t putting it away in its coffin until next autumn.

Instead, they’re giving St. Nick a real spook by repurposing the scary skeleton for their holiday decor.

“It became kind of a legend,” musician Thea Faulds, 47, said of her holly jolly giant, which is currently wrapped in colored lights with a Santa hat over its skull. She and her husband, Adam, purchased it in September and kept it in front of their home in Hamilton, Ontario — a Canadian city some 60 miles from Niagara Falls, NY — for their Halloween display, replete with lights and glowing pumpkins.

“People made a special trip to Hamilton to come see this skeleton so we thought, ‘Why not use it all year-round? Why not just totally do it up this year and give people something to come see?’ ” she said.

The spectacle is also practical: Keeping the big guy outside is easier than packing him up for storage in their small home, she said. “I guess we’re going to be doing it until somebody complains. Everyone seems to be really into it right now.”

In Los Angeles, stay-at-home mom and former funeral director Louise Pachella, 36, outfitted her skeleton with a head-to-toe Mayflower look, including knickers, shoe buckles and a tall hat for Thanksgiving. 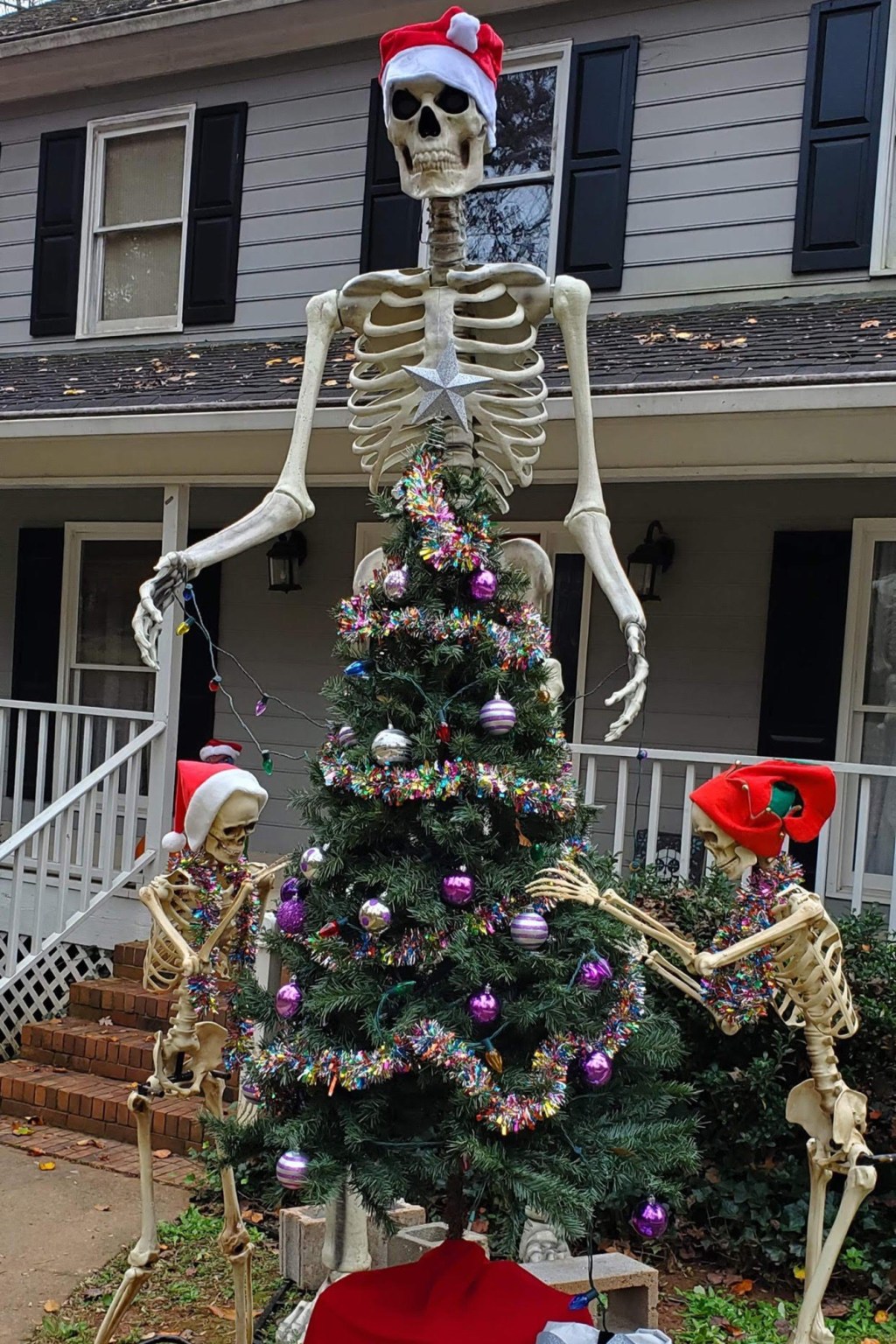 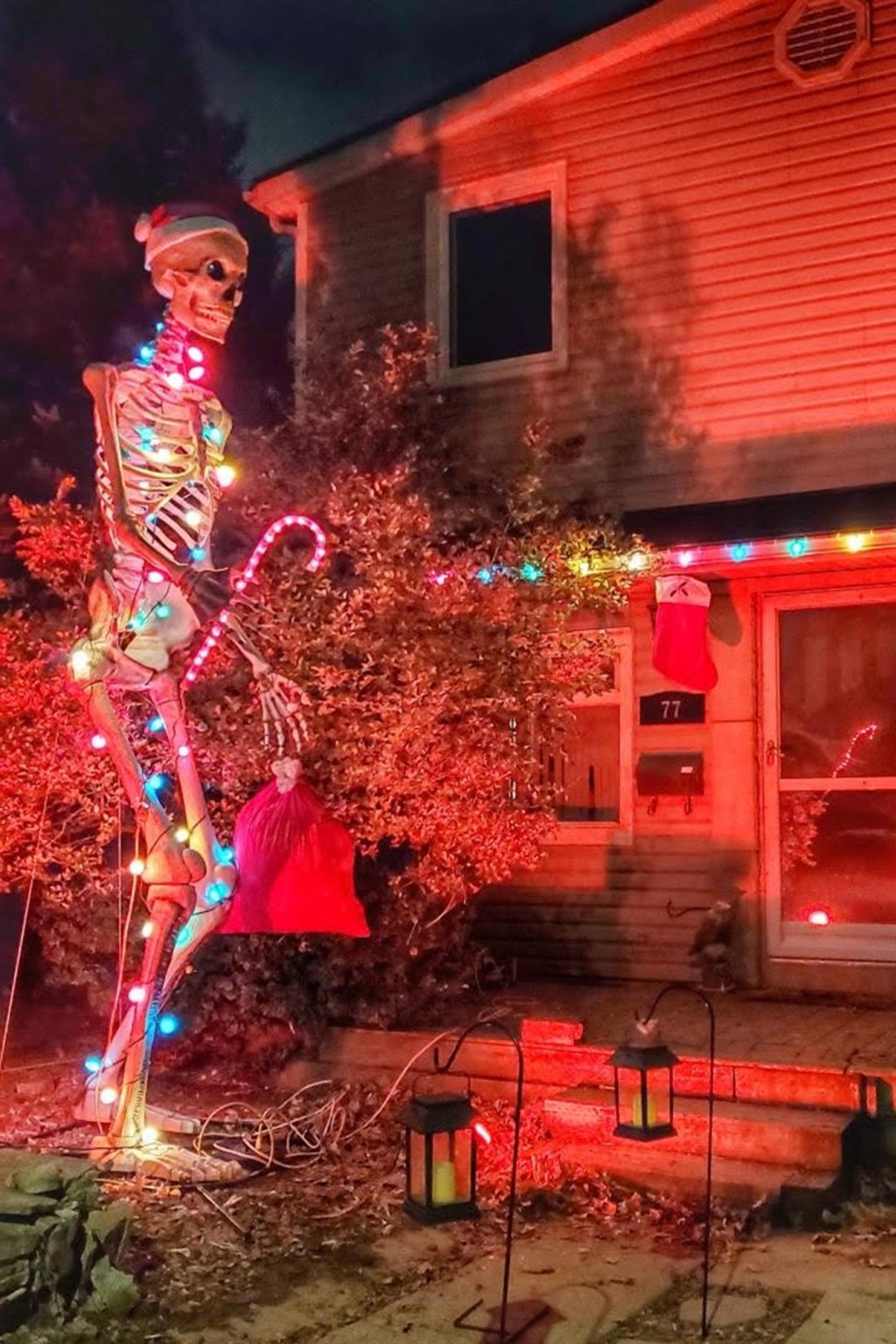 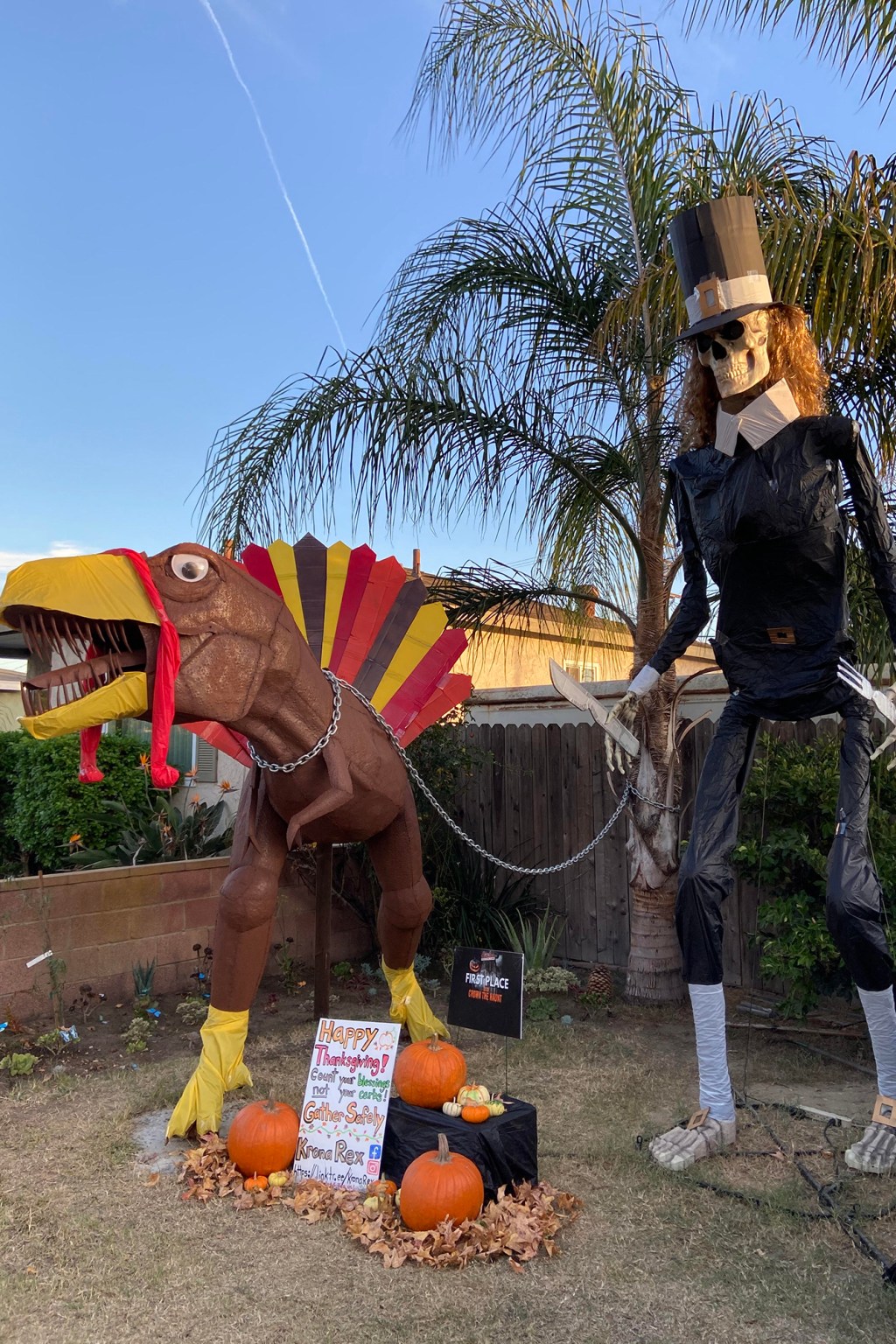 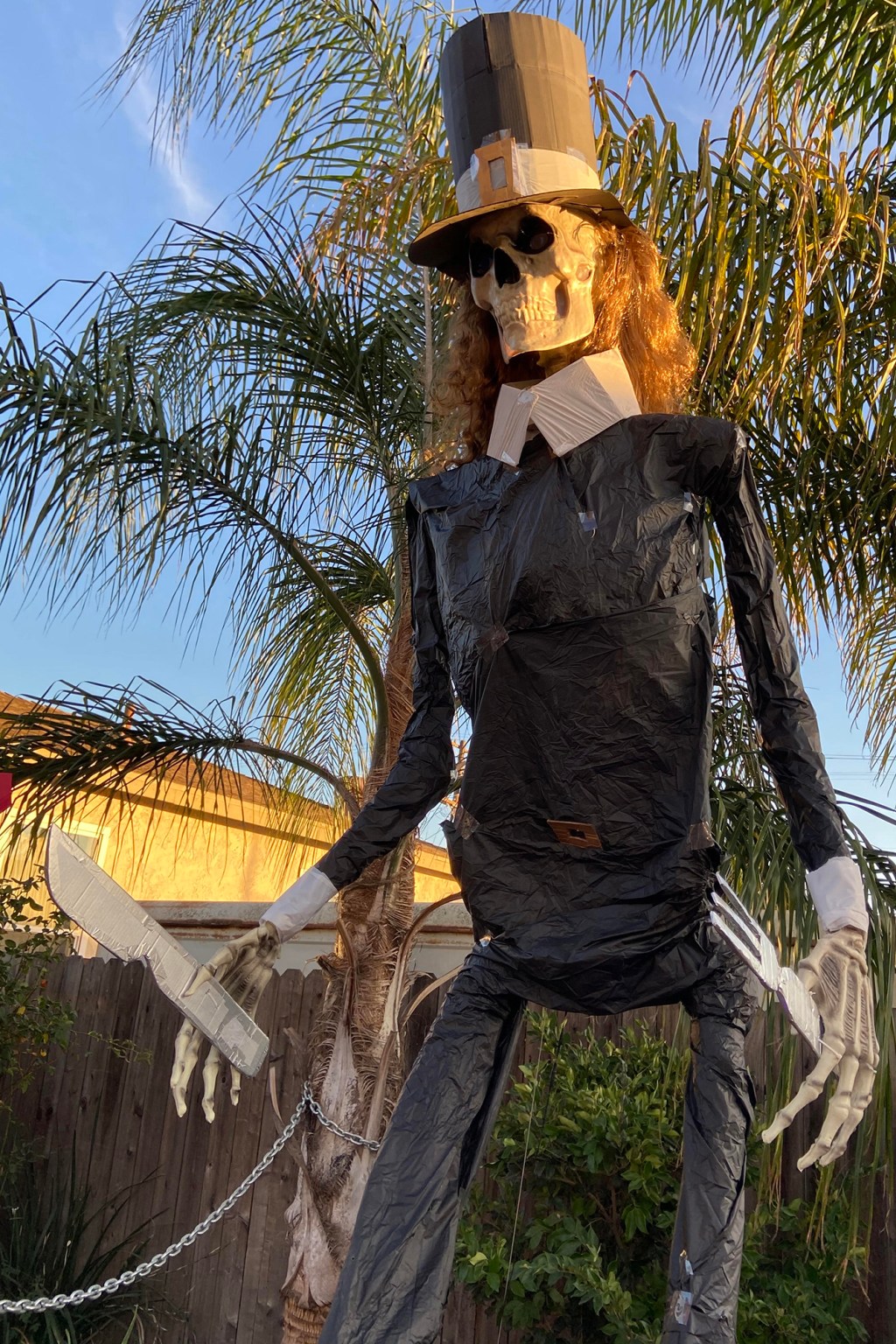