How to make the perfect cup of coffee at HOME: Expert reveals how storing beans in the freezer and leaving it to brew for four minutes can replicate the drink you’d spend £3 on at your favourite chain

Most of us fritter away money on our morning cup of coffee on the way to work, but an expert has revealed how you can achieve a coffee shop standard brew at home.

Edward Grace, founder of Surrey-based Beanberry Coffee, a specialty roaster and retailer dedicated to producing high quality organic coffee, has shared some of his top tips for crafting the perfect cup, allowing you to save the pennies.

From keeping an eye on the temperature of your water to leaving it to brew for just the right amount of time, here’s Edward’s guide to nailing your morning coffee. 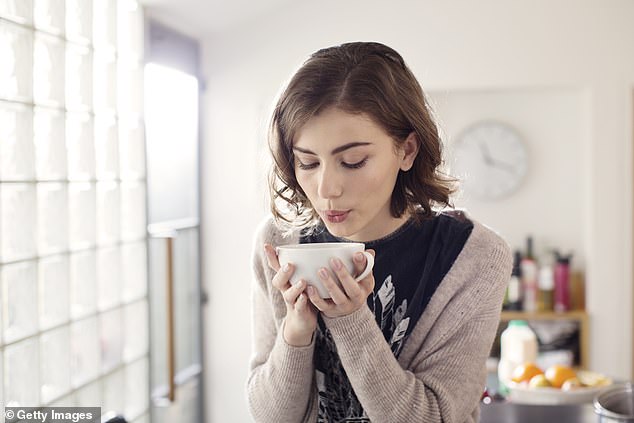 Most of us couldn’t imagine starting our day without the help of some kind of caffeinated hot beverage. Pictured: stock image

Some coffee shops choose to serve their drinks in glasses – and if you’re on the go you’re most likely going to be drinking out of a cardboard or plastic cup.

According to Edward, the vessel which houses the coffee does make a difference to your drinking experience.

He said: ‘It is always the best to use nice heavy ceramic cups, as they retain heat better and allow you to enjoy coffee slowly as it cools down.’

Use the right amount of coffee

Edward observed: ‘The simple rule is to use six grams of coffee for every 100ml of water.

‘A teaspoonful of ground coffee is about four grams, so I would use five teaspoons for a small size cafetiere that will hold about 300ml of water.

‘You can make your coffee stronger – sometimes it works incredibly well – but, as a rule of thumb, I would expect a stronger cup to have more kick and body at the expense of the subtleties and balance of a more balanced cup.’ 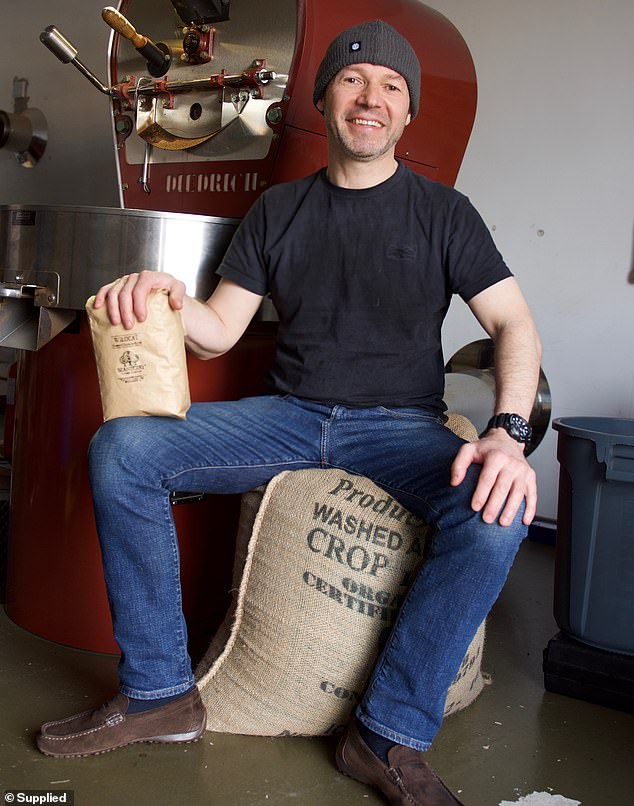 Avoid the temptation to pour freshly boiled water immediately from the kettle into your cafetiere as, according to Edward, coffee needs to be brewed at 92-93 degrees celsius.

‘Speciality coffee is not cheap to produce, so you really need to expect to pay, at the very least, £7 or so for a 250g bag of nice coffee,’ Edward advised.

‘Having said that, there are many expensive coffees where the premium is based on how rare the coffee is, rather than how good it is.

‘I would go for some nice origins like Ethiopia, Guatemala or Colombia – and then, I would expect that a higher price would give me a higher scoring and a nicer tasting cup of coffee.’

‘Generally, going much higher will make coffee over-extracted, which will taste bitter,’ he said.

‘Going much lower will make coffee under-extracted, making it taste sour and lacking in body, flavour and sweetness.’

Just like the type of tonic you combine with your gin, the water you add is ‘hugely important’ when it comes to getting the most out of your coffee.

Edward claims it needs to be fairly soft compared to what you get out of a tap in some areas like London and the south east of England, where readings above 300ppm are commonplace.

The measurement ‘ppm’ – which stands for ‘parts per million’ – denotes the mass of a chemical or contaminate per unit volume of water.

Edward says 150ppm is ‘better for coffee’, adding: ‘It also needs to be Ph neutral ideally, as acidic water makes coffee taste too acidic, whereas alkaline water makes it taste too bland.’

If you’re serious about your coffee-making at home, it might be worth investing in a decent water filtration jug, such as the ZeroWater.

It uses a five-stage ion exchange technology as opposed to a simple carbon-only water filter, which removes 99.6 per cent of all tap water impurities – the equivalent of purified bottled water.

Store it in the freezer

Coffee is usually sold in a sealed bag, and as long as you intend to use it within a month, Edward said it’s fine to keep it in a cool dry place in a tight container, away from the day light.

Four is the magic number…

For the perfect cup, Edward recommends brewing your coffee in a cafetiere for four minutes.

‘Going longer will get more bitterness to the brew, resulting from over-extraction of your coffee,’ he warned.

‘Keeping coffee in a freezer is not a bad idea if you are intending to keep your sealed bag stored for a long time,’ he added.

‘Once the bag has been removed from the freezer, defrost it first, then open. Once opened, simply keep your coffee in a cool dry place and make sure you use it quickly.

Use coffee within a month of its roast

Once coffee has been roasted, it needs to ‘de-gas’ (release most of the C02 gas stored in it) and settle, which takes about nine days.

‘Nine days after the roast is when coffee usually gets to its best taste, which will stay at its peak for about 10 days,’ Edward said.

Buy coffee which was grown at high altitude

‘Some of the best coffees come from Ethiopia, which should not be surprising, as Ethiopia is the birth place of coffee,’ Edward said.

‘Generally, the best coffee grows at high altitudes or in other areas where temperature fluctuations are the widest.

‘This is what gives coffee all the delicious complexity and multitude of flavours in the cup.’

‘Subsequently, the flavour journey is downward sloping. We recommend using coffee within one month of its roast.’

If you grind your own beans, it’s important to make sure you don’t overdo do it. Edward said: ‘The grind should be chosen carefully for every brewing method.

‘Cafetiere grind needs to be quite coarse. Espresso grind is fine. Filter grind is medium.

‘If you get the grind wrong, coffee will be either over or under-extracted and it will never taste at its best.’

Tags: A, brew, coffee, how, perfect, to
You may also like
Celebrities News