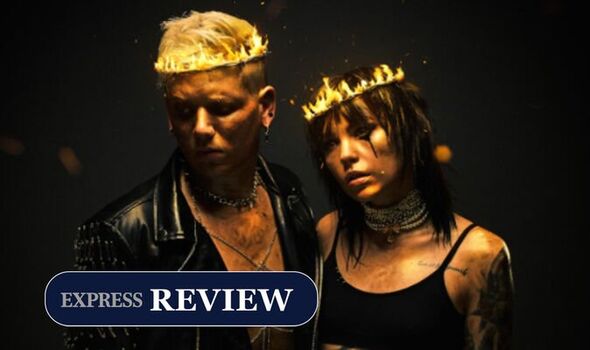 Hot Milk are going from strength to strength. In the past six weeks they have been featured on “Jimmy Kimmel Live!” and have slowly but surely been building themselves up as one of the hottest British bands around while touring the USA.

And their new EP proves they are nowhere near done yet.

Hot Milk opens The King and Queen of Gasoline with a scorched-earth title track that will surely become the band’s anthem. Like a punk Bohemian Rhapsody, it has everything. Light piano motifs launch into a shredding guitar hook before Han Mee cuts in with shrieking vocals on a chorus that shakes the ground (complete with some vocal trills that are a true display of her talent. I see your hard work, Han.)

By utilising choral backup singers and utterly relentless drums, Hot Milk prove in their first track that they are not messing around.

Throughout the entire song – and indeed the record as a whole – Han and Jim Shaw stare deep into your soul with lyrics that almost anyone can relate to. “Kill my idols because all they do is lie,” Jim screams while running from his teenage years in Teenage Runaways. It’s sickly-sweet and powerful, and you won’t be able to turn it down.

While some have described the band’s “Jimmy Kimmel” hit Teenage Runaways as cliche or cheese, I believe it does exactly what it needs to. It’s commercial enough to get some mainstream airplay, but – crucially – still exciting and technically good enough to warrant its success.

The King and Queen of Gasoline as a whole begs for comparisons to Green Day’s glory days – in the best way. These throughlines are easy to make – but are totally warranted. Teenage Runaways, for example, has that “American Idiot” vibe that teenagers 20 years from now will be pointing at as the inception of their rebellious years. The song also includes Jim’s first hardcore vocal smash of the record; an event that demonstrates the band’s versatility. 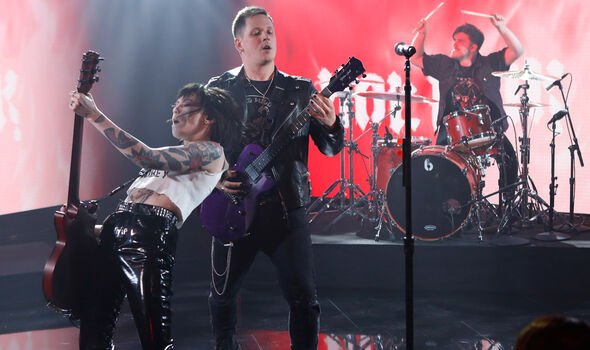 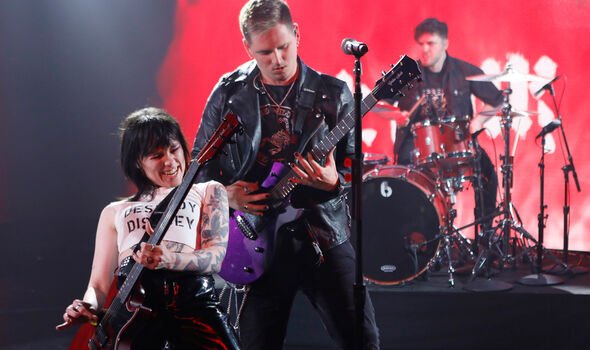 His brutality continues in Bad Influence, a self-aware, self-deprecating hit that very much puts the mirror in front of the writers’ sins while Han croaks through some guttural and eye-opening lyrics. Jim wraps the hymn up with his soaring falsetto that transcends belief.

Together, throughout the EP, both Jim and Han prove they not only know how to write an exceptional song, but how to execute structure flawlessly. And they manage to keep it fresh, as well. The final moments of Bad Influence devolve into a raunchy attack on the sense with a beatdown worthy of your time.

The record isn’t all frivolous excitement, though. There’s a lot of substance here.

The Secret to Saying Goodbye is the perfect example of this. Han and Jim almost sob through their chorus that begs for answers to age-old questions. Sure, breakup anthems are a dime a dozen, but this is one done right (and, crucially, it’s original). And it’s made even better by further examples of the dynamic duo’s vocal work. Together, their harmonies blend beautifully into a stunning range that will continue to set them apart. There’s nobody else in music like them right now.

The Secret to Saying Goodbye is also the first glimpse of how experimental and open to fun ideas Hot Milk are. This will come as no surprise to longtime fans of the band, but this track alone includes saxophones, synth hooks and an ends-too-soon guitar solo without becoming overwhelming.

This experimentation is continued in Chlorophorm Nightmares, a sombre look into the psyche of the band’s struggles. A plethora of strings forms the bed of the emo duo’s worries, fears and false platitudes.

Han is painfully credible in the haunting line: “I think I’m in a freefall.” Jim responds in kind, begging: “I just need a friend,” which, honestly, same. The chorus (“I’m running from the nightmares that escape from my head”) is equally as powerful and leaves enough open space for interpretation.

The King and Queen of Gasoline has a lot to it. It’s beautiful, saddening and daunting, to name a few. Any other band releasing a third EP would not be as musically intriguing as Hot Milk are right now. These six songs hold more candour, talent, and vision than a lot of the alternative chart-topping bands around at the moment. Between their devastating musicality and soul-stirring themes, Hot Milk are something special.

Hot Milk – The King and Queen of Gasoline is out tomorrow.