HOLLY Willoughby has branded a kids cartoon about a man with the longest penis in the world "a step too far".

The 39-year-old challenged experts about the controversial Danish cartoon alongside co-host Phillip Schofield on ITV's This Morning. 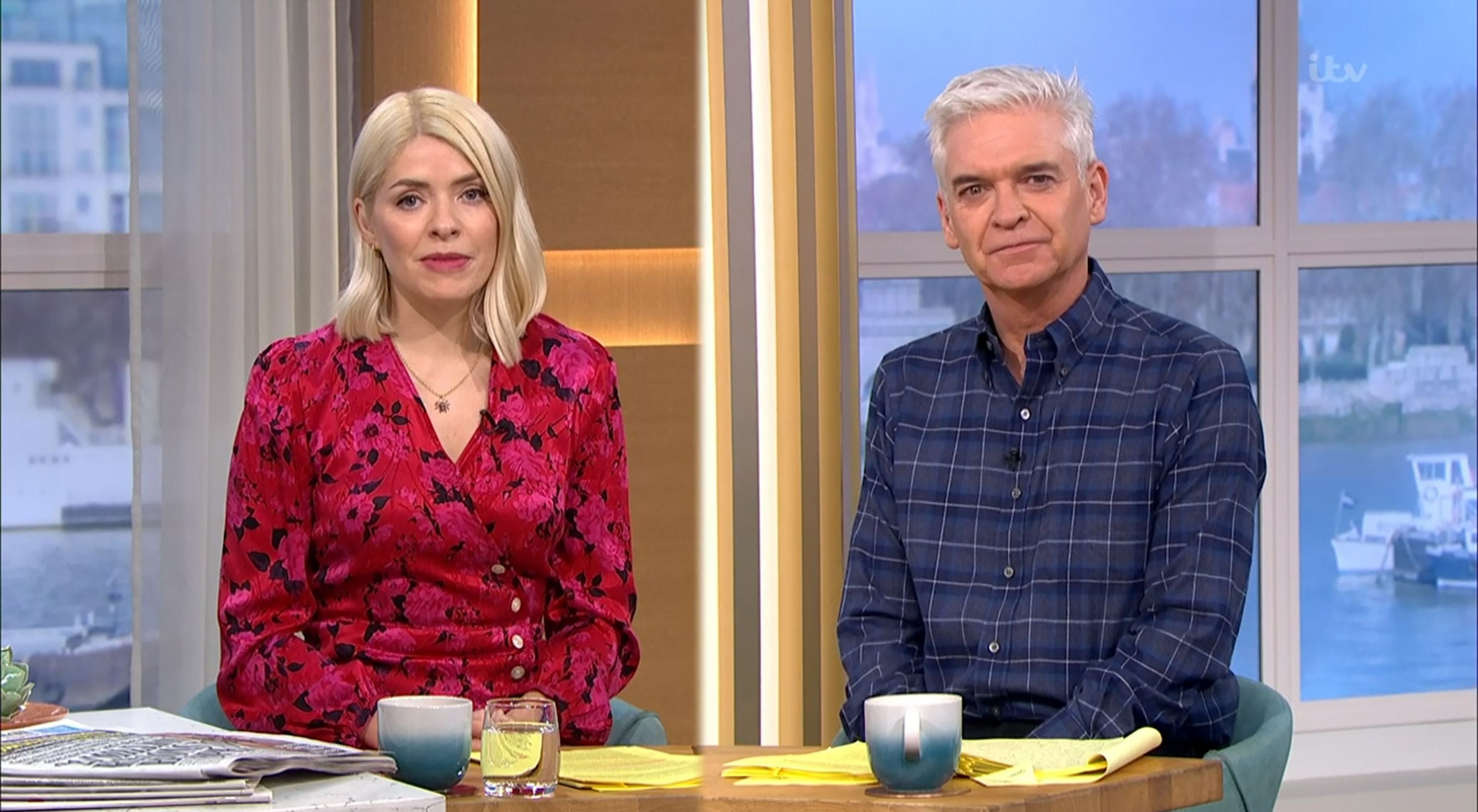 Mum-of-three Holly couldn't contain her shock as it was revealed that John Dillermand – which translates to 'penis man' in Danish slang – was made for children.

Aimed at four to eight-year-olds, the show follows the adventures of main character John, who uses his member to perform impressive tasks.

One episode sees John floating over a city after tying balloons to his manhood, while another sees him lighting a barbecue.

The cartoon, which debuted on children's channel DR Ramasjang this month, was defended by TV presenter Ulla Essendrop and Stine Liv Johansen, a professor in children's media. 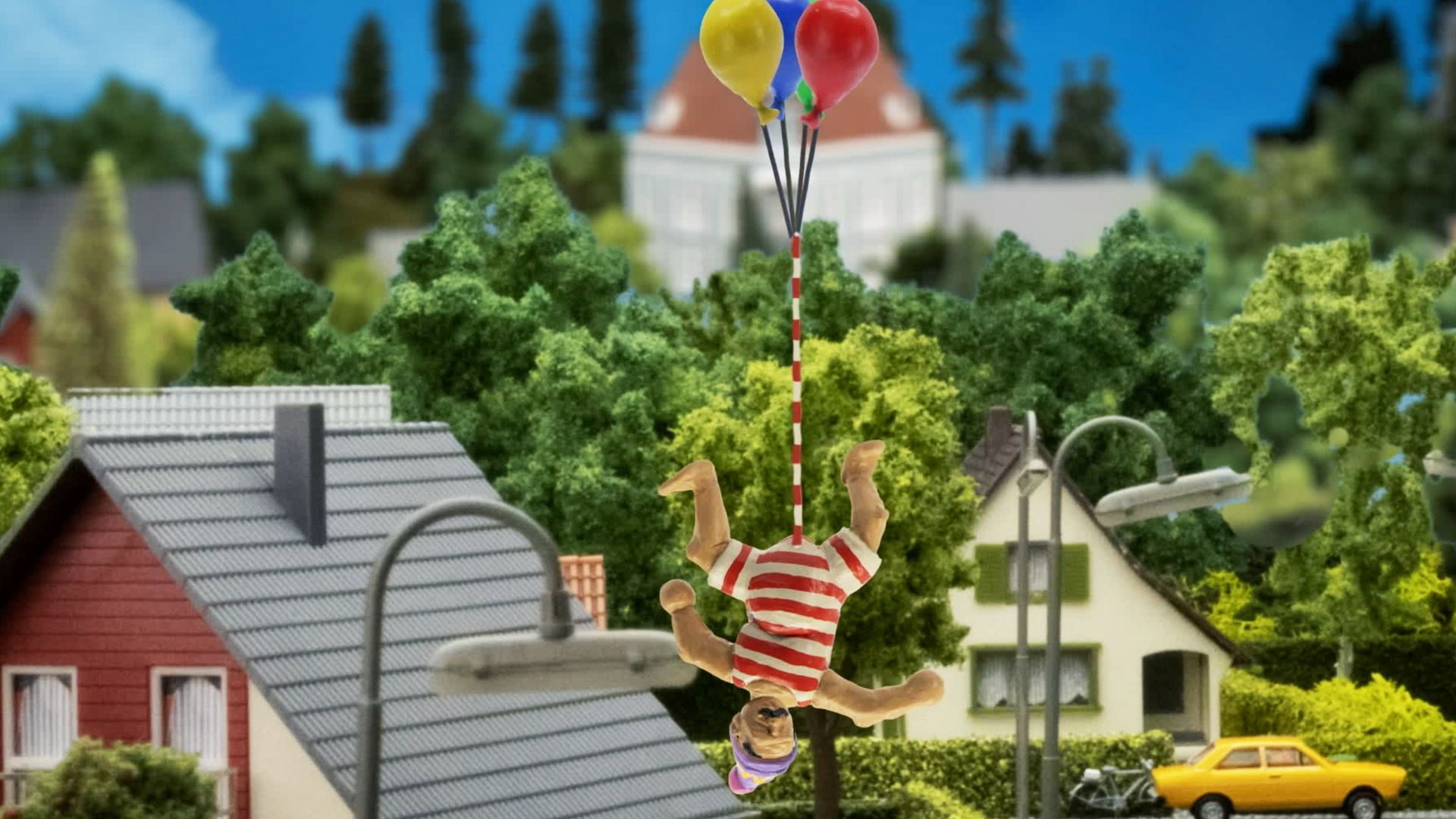 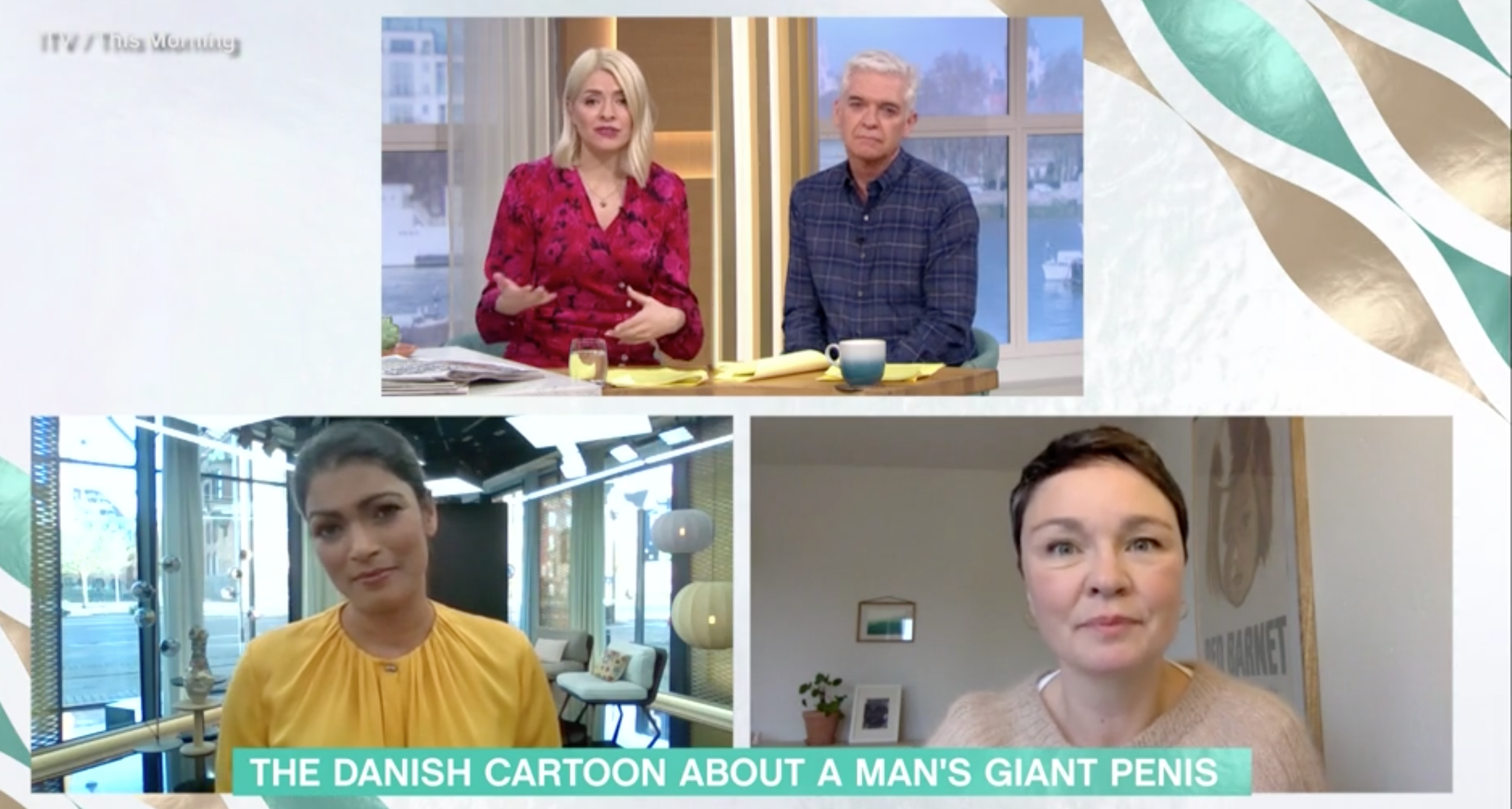 While the pair urged the show's message was about "being who you are" and explored topics children are "curious" about, Holly was not swayed.

"Children's programming is brilliant at starting conversations," a concerned Holly began. "I am just wondering what questions will be asked when they see something like this."

Ulla, who has a three-year-old son, clapped back it was the "perfect conversation starter" to talk about "curiosities regarding the body".

Stine chimed in: "I don't think you should think of this as a penis, it's not a penis as we think of it as an adult." 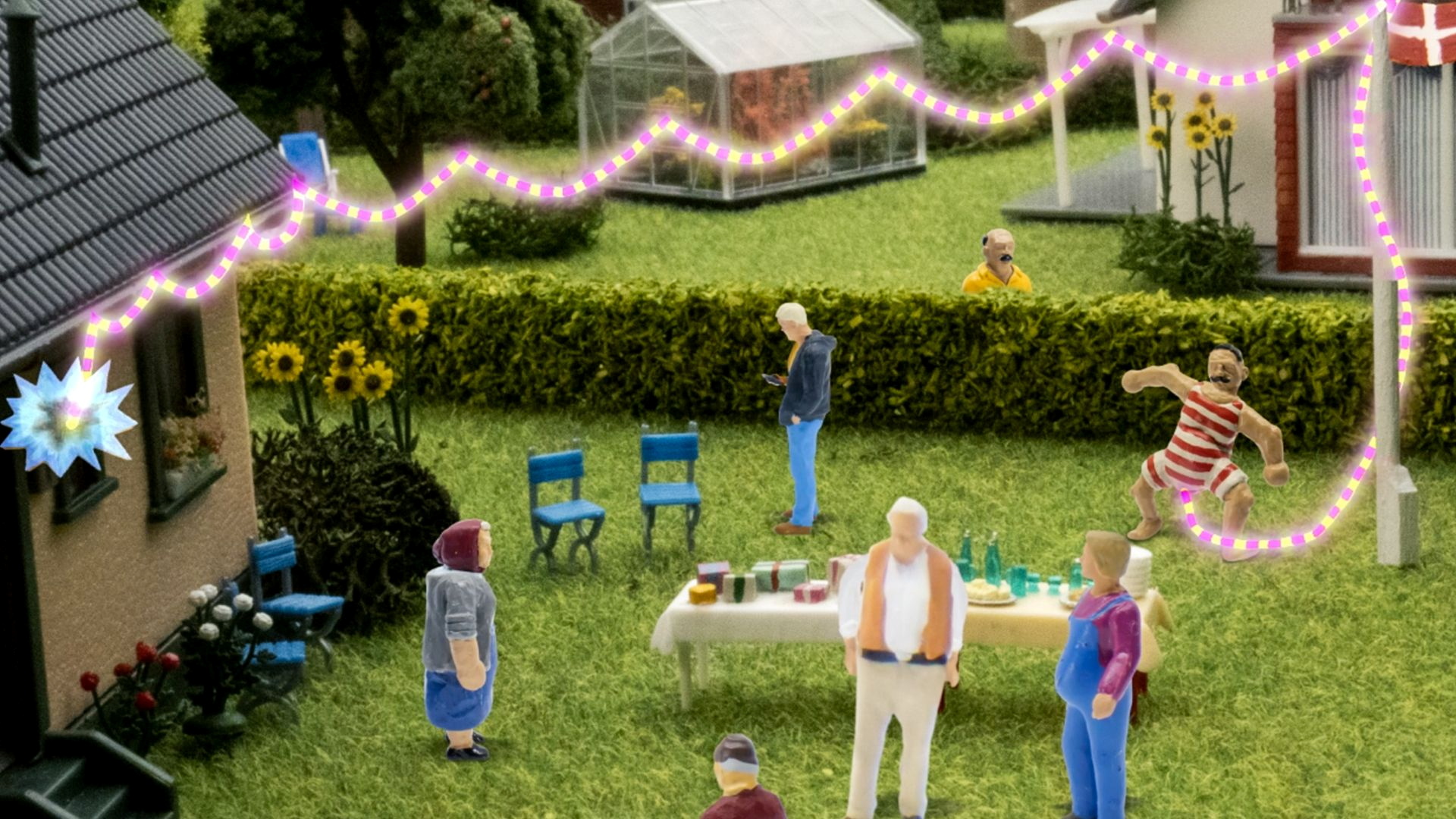 Taking sides with Holly, Phillip asked why instead the appendage couldn't have "come from his knee" or "out of his chest instead".

Holly turned the discussion to equality, pointing out that "parents with daughters" are concerned that it focuses entirely on his manhood.

"Here's this man whose got a penis and therefore has this superpower between his legs and little girls don't have that," Holly started. 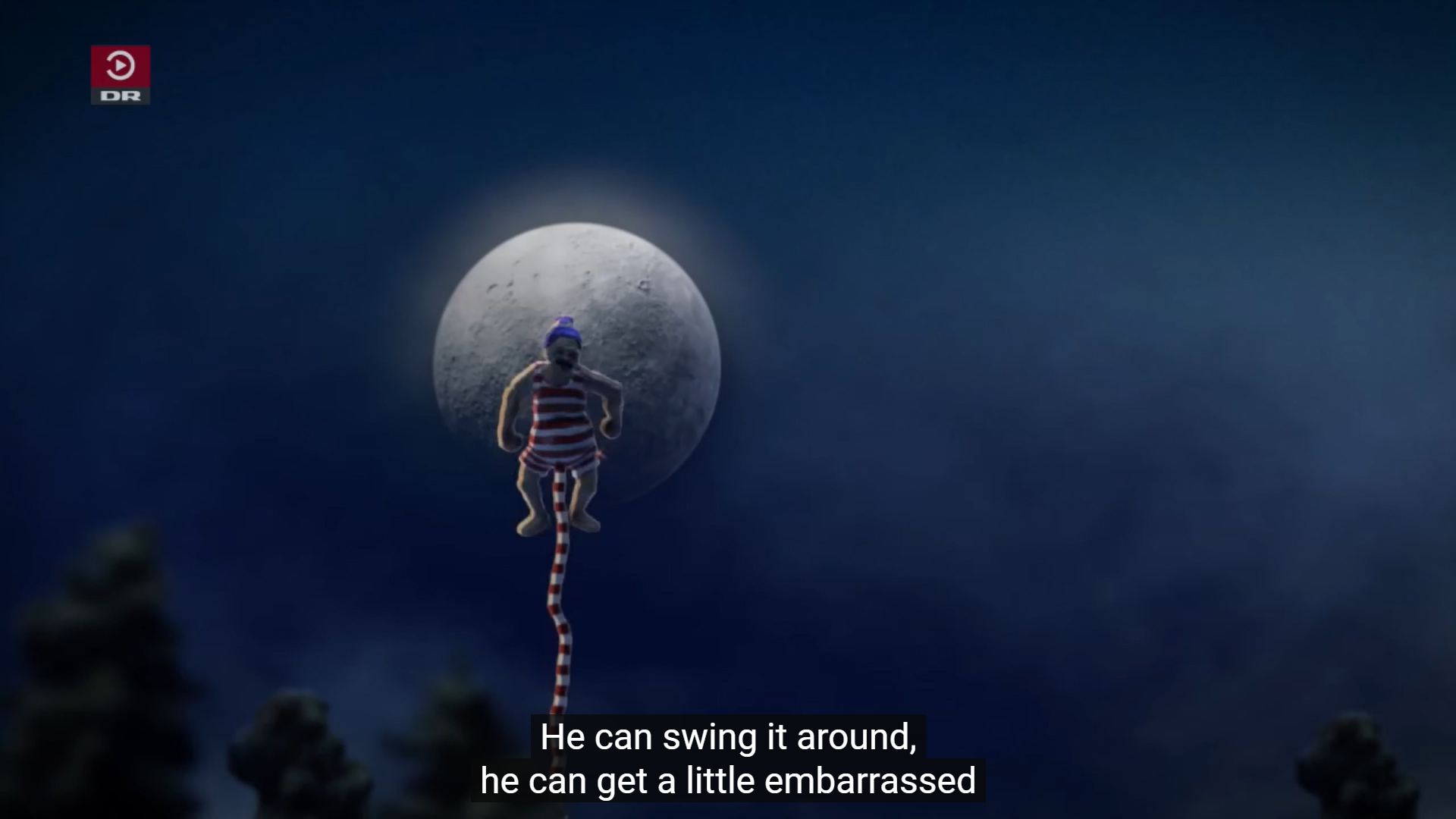 "Hang on a minute, we're already trying to address equality."

While Stine encouraged parents not to put "adult views on gender and sexuality" onto the "absurd little narrative", Ulla said they were already working on a female character.

She explained that the cartoon's creators are hoping the female character will use her genitalia to perform "miracles".

Having heard enough, Holly closed down the conversation by telling the pair that the animation was just a "step too far". 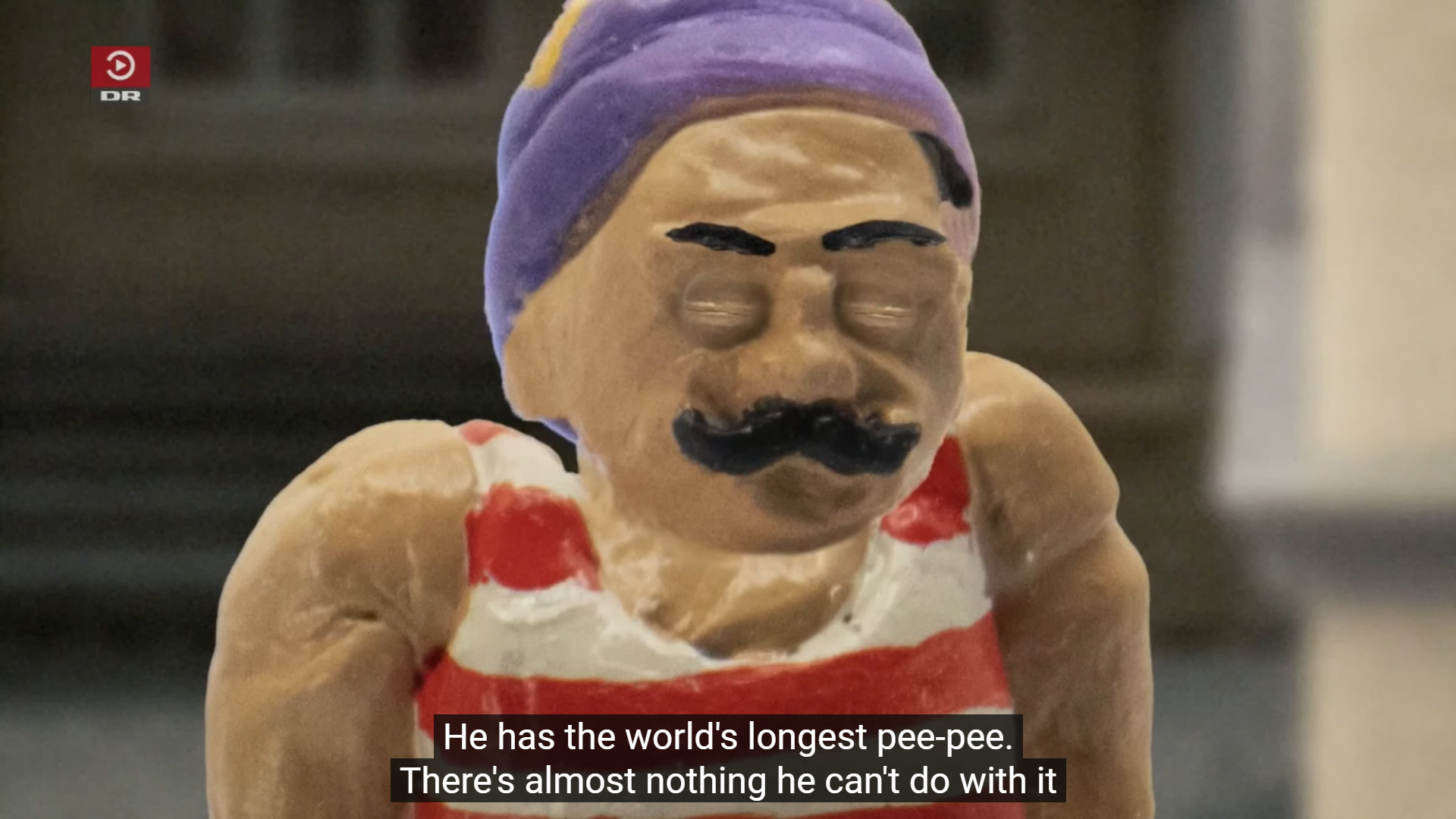 "I think in Denmark you're much more open and have been praised in the past for programming for children that has been very open minded and, in many ways, we have a lot to learn from you," she concluded.

"I think people are struggling because they see this right now as being a step too far."

Viewers appeared to agree, taking to Twitter in their droves to slam the Danish programme, branding it "crude" and "outrageous".

"This cartoon is so wrong and is not for children or even daytime TV," wrote one viewer. "Keep it in Denmark, please. Not for my children."

Another agreed: "I dread my 8 or 9 year old possible seeing that crude cartoon! What on earth!?"

"Has the world gone mad?" chimed in one concerned mum, with a fourth concluding: "This cartoon character is an outrage."

Tags: Holly, shock, Willoughby's
You may also like
Celebrities News