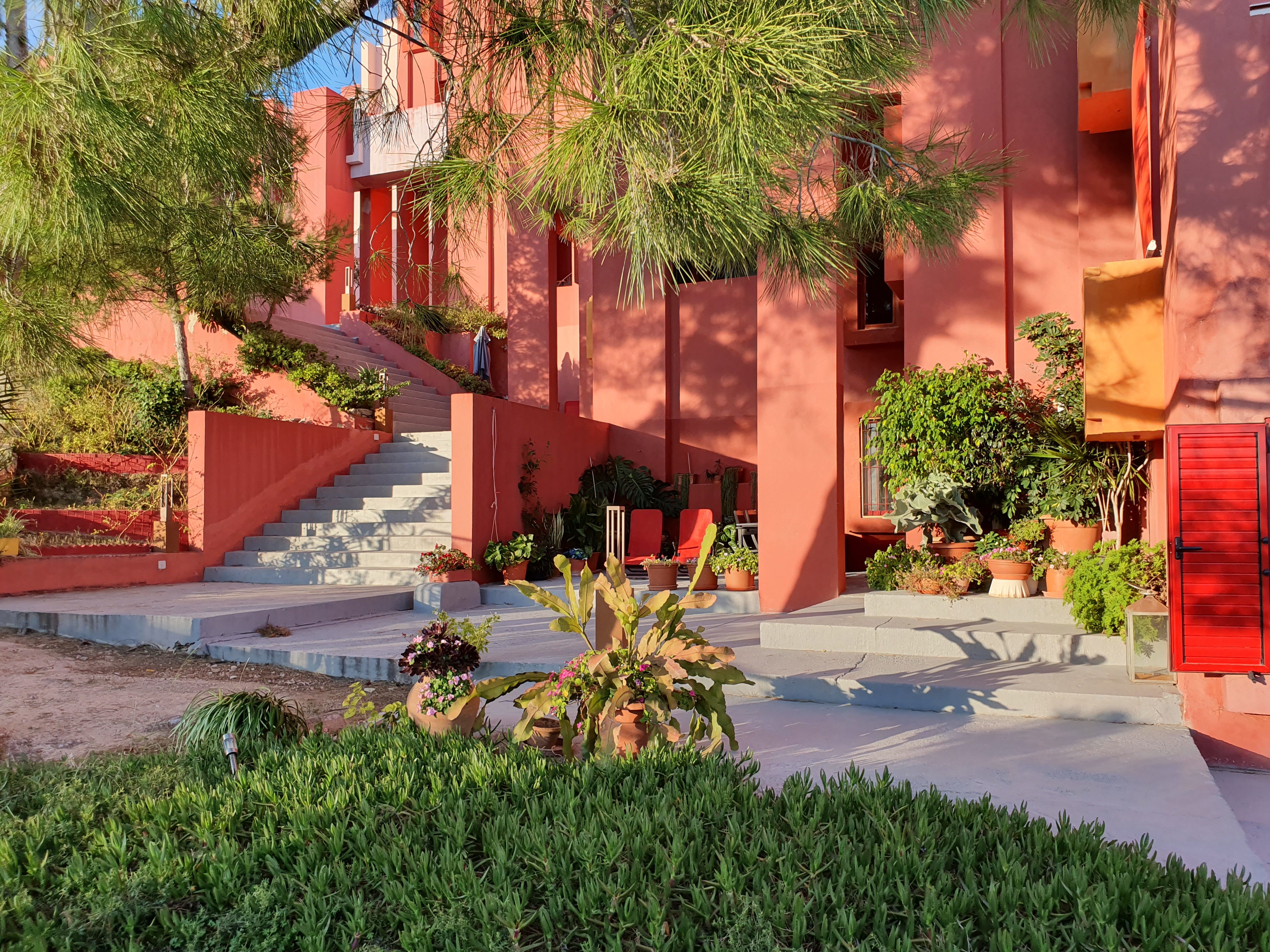 Squid Game is the new Netflix show that has us glued to our screens, with the drama becoming the most successful Korean series ever on the platform.

There’s so much to love about Squid Game, but one thing that stands out is the stunning set design.

The production team had a multi-million dollar budget to create the arena where the contestants would play for their lives, with Lee Jung-Jae, who plays Gi-hun, calling the expansive set ‘almost dreamlike’.

For the uninitiated, the series takes place on an unnamed island off the coast of South Korea, with each ‘game’ being played in a different, specially-designed room.

From the diving-board-like platforms used in a match of tug of war to the replica village where they play marbles, everything looks ominous yet familiar, presumably to give the players a sense of discomfort while they play the games of their childhood.

One thing that stands out is the staircase on the island, which masked staff use to transport contestants between their sleeping quarters and where the challenges are held.

If you want a taste of Squid Game now that it’s over, there’s a holiday property in Spain that you might just recognise.

Director Hwang Dong-hyuk said in an interview that the interweaving, brightly-coloured stairs were inspired by the piece of art, Relativity, by M.C.Escher. But this building appears to be a dead ringer.

La Muralla Roja, is located in Alicante, and made up of 50 unique apartments connected by a number of colourful staircases.

This postmodern apartment complex was designed by renowned Spanish artist Ricardo Bofil, with the architect using the Greek Cross as inspiration for the angular, zigzag building shape.

Many of the apartments are owned by residents, and the development has two commercial stores, a sauna, and a restaurant all on the first level, as well as solariums and a swimming pool on the roof terrace.

Walk around the casbah-inspired hallways and you’ll see the similarities to the Squid Game set, with the beauty being that you don’t need to risk your life to do so.

In the rooms, guests can expect a less dystopian style of decor, with light and airy furniture and a sea view.

Rooms cost from £170 per night on booking.com, although you’ll have to provide the honeycomb cookies and numbered tracksuits yourself if you want the full Squid Game experience.

Tags: Squid Game, travel
You may also like
Celebrities News