With the throwing of coloured powder and water balloons, Holi has arguably become the most famous of India’s religious festivals. With its 1.6 billion users around the world, WhatsApp is the modern method for conveying the heartfelt feelings of love and affection to friends and family.

Holi has been celebrated in India for centuries, with poems documenting celebrations dating back to the 4th century AD.

Holi marks the arrival of spring after a long winter, symbolic of the triumph of good over evil.

The festival begins this year on March 10, a date corresponding to the Hindu calendar month of Phalguna.

There are varying accounts of Holi’s origin mentioned in several works of ancient Indian literature. 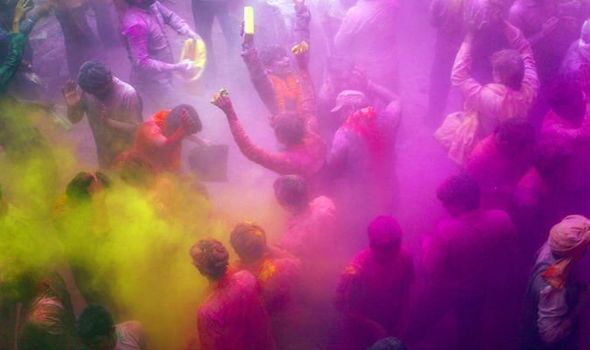 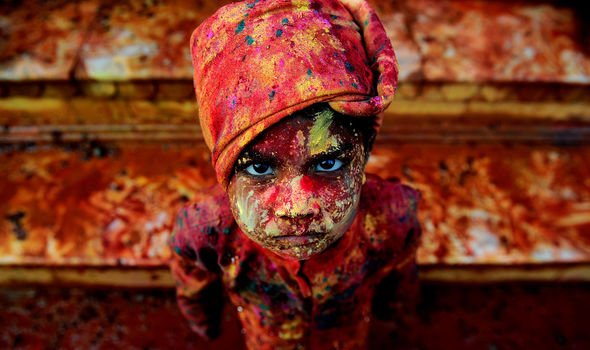 A popular version of the story, tells of an evil king who became so powerful he forced his subjects to worship him as their god.

But to the king’s ire, his son Prahlada continued to be an ardent devotee of the Hindu deity Lord Vishnu.

The angry king plotted with his sister, Holika, to kill his son.

Holika, who was immune to fire, tricked Prahlada to sit in a pyre with her, but when the pyre was lit, the boy’s devotion to Lord Vishnu allowed them to escape unscathed while Holika, from whom the festival derives its name, was burned to death despite her immunity. 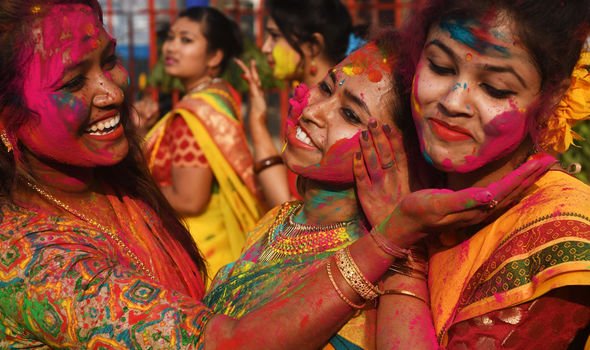 WhatsApp messages and wishes to send during Holi:

Holi is the time to develop that understanding and love with each other!

This Holi let the coluor of love and friendship spread through your life!

Have fun and love this Holi and let the flower of happiness bloom into your life!

Curved in the hues of love and faith the festival of Holi had arrived at our door step.

The sweetness of Gujias, water balloons, melodious songs and the bright colours are the real ingredients of the celebration of Holi. Wish you a very happy and wonderful Holi.

If wishes come in rainbow colours then I would send the brightest one to say Happy Holi.

A true and caring relation doesn’t have to speak loud, a warm message is just enough to express the heartiest feelings. 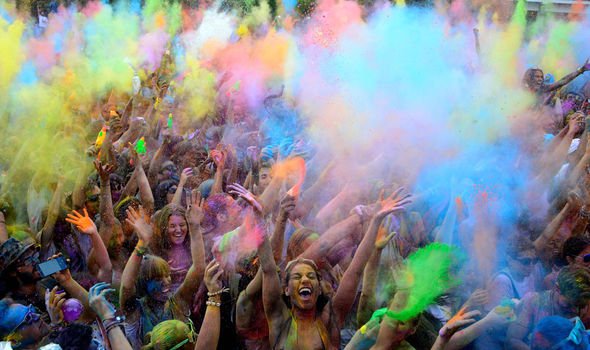 How is Holi celebrated?

On the eve of the festival, large pyres are lit to signify the burning of evil spirits.

On the actual day of Holi, entire streets and towns are transformed into swathes of red, green and yellow as people throw coloured powder into the air and splash them on others.

Each colour carries a meaning, with red, for example, symbolising love and fertility, while green stands for new beginnings.

People also splash water on each other in celebration.

Water guns are used to squirt water, while balloons filled with coloured water are also thrown from rooftops.

Later in the day, families gather together for festive meals.

Participants are also known to distribute sweets among neighbours and friends.

Tags: headlines, religion, technology
You may also like
Celebrities News