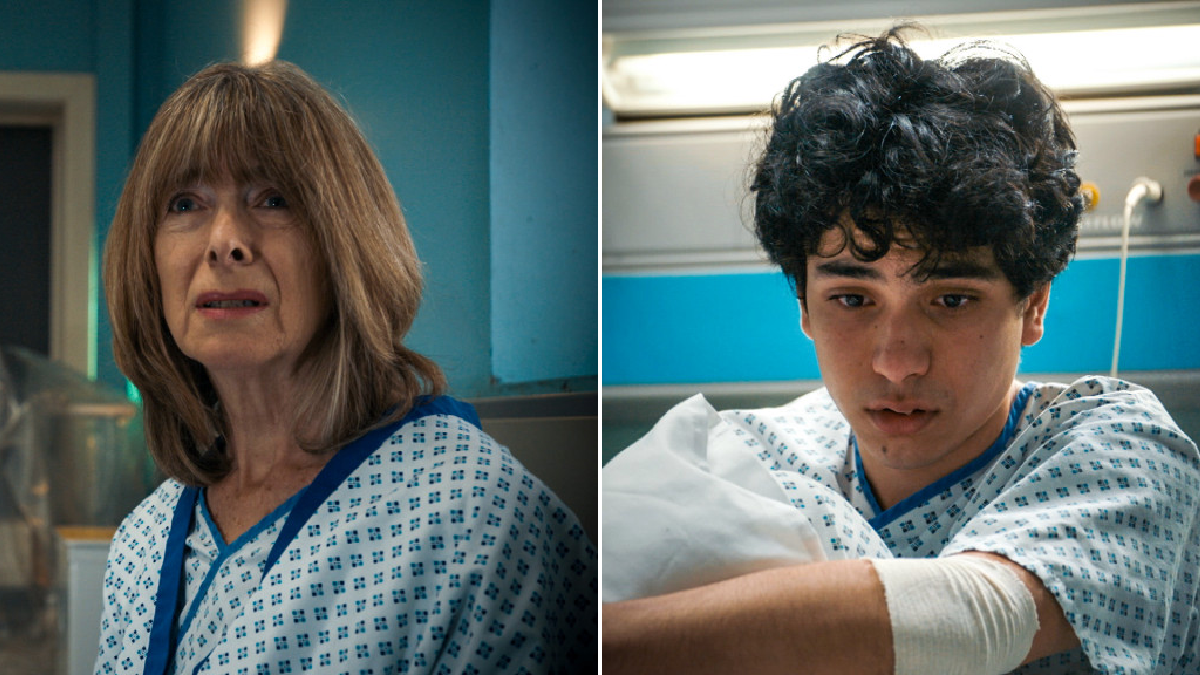 It’s been a long time since we’ve seen Dominic (David Ames)’s mum Carole (Julia Deakin) at Holby City – in fact she’s been conspicuously absent considering he had a life-altering accident and has been struggling ever since. Fans wanted to know where Carole, with her own special brand of motherly love and plain-speaking, was when her boy needed it the most.

It turns out that Carole wasn’t there because Dominic had chosen not to tell her about the accident – though it takes her only a few minutes to work out that Dominic ‘seems a bit different.’ She’s come to the hospital with a burn to her arm that’s become infected, but is that all there is to it? Or is something more serious going on?

Ange (Dawn Steele) confiding in Kylie (Amy Murphy) about her pregnancy was never going to be the safest idea, considering that Kylie has a habit of letting her mouth run away with her, plus she’s flatmates with Josh (Trieve Blackwood-Cambridge), the baby’s father. So it’s only a matter of time before Ange’s secret gets out – but how will Josh react?

The recent CQC inspection went about as badly as it could have done, and as a result Holby is having its first day under special measures, with rumours going around that AAU is going to be closed down. This is exactly the time when you need strong leadership to guide you through, but CEO Henrik Hanssen (Guy Henry) is nowhere to be found.

Max (Jo Martin) does her best to cover for him, but she’s unsettled by the arrival of Abs Shah (Ali Hadji-Heshmati), Sahira’s son. He says he fell down some steps but it soon becomes clear that Abs is struggling with his mental health following the death of his abusive grandfather Reyhan. As Max tries to help him, she begins to wonder what’s behind his distress.

What secret is Abs hiding?

And where is Hanssen when Sahira’s son – and the hospital – needs him?