Nothing catches the eye more than glitzy diamond commercials. There’s great effort toward showing off the jewels, and the ad plot almost always includes a sizzling touch of romance. But whatever the scenario, these commercials go to great lengths to demonstrate how special and significant diamonds can be.

Out of the numerous musical and romantic commercials featuring diamonds, there’s an especially exciting one — Swiss manufacturer Chopard’s “Happy Diamonds” commercial featuring Julia Roberts. The “Pretty Woman” actor’s impact on the commercial is evident, with the smiley star dancing through an engaging track amid fast camera movements. Like the shimmering diamonds in the “The Happy Diamonds” commercial, Roberts looks absolutely mesmerizing, too.

Of course, the song that plays in the “Happy Diamonds” commercial complements Roberts and the shiny visuals on the screen. The upbeat track is engaging and makes one wonder why it sounds so familiar. So who sings the tune? Keep on reading to find out! 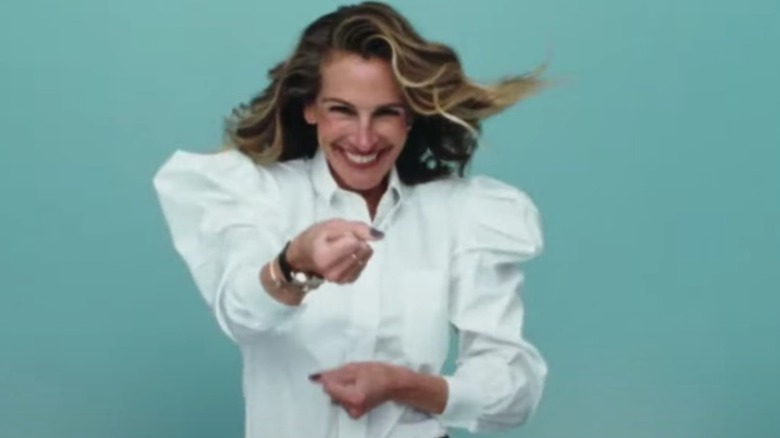 The upbeat ad song in the “Happy Diamonds” commercial featuring Julia Roberts is titled “Upside Down.” The track is co-written and sung by English singer, songwriter, and actor Paloma Faith Blomfield. The singer released her debut album “Do You Want the Truth or Something Beautiful” in 2009, per IMDb, and brought an unorthodox approach to the studio and stage. But that was only the beginning!

Like her many other songs, the track “Upside Down” — featured in the Chopard commercial — received much attention. It debuted at number 89 on the UK Singles Chart before climbing up to 58, and then peaking at 55 the same month, per the UK’s Official Charts. “Her squeaky warble in combination with her band’s pop-ish sensibility is bubbly and happy. The call and response vocals between Faith and her backup guys fully engage this listener,” gushed a fan in a 2012 review on the platform Rate Your Music.

Growing in her career, Faith amassed hits (“Only Love Can Hurt Like This,” “Picking Up the Pieces,” and “Better Than This”) and won the Glamour Award for UK Music Act in 2014, as well as the Brit Award for British Female Solo Artist in 2015, per Music+Sport.

What is Paloma Faith up to now? 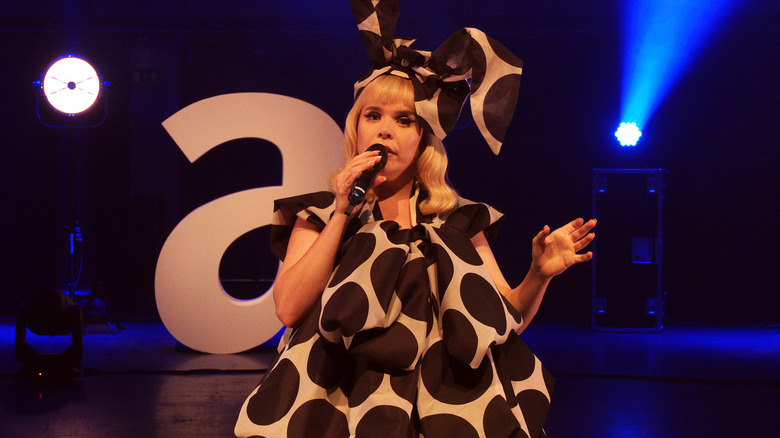 Paloma Faith likes to keep herself busy. She’s been a judge on “The Voice UK” since 2012, along with an array of shows.

Faith also released her fifth studio album, “Infinite Things,” in 2020. Talking to The Guardian, Faith revealed that due to the pandemic, she felt compelled to drop some of the upbeat songs in the album. “It felt like the lyrics could be perceived as a bit patronizing,” she explained. CelebMix said the 13-song album showed Faith’s “inherent penmanship and emotional understanding of the human heart and all of its complexities.”

Next was the April documentary “Paloma Faith: As I Am.” It followed her life as she returned to work after giving birth to her first child with French artist Leyman Lahcine. The documentary was filmed over three years and showed how Faith tried to balance motherhood between jet lag and tours. “I don’t understand why I can’t have everything. If anyone can do it, it’s me,” she told GQ in March. Now with her family adding to her already impressive perspective, fans can definitely expect more from Faith.

Tags: Cho, Here’s, in, Song, the, why
You may also like
Celebrities News