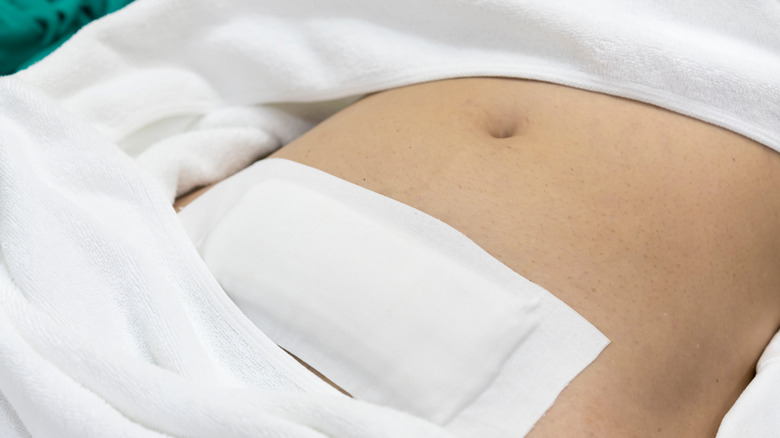 You’ve probably heard about hysterectomies in passing, but quite possibly don’t know much about the specifics of them, despite the fact that they’re very common within the United States. In fact, nearly 500,000 women undergo a hysterectomy every year, making the procedure the second-most common surgery among women within the country (via Women’s Health).

As WebMD tells us, a hysterectomy is, quite simply, the surgical removal of the uterus. There’s a lot more to this surgery, however, particularly in the healing process and aftermath of the surgery. In many cases of a hysterectomy, the fallopian tubes and ovaries might be removed, as well, depending on the circumstances. There are lots of benefits to the removal of all three, such as protecting against ovarian cancer and preserving hormonal levels, per Yale News. But for the most part, a standard hysterectomy typically involves only the removal of the uterus. Some of the most common reasons for going through with this major surgery include the presence of cancer, endometriosis, uterine fibroids, infection, abnormal bleeding, uterine prolapse, and more. The general consensus is that, while hysterectomies are certainly major surgeries, the risk is ultimately worth it, due to the reduction or elimination of disease, pain, or negative side effects (via Healthline).

Here are the most common side effects 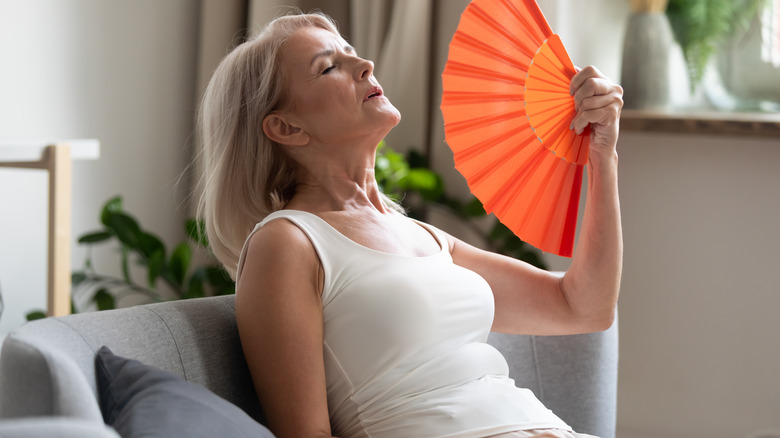 One of the most important elements to understanding a hysterectomy is the effect that it can have on your body post-surgery. First of all, due to the removal of the uterus — as well as the occasional linked removal of the fallopian tubes and ovaries — traditional pregnancy is no longer possible, as the uterus is where the baby grows during a pregnancy. That being said, this doesn’t mean you couldn’t become a parent after the surgery. One of the most common alternatives is surrogacy IVF, in which the embryos are transferred into a surrogate, per Orm Fertility. However, some studies suggest that another option is uterus transplantation, in which a healthy uterus is transferred to another after they heal from their hysterectomy. That’s a very risky and complicated procedure, however, that has only been successfully achieved in fewer than 100 people worldwide (via MedicineNet).

After a hysterectomy, your body will immediately enter menopause, regardless of your age. Studies show that if your surgery leaves one or both of your ovaries intact, although your body will still go into menopause, it could take up to five years for it to begin. The reason for this post-surgical side effect is because your body is producing less estrogen. This means that you could also experience hot flashes, depression, vaginal dryness, fatigue, night sweats, and others (via the NHS).

Hysterectomies have a high success rate 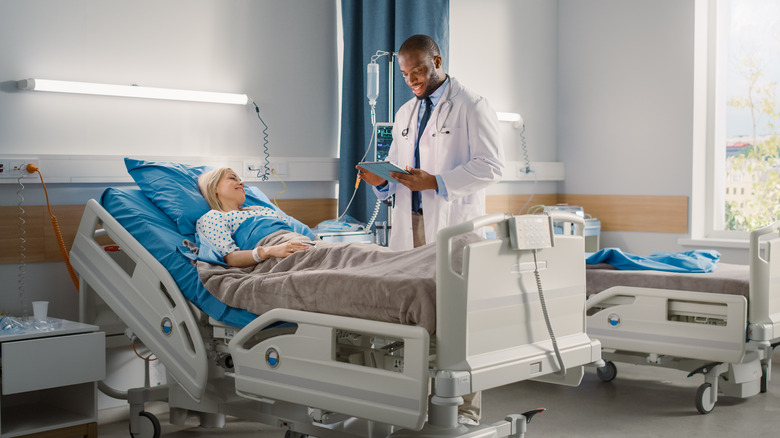 Other ways in which the body is affected by a hysterectomy include possible issues with the bladder and bowel, vaginal bleeding, vaginal discomfort, anxiety, mood swings, changes in sexual desire, and others (via MedicineNet). A lot of people also experience depression after their surgery, whether due to hormonal changes or the loss of one or more organs.

But it’s not all doom and gloom — deciding to have a hysterectomy can have a hugely positive effect on your life. Most commonly, if a person gets to the point where issues with their reproductive organs are so serious that they’re considering surgery, then they’re probably in great pain or discomfort, and possibly face serious health risks.

Hysterectomies have high success rates. According to a study per the National Library of Medicine, of 435 women who went through with a total laparoscopic hysterectomy, 427 women (98.2%) had totally successful surgeries. In addition, the death rate is incredibly low, at less than 1%, per the National Women’s Health Network. Therefore, the chances of the issues being addressed and solved due to the surgery are very high. The procedure can stop heavy bleeding, permanently relieve pain, treat or reduce chances of cancers, and more (via Healthline).

However, there are alternatives to hysterectomies if you decide you’re not ready, or if a major surgery isn’t the path you want to take. Some of these options include exercising, medicine, or less extreme treatments and surgeries (via Women’s Health). While these options don’t necessarily guarantee the same results, they could offer temporary relief for the issues at hand.

Tags: 'Really, happens, Here’s, to, what
You may also like
Celebrities News