Gadzooks! Today Boris Johnson’s hair went rogue. AWOL. Defected to the dark side. As he entered the Downing Street press conference yesterday, you sensed a collective shudder pass through the nation at this alarming new tonsorial development.

Reader, Boris’s hair had mutated. It had turned into a worrying new strain. Each follicle had performed, as the PM himself might put it, some sort of biological jiu-jitsu on itself to create a wreckage resistant to combs, gels, waxes or mousses. 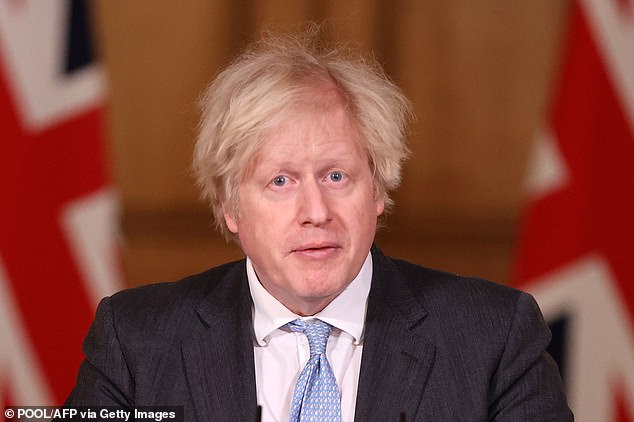 As pressers go, this was rather a cheerful one. Infection rates are dropping fast. Yet still, Prime Minister Boris Johnson remained cocooned in caution as his haircut looked like a new strain

Like a nasty cut turned sceptic, the PM’s thatch is something Sir Patrick may now wish to keep more of an eye on.

As pressers go, this was rather a cheerful one. Infection rates are dropping fast. Down 80 per cent since the end of the year. Yet still, the PM remained cocooned in caution.

For now we all must stay inside. Summer holiday plans? Best forget about making any for a while.

Hairdressers? Well, they won’t be reopening for at least another three months. (Uh oh! The Johnson barnet could be with us for some time yet.)

Earlier we had PMQs, which now follows such a rigid and predictable formula we could be watching an episode of EastEnders.

It goes something along these lines. Sir Keir Starmer asks the Prime Minister questions to which he knows full well the Government isn’t yet in a position to answer. 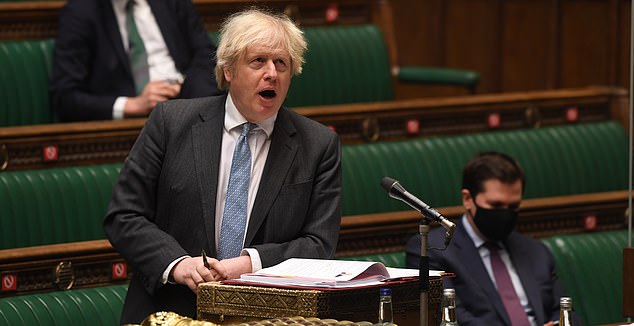 PMQs now follows such a predictable formula we could be watching an episode of EastEnders as Boris bobs and weaves awkwardly and accuses Starmer of carping from the sidelines.

Boris bobs and weaves awkwardly and accuses Starmer of carping from the sidelines.

Sir Keir then pirouettes with mock horror around the dispatch box as though he’s just sat on a particularly prickly thistle.

Meanwhile, SNP leader Ian Blackford asks a question which makes him bubble with affected rage before he’s even got an answer.

His head shakes, his jowls wobble. Boris responds to his query with a playful poke in the tummy. Tensions spill over.

This week, Sir Keir focused on business. He demanded to know when the business rate relief and the furlough schemes would be extended.

Boris told him to wait until the Chancellor delivers his budget next month. No, Sir Keir stamped, he wanted to know now.

The CBI did too apparently. As did the FSB, the IoD and the BCC, he said. Doubtless the RSPB and the CIA held strong views on the matter too but Starmer appeared not to have contacted them. 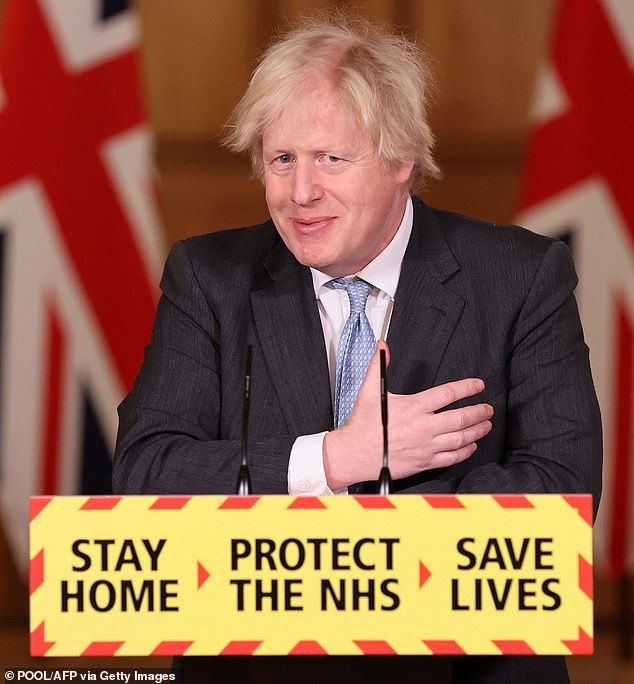 Boris congratulated the Labour party on its ‘Damascene conversion to business’ having stood at the last election on a ticket to destroy capitalism.

He accused Starmer of ‘bandwagoneering’. Sir Keir said Boris was leaving things to the ‘11th minute’. 11th minute? Boris seemed to have messed with Sir Keir’s usually pin-sharp brain. (It was the hair, I tell you.)

Blackford’s gripe this week concerned child poverty, an attack which might have carried more zing if his girth didn’t look as though it retained a strong familiarity with the tasting menu at Le Gavroche.

Boris accused the ‘Scottish Nationalists’ of ‘morphing into an ever more Left-wing party’ which believes taxpayers should pay for more and more.

‘We want to get people into jobs,’ said Boris. ‘And it is in that respect that the Scottish Nationalist Party is, I’m afraid, failing…’

It was here that Sir Lindsay decided to stage one of his hurried interventions, accusing the PM of deliberately trying to wind Blackford up.

‘Do let’s drop it,’ he implored the way an exasperated parent admonishes squabbling infants in a rear-view mirror.

Recess next week, but do tune in next time for another enthralling episode. Or possibly much more of the same.